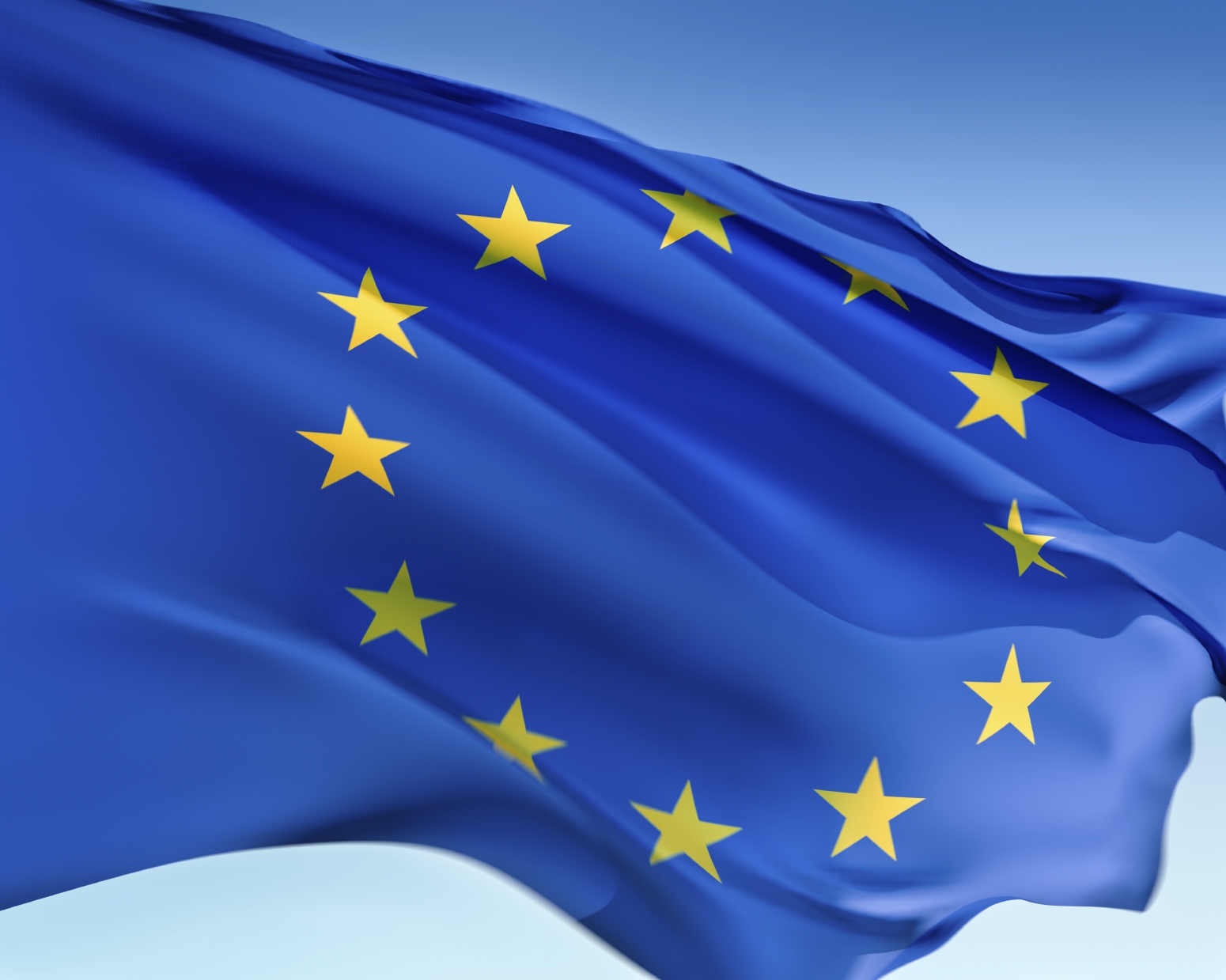 Six NGOs have come together in a bid to strongly urge Irish voters to vote 'NO' in Ireland's upcoming referendum on the Lisbon Treaty.

Six non-governmental organizations (NGOs), of which the ANH is one, collectively representing consumers from all 27 European Union (EU) countries, are strongly urging Irish voters to vote ‘No’ in Ireland’s upcoming referendum on the Lisbon Treaty. Rather than resulting in Europe becoming more efficient, as the treaty’s supporters claim it would do, we and the other NGOs, are deeply concerned that a ‘Yes’ vote in Ireland on June 12 and the treaty’s subsequent enforcement by Brussels would only further worsen the EU’s growing democratic deficiencies. The supposed political and procedural efficiencies that would result from the treaty’s ratification, they argue, can only be achieved via the further compromising of democracy, personal privacy and freedom of choice - all three of which are now increasingly under threat in the EU.

Dr Robert Verkerk, executive director of the Alliance for Natural Health, said: “The citizens of Europe are fast realizing that the European game plan extends way beyond just a common market, but now encroaches on some of the principles democracies the world over have held most dear, especially freedom of speech and freedom of choice. One of the areas likely to be most compromised is our freedom of choice in healthcare, and particularly our freedom to choose natural or alternative approaches, including the avoidance of vaccinations for our children. We urge the people of Ireland to vote ‘no’ on June 12 - a ‘yes’ vote is little more than a slippery slope to centralised, dictatorial control from Brussels.”

"Italians and people from many other European nations are relying on Ireland to send a strong message to the European bureaucracy: Is it so difficult to understand that people in Europe want more of a say in their political future? A united Europe may be a positive development but it becomes meaningless and even damaging if the decision to unite is not made by the people themselves and the way to do it is determined over our heads," says Kathleen Gordon, speaking for La Leva di Archimede. "After all, should it not be our Europe?"

Paul Anthony Taylor, External Relations Director of the Dr. Rath Health Foundation and the campaign’s coordinator, added: “Surveys show that a majority of European citizens want referendums on the Lisbon Treaty. Nevertheless, despite the fact that citizens in France and the Netherlands had already voted ‘No’ to 95 percent of its content in 2005, European governments, including those of France and the Netherlands, have chosen to sign this treaty against the will of the people and without referendums. This is not democracy, but dictatorship, and an ominous sign of what is to come if this treaty is adopted. European citizens should have the right to control their own lives and make their own decisions about what is best for themselves and their families. A ‘No’ vote in Ireland on June 12 would therefore send a strong signal to the EU that any political system must retain the support and respect of its citizens, rather than their resentment, or else it will perish.”

Lutz Kliche, Chairman of the Alliance for Health, Peace and Social Justice commented: “It is truly outrageous that in an issue of such significance and long term consequences for their future, the citizens of Europe are not allowed to decide. Looking at the way the so called ‘reform treaty’ was pushed through the German parliament and the Bundesrat (which includes state governments), two things become more than clear: the treaty is of utter importance to the power groups in Europe, and by no means are we, the people, considered to have a say in this. This gives great importance to the decision of the Irish people, them being the only ones who have to be consulted by constitution. We therefore call upon our Irish co-European citizens to reject the reform treaty as a fraudulent manoeuvre, a dirty trick, to take away basic citizen’s rights under the guise of so-called progress. This progress only serves the multinationals and their stakeholders.”

Scott Tips, President of the National Health Federation, stated: “Given that the Irish referendum is the only vote being held on this treaty, it is extremely important that this referendum is being held and that the desires of the citizens of Ireland be heard. It is unfortunate however that other European member states have chosen not to allow their citizens to vote on this issue and I therefore congratulate the Irish government for evidently being the most democratic state in the European Union and permitting this vote to take place.”

Zeus Information Service hopes that the Irish people will vote 'No' and turn the European Project into disarray. Louise McLean, its Editor, said: “A strong 'No' vote is threatened by Irish farmers who realise that EU legislation will severely hamper their agricultural industry. In what is termed by the EU as 'Post-Democracy' we will see a massive assault on our freedoms and privacy as Common Law - which has been enjoyed for centuries in the UK - is swept away. There are powerful moves through EU directives to curb our right to buy or treat ourselves with natural therapies, food supplements and alternative medicines. Little do people know that 110,000 EU laws which have quietly been transposed into UK law will be enforced after the new Lisbon Treaty is ratified and most certainly by 1st January 2009.  Something very sinister called Common Purpose has now infiltrated every institution in Europe to prepare people for membership of the European Union.” ? ?

The six organizations are campaigning for citizens to have the right to vote in referendums whenever significant changes to laws affecting them are made at either national or European level. The campaign, the European Referendum Initiative, is being backed by the Alliance for Health, Peace and Social Justice; the Alliance for Natural Health; the Dr. Rath Health Foundation; La Leva di Archimede; the National Health Federation; and Zeus Information Service.

Full details can be found at www.eu-referendum.org

The Alliance for Health, Peace and Social Justice (AGFG, according to its German initials) is a political party founded in 2005 by people from the natural health movement in Germany. We believe that the issue of health – and, especially, that of ill health – cannot be fully appreciated unless one examines it in its wider, political, context. Our name comes from our belief that we cannot achieve health for all unless we are able to build a planet of peace and social justice that is based upon a healthy relationship between mankind and nature. For this reason, our current priority focuses upon defending mankind and nature against the genetic manipulation of plants and seeds. Towards this goal, we have recently initiated a campaign for a European Referendum on GMOs.

The Alliance for Natural Health (ANH) is an international, non-governmental organisation, based in the UK, founded in 2002, that works on behalf of consumers, doctors, health practitioners and natural product suppliers worldwide, to protect and promote natural healthcare, using 'good science' and 'good law'. The ANH's objective is to help develop an appropriate legal-scientific framework and environment for the development of sustainable approaches to healthcare. Within this setting, consumers and health professionals should be able to make informed choices about a wide range of health options, and in particular those that relate to diet, lifestyle and non-drug-based or natural therapies.

The Dr. Rath Health Foundation is a non-profit organization dedicated to improving human health on a global scale through research, education and the defence of patients' rights to choose natural health therapies. The scientific discoveries of its founder, Dr. Matthias Rath, a pioneer in natural health research, offer major breakthroughs in the natural approach to heart disease, cancer and other health concerns. His vision, backed-up by his extensive research, has unleashed the potential of controlling these diseases through natural means. As a result, the Foundation has been instrumental in promoting natural health education and people's health rights throughout the world.

La Leva di Archimede, an association for freedom of choice and correct information, represents natural health enthusiasts, consumers, health professionals and distributors of natural health products. La Leva was founded in 1998 and has worked to protect access to nutrition-based prevention and healing in Italy. La Leva issues occasional printed updates to its Italian supporters and provides information through its popular multi-language websites. We co-ordinate our actions with similar associations both in Europe and overseas, promoting natural healing. We believe medical reform is long overdue as profit-driven pharmaceutical control of the medical paradigm and often reckless pollution of our environment has led to reduced choice, inefficiency and widespread poor health.

Established in 1955, the National Health Federation is an international consumer-education, health-freedom organization working to protect individuals' rights to choose to consume healthy food, take supplements, and use alternative therapies without government restrictions. With consumer members all over the world, and a Board of Governors and Advisory Board containing representatives from 7 different countries, the Federation is unique as being the only consumer health-freedom organization in the world to enjoy official observer status (able to speak out for health freedom) at meetings of the Codex Alimentarius Commission, the highest international body on food standards.

Zeus Information Service came into being in February 2003. Its purpose is to help unify the Worldwide Health Freedom movement – people and organisations who believe in the value of natural health therapies and want to continue using them. Subscribers receive free Zeus News bulletins containing important articles from the global press and top websites – on Health Freedom, Alternative Medicine, Homeopathy, Pharma, Environment, GM Food, Vaccines andPolitics. The subject of health is extremely wide ranging and Zeus presents articles on a host of key subjects affecting it.