Home News Heart disease, the new epidemic sweeping the gorilla enclosures in a zoo near you 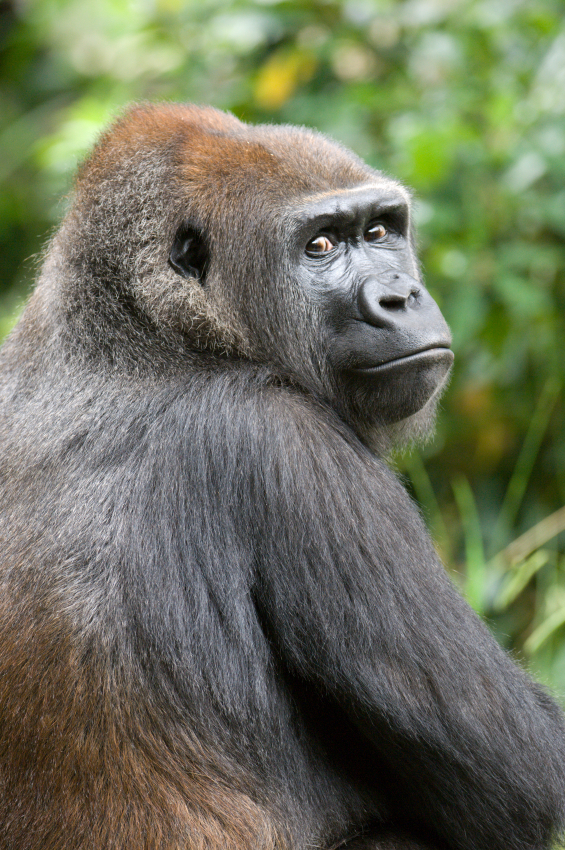 Heart disease, the new epidemic sweeping the gorilla enclosures in a zoo near you

Q: What happens when you feed animals, who share 98% of their genotype with humans, a diet high in sugar and refined carbohydrates and low in vitamin C? A: Heart disease. No surprise there then.

The recent epidemic of heart disease among gorillas in zoos may have a simple solution.   Biologically, the gorilla is similar to humans and other high order primates.  This article concentrates on one startling similarity – the inability of primates to synthesize ascorbic acid commonly known as vitamin C.   The great apes share a common genetic defect with humans – the inability to make the enzyme L-gulonolactone oxidase in the liver, an enzyme that would otherwise allow primates to convert the sugar glucose into ascorbic acid. Geneticists refer to this defect in primates as the GLO mutation.   Two time  Nobel prize-winning chemist Linus Pauling theorized that this defect is the cause of heart disease.

This deficiency in primate metabolism, the inability to synthesize ascorbic acid,  is rare in the animal kingdom.  Almost all other species such as lions, tigers,  bears, dogs, cats, cows, chickens, elephants, etc.  make their own vitamin C, and they make a lot every day.  Wild animals generally make more vitamin C than domesticated animals (Levy, 2006).  The species that make their own vitamin C share another trait; they do not suffer the same cardiovascular disease that afflicts the few species with the GLO defect such as humans, primates, and guinea pigs.

The gorilla community in the world’s zoos is a microcosm of the human condition.   The current epidemic of heart disease in the gorilla may provide scientists the means to clinically study Pauling’s ideas – studies that so far have been lacking in  humans.  There is little reason to refrain from testing the Pauling ideas in gorillas. The mere fact that the great apes are succumbing to heart disease supports Pauling’s theory.  Should the two time Nobel prize winner Linus Pauling be right, then vitamin C supplements will solve the gorilla heart disease problem in a matter of weeks.  If Linus Pauling is wrong, little or no harm can be expected from trying his nontoxic therapy, and the same logic applies to heart disease in humans.

It's no surprise that the species that shares 98% of our genotype is reacting the same way as humans when they are fed a diet high in refined carbohydrates, have reduced access to nutrients (particularly vitamin C), are crowded in zoos away from their natural habitat with increased stress levels, subjected to a level of electro-magnetic radiation common in cities and vulnerable in the disintegration of their normal social interaction.  Heart disease is the new epidemic—look familiar?

We can only hope that the vets in charge don't abandon their vitamin supplementation programs and follow in the footsteps of orthodox medicine, medicating these wonderful animals with statins and the like.  That would be the final travesty of all—first poison them with junk food and get them addicted to sugar so they avoid their natural instincts for fresh food, then finish them off with drugs if the heart disease doesn't kill them first.