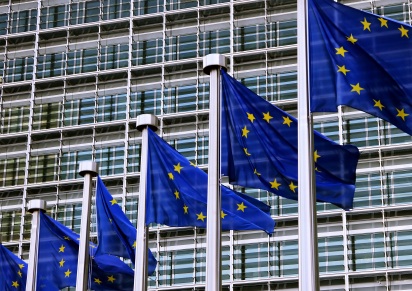 ANH presented its key concerns over a number of key pieces of EU legislation&nbsp;to the European Commission yesterday in Brussels,&nbsp;along with MEP Marian Harkin and the Irish Association of Health Stores.&nbsp;

A delegation from the Irish Association of Health Stores (IAHS), the Alliance for Natural Health (ANH) and Irish member of the European Parliament (MEP), Marian Harkin, met with senior European Commission officials yesterday to voice their concerns over the severity of likely imminent restrictions on natural health.

Jill Bell, chairman of the IAHS said, “Irish consumers’ concerns about the direction the European Union is heading in is being influenced significantly by the impending restrictions on natural health products. We had over 60,000 consumers sign our petition in Irish health stores to register their concerns over EU-wide vitamin and mineral dose restrictions likely to hit us in 2009 or 2010. We really hope that the European Commission is going to listen.”

Presenting the key technical concerns to Paola Testori Coggi, Deputy Director General of the Health and Consumer Protection Directorate-General of the European Commission, and Basil Mathioudakis, Head of the Food Law Unit in the Commission, was Dr Robert Verkerk, executive and scientific director of the ANH.

Dr Verkerk added, “The European Commission needs to re-think its approach or small businesses across Europe that will be impacted by the impending measures will inevitably be forced to consider a legal challenge.”

The delegation indicated that the European Commission, until now, has been taking soundings from a particular sector of the natural products industry that represents larger companies—including the pharmaceutical industry—to the exclusion of the interests of many small to medium size enterprises (SMEs) across Europe.

Dr Verkerk commented that is was heartening to have been heard by the European Commission and the Commission has asked for further interaction over some of the key concerns raised by the delegation. He also indicated that there was a real risk that some natural health products, such as those that have been used traditionally as medicines in non-European cultures, could fall between various stools in EU legislation and could be legislated out of existence simply because the laws were technically impossible or prohibitively expensive to access.

Erica Murray, also representing the IAHS at the meeting in Brussels, said,

“The voice of smaller businesses operating in the natural products industry has not been heard to-date by those drawing up the regulations. Yesterday’s discussions established the possibility of a new dialogue with the Commission and our sector, and we now feel there’s everything to play for. The meeting has demonstrated that the positions adopted by organisations such as the IAHS and the ANH do indeed have validity both in science and in law.”

Marian Harkin, a Member of the European Parliament (North and West European Constituency of Ireland), who led the delegation, added, "While I advocated a Yes vote in the recent Lisbon referendum, I know, from my own experience in the EU and from the concerns expressed by many citizens, that people are very concerned about the fact that a "one size fits all" policy sometimes emerges from the EU. One such issue is that of natural health and it is very important to people who want to be in a position to make their own informed choices, rather than having to follow EU dictates.  More and more people are choosing to take greater responsibility for their own health and the ability to buy safe and effective natural remedies that they are paying for out of their own pockets, is of great importance to them. In my opinion European legislation, should above all else, respond to the real needs of citizens in each Member State and in the case of the Supplements Directive, it should also respond to the best available scientific evidence in order to guarantee the most accurate information for consumers so that they can make informed choices."

ANH Briefing Notes – presented jointly with the IAHS at the meeting:

1.   Link to position on the Food Supplements Directive:

Irish Member of the European Parliament for the North and West European Constituency of Ireland.

The Alliance for Natural Health (ANH) is an international, non-governmental organisation, based in the UK. It was founded in 2002, and works on behalf of consumers, medical doctors, complementary health practitioners and health-product suppliers worldwide, to protect and promote natural healthcare, using the principles of good science and good law.

The ANH’s overriding goal is to help develop appropriate legal-scientific frameworks for the development of sustainable approaches to healthcare, while also helping to promote natural health as a viable option in mainstream healthcare. Within this setting, consumers and health professionals should be able to make informed choices about a wide range of health options, and in particular those that relate to diet, lifestyle and non-drug-based or natural therapies, so that they may experience their benefits to the full while not exposing themselves to unnecessary risks.

The ANH has pioneered the concept of sustainability as applied to healthcare—a concept that is already the most acceptable long-term approach for a variety of other industries, including agriculture, energy, construction and tourism. But pharmaceutically based, orthodox western medicine has strenuously avoided associating itself with the notion of sustainability. Orthodox medicine is now considered to be the third leading cause of death in industrialised countries in the West, and it is increasingly threatening and continuing to replace long-established traditional systems of healthcare from Asia, southern Africa, South America and other parts of the world.

The IAHS is a professional trade association, which represents over 80% of the health stores in the Republic of Ireland.

Health food is the fastest growing sector of food retailing in Ireland, and representing over 100 member stores, the IAHS exists to ensure that health food retailing is ethical, responsible, truthful and professional.

Founded in 1986, the Association operates under a written constitution and member stores are required to adhere to a strict Code of Ethics