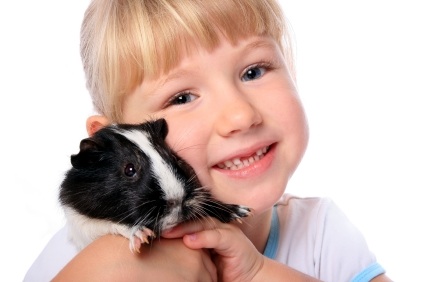 Last week, we heard that doctors are being told to prescribe&nbsp;cholesterol-lowering drugs to&nbsp;kids as young as eight. Would you let this happen to your child? Has your doctor considered the causes of your kid's weight problem and how to manage them? &nbsp;What about off-label prescription risks? ANH reviews the madness and shows how kids are being used as guinea pigs.

In the mind of many doctors faced with an overweight kid in their clinic, the view of the American Academy of Pediatrics is going to be influential in determining their treatment protocol. On 7 July, the Academy published guidelines that told doctors it was a good idea to prescribe cholesterol-lowering drugs like statins to kids as young as eight, because there was more evidence showing that our journey towards heart disease starts at a tenderer age than was previously thought.

While this advice may be causing a bit of a furore in some medical circles, are we really going to see the American Academy of Pediatrics changing its position? Unlikely, we would say.

UK medical writer Jerome Burne expressed the concerns of a number of leading UK medics clearly in the Daily Mail. Further concerns have been expressed in the USA.

Here are the ANH's 10 key concerns:

Popping a pill—or a statin capsule—might work wonders for the bank balances of the pharmaceutical manufacturer and its supply chain, but it raises some very serious concerns about the long-term risks. We see it as a classic example of unsustainable, orthodox, short-sighted healthcare at work. Have a look at our White Paper on sustainable healthcare, and get behind the move to transition towards biologically-compatible approaches based on natural foods, natural products and lifestyle-based approaches to healthcare.

What about off-label prescription risks to kids?

Kids are being targeted from all angles. Let's bear in mind that a study in the Archives of Internal Medicine (Radley DC, Finkelstein SN, Stafford RS. Off-label prescribing among office-based physicians. Arch Intern Med. 2006; 166(9): 1021-6) recently showed that one-fifth of all drugs used in the US are off-label. This means that they are used for a purpose that is not specifically listed on the label, and for which clinical trials have not been undertaken for the purposes of getting the drug approved by the likes of the FDA. The study, even more remarkably, showed that around 70% of the off-label usage was not based on any strong scientific evidence! Read more about this issue in an excellent article entitled Dangerous Practices by Jerome Burne in the Independent.

But, adding insult to injury, the FDA is telling doctors not to worry and that off-label prescription is just fine! In the UK, the medicines regulator, the Medicines and Healthcare products Regulatory Agency (MHRA), reckons it's powerless and can't do anything as doctors can prescribe what they want. Ummmm.....

Looking again at the situation with regard to kids—it's extremely worrying to say the least. There are generally absolutely no relevant data for off-label use on children. Are we prepared to let our kids be used as guinea pigs, just to deepen the cash reserves of Big Pharma?

Let's look after our kids properly

This is an absurd situation, in our view, and, most likely, in the view of anyone who recognises the role of diet, nutrition and exercise in heart disease and other complex diseases. Like the World health Organization, for example? Check out the WHO's Global Strategy on Diet, Physical Activity and Health. It was developed because of the recognition that diet and physical activity are two of the most important factors contributing to the biggest burden on healthcare systems around the world, from the Big 5 chronic diseases, namely heart disease, cancer, obesity, diabetes and osteoporosis.

Big Pharma clearly sees these diseases as its biggest market—but more and more people are waking up to the fact that most drugs are not only comparatively ineffective—they can also be downright dangerous!

So— will you let your kids be prescribed statins or off-label drugs?

Or will you use food, exercise and common sense in place of drugs?