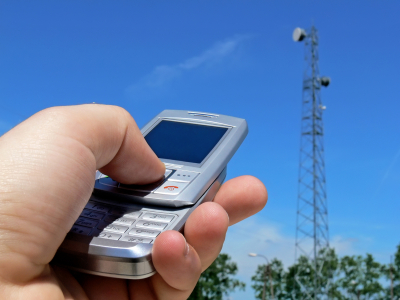 Director of the University of Pittsburgh Cancer Institute and UPMC Cancer Centers becomes the first US cancer centre director to issue a warning to his 3000 strong staff on the dangers posed by mobile phones and their potential to cause cancer.

The director of the University of Pittsburgh Cancer Institute and UPMC Cancer Centers plans to issue an advisory to about 3,000 faculty and staff today about the possible health risks associated with cellular phone use.

"Recently I have become aware of the growing body of literature linking long-term cell phone use to possible adverse health effects including cancer," Dr. Ronald Herberman said in the memorandum. "Although the evidence is still controversial, I am convinced that there are sufficient data to warrant issuing an advisory to share some precautionary advice on cell phone use."

The advisory suggests certain measures to limit exposure to electromagnetic radiation emitted by the devices, such as shortening the length of conversations or keeping the phones away from the head by text messaging or using headsets or speaker phone options. It also recommends that children not use cell phones except in emergencies.

A child's developing organs "are the most likely to be sensitive to any possible effects of exposure," according to the document.

In an interview, Dr. Herberman said he hoped the suggestions would spread to others within Pitt and the University of Pittsburgh Medical Center, as well as to the general public.

He noted that other countries have recommended limits on exposure, and that in Canada, public health officials in Toronto have advised young people to limit cell phone use.

But while there is growing support for limited use, it is not universal.

There is nothing wrong with taking precautions, but "the bottom line, at this time, is that there is no conclusive evidence tying cell phone use to brain cancer," said Dan Catena, a spokesman for the American Cancer Society.

Dr. Herberman believes he is the first U.S. cancer center director to approve the release of such an advisory. And a spokesperson for the National Cancer Institute said officials there were unaware of similar advisories issued by other center directors.


We salute Dr Ronald Herberman, director of the University of Pittsburgh Cancer Institute and UPMC Cancer Centers, for his decision to stand alone and be the first US cancer centre director to issue a warning to his 3,000 strong staff on the dangers of mobile phones and the cancer risk they pose.  It takes courage to put your head above the parapet in the orthodox medical community and echo the warnings issued from a sector they generally regard as 'alternative' and 'fringe'.  One hopes that he will remain in his position long enough to see others join his campaign.

You can find out more information on the dangers of cell phones, WiFi and electro-magnetic radiation (EMR) in our campaign page on the subject.  You'll find links to much of the leading-edge research in the field carried out by some of the world's most distinguished scientists in this field to help you make an informed decision on the risks posed.  One can only wonder how the spokesperson for the American Cancer Society, Dan Catena, has managed to miss the plethora of research papers that are out there.

It's lucky we live in such an information-rich age and have the ability to take responsibility for our own education.  Awareness empowers action!  As consumers we have the power to vote with our wallets and force a change in direction to safer and healthier technology, that still retains the convenience factor we've all become so dependent upon.  Please distribute this information as widely as you can.

Download the EMFacts information guide from the EMFacts Consultancy to show you which are the most dangerous applicances in your home and how best to minimise the risk for you and your family.