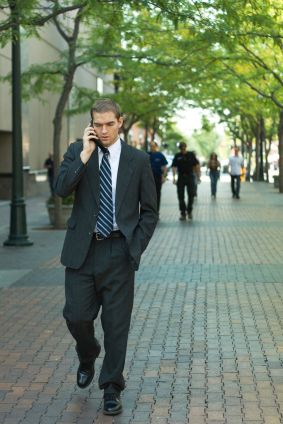 First Germany, then Sweden and now the UK falls into line behind the 2006 EU Directive giving governments, public bodies and private investigators access to personal communications data across the whole of Europe.&nbsp; Phone calls, emails, texts, internet usage, skype and VOIP calls&mdash;say goodbye to the last shreds of your privacy.

Local councils, health authorities and hundreds of other public bodies are to be given the power to access details of everyone's personal text, emails and internet use under Home Office proposals published yesterday.

Ministers want to make it mandatory for telephone and internet companies to keep details of all personal internet traffic for at least 12 months so it can be accessed for investigations into crime or other threats to public safety.

The Home Office last night admitted that the measure will mean companies have to store "a billion incidents of data exchange a day". As the measure is the result of an EU directive, the data will be made available to public investigators across Europe.

The consultation paper published yesterday estimates that it will cost the internet industry over £50m to store the mountain of data.

When the measure was floated after the London bombings in 2005 by the then home secretary, Charles Clarke, it was justified on the grounds that it was needed to investigate terrorist plots and organised crime. But the Home Office document makes clear that the personal data will now be available for all sorts of crime and public order investigations and may even be used to prevent people self-harming.

The measure will mean that details of personal internet and text traffic, but not the content, will have to be made available by telecommunications companies to public sector officials investigating crime, or to "protect the public".

The measure will also cover VOIP - voice over internet protocol - calls such as Skype.

The Home Office confirmed yesterday that access to personal internet and text data will also be available to all public bodies licensed under the 2000 Regulation of Investigatory Powers Act (Ripa).

This means that hundreds of public bodies including local councils, health authorities, the Food Standards Agency, the Health and Safety Commission and even the education standards watchdog, Ofsted, will be able to require telecommunications companies to hand over the personal data.

We covered the passing of Sweden's wiretapping law in June in a story entitled "Are you being heard? Eavesdropping and wiretapping in Europe and the USA" and told how the Germans have been up in arms about tapping laws that are reminicent of tactics employed by the Stasi and Gestapo.  The problem is these national laws are coming to each and every EU Member State on the back of an EU Directive that came into force in 2006.  Over time, these laws are going to be applied across the whole of Europe and now it's the turn of the UK Home Office to apply the thumbscrews to its citizens.

We have also spoken of our deep concern over how all of this could work against anyone wanting to do something about excessively powerful multinational corporations who are working in cahoots with governments to remove our freedoms—including our right to choose natural health over patented drugs or surgery.

They don't want over 450 million angry EU citizens engaging in a revolt at the same time, hence the staggered nature of the implementation of this directive.  Surely it's time to wake up the other Member States to their fate in terms of their loss of personal freedom, in the name of protection.

Please forward this information as widely as you can and help to make more people aware of what is happening.