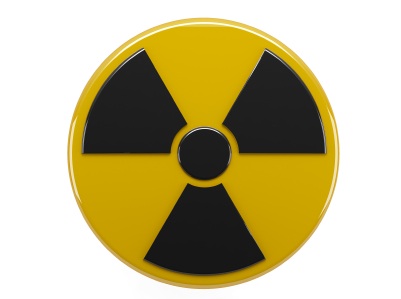 In a bid to avoid E. coli or Salmonella outbreaks, the FDA have caved into pressure from the food processing industry to allow irradiation of spinach and iceberg lettuce. The FDA seems not one bit concerned about how this might deteriorate the crops' nutrient levels, and claimed that there was overwhelming evidence that it was safe.

Here was have another quick fix, that could well be the start of a very slippery slope for a method of controlling disease-causing bugs on our crops, all to make Big Food's job a little easier and increase shelf life. The consumer once again is forced to act as guinea pig for a technology which results in consequences that are far from fully understood

The food processors may have been given the green light to start with spinach and iceberg lettuces, but the food industry have got big ideas of using this invisible disinfection device for a whole lot more...

At the moment you'll see the radiation symbol on irradiated foods, but because the FDA claims that this form of labelling puts most people off buying it, the FDA are entertaining the idea of weakening the rules. They say the labelling's no good because people think the food is radioactive. Can you blame consumers for this? Most of want nice, healthy, natural food. Why should we have to have it nuked before we eat it—and surely we should be very worried about it if they want to nuke our food and not tell us which foods are nuked!

Read the story in the Dallas Morning News.

If you add irradiation as an additional element of our food production system, you can see why we have a health crisis dominated by chronic diseases which are largely the result of inadequate nutrition combined with inactive lifestyles. Let's see....

2. Use of NKP fertilizers that omit the vast majority of trace and ultra-trace minerals that have been depleted through years of cultivation

3. Growth of crop cultivars that are high in water and sugar, while being low in vitamins, minerals, enzymes and phytonutrients. And the justification for agrobiz?: "Well kids love bland, sweet food, don't they—and hey, need to get rid of those horrible enzymes as they stop us getting long shelf life!" Have you noticed the peroxidase (browing) reaction after you cut or bite into an apple ain't what it used to be when you were a kid—or you comare it to a non-commercial apple?! Remember: If your fruit or veggies taste bland, chances are they are missing vital nutrients!

4.  Early picking and forced ripening—if you remove your produce from the plant on which it has grown prematurely, it is being asked to mature, often with the help of ethylene gas, when it hasn't had a chance to build up all the nutrients and stores needed.

5. Long-distance freight. Most foods start deteriorating from the time they are harvested. The vitamin C in oranges, for example, may be more or less completely depleted in perfect looking oranges in your supermarket—that may have come from the other side of the world.

6. Food in your fridge. Let's face it, the veggies that have been sitting for 6 days in the bottom drawer of your fridge may be better than a take out, but they have lost a lot of the goodness!

There's so much more too...processed foods, ready meals, junk food.....we are suffering a health crisis caused by massive macronutrient imbalance as well as huge shortages of micronutrients. Pity the medical profession today doesn't see this. But there is hope.....

But irradiation—in this case, the exposure of leafy vegetables to around 1 kGy (kiloGray) of ionizing radiation—is likely to further degrade nutrients. It could also potentially result in the formation of toxic chemicals (radiolytic products) and alter the flavour of foods. The most widely used source of ionizing radiation is cobalt60 which emits gamma rays.

What are the concerns?

One kGy is definitely less than they're considering or some foods, where levels can be as high as 10-30 kGray. But the reality is that there are insufficient data to know exactly what will happen, even with the so-called low levels being use for fruit and vegetables.

1. Will it work? It certainly doesn guarantee elimination of microbes as a recent study published in the Journal of Food Science shows.  This means that washing, chemical disinfection and hygiene methods will still have to be used—so why the need to zap the veg with ionizing radiation as well?

2. Will it reduce the nutrient content? There is certainly some evidence that that certain nutrients such as vitamins and enzymes are sensitive to ionizing radiation.

3. Does it produce toxic or carinogenic chemicals? There is good evidence that irradiation produces radiolytic products, some of which are cancer causing. This has been particularly well demonstrated in the case of the irradiation of beef, where the carcinogen benzene is produced.

Read what the Organic Consumers Association has to say about it.

Do US consumers want irradiated foods, there have been a few surveys aimed at determining consumer acceptance and most have shown that the majority don't want it. See here the results of some surveys.

However, the government well knows that if they can get enough people fearful of the risks from bacteria on their food, they can slowly get more acceptance of it. Yes—that same old process—using fear to push through yet another unnatural, unsafe technology that forces us to deviate ever further from our natural origins, with unknown consequences....