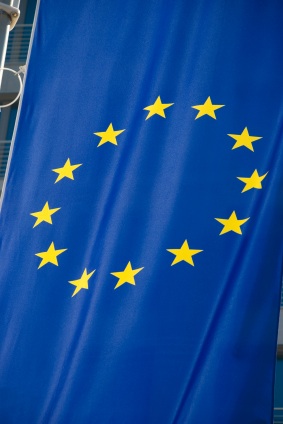 Food supplements and mobile phones seem unlikely bed partners. But the contrasting way in which risks from each is being managed in the EU would seem to suggest that something is not right&mdash;and perhaps consumer protection is a lesser priority than often claimed. The ANH appeals to the European Parliament in a bid to use the democratic process in the public interest.

Open letter to all members of the European Parliament’s Committee for the Environment, Public Health and Food Safety (ENVI)

Food supplements and mobile phones: are their respective risks to public health being managed proportionately?

Most technologies with which humans interact are now heavily influenced by risk assessment. Following the assessment, risks are generally managed via regulation and communication strategies. The alleged justification of all of this is to achieve a high level of consumer protection. The recent changes in health and safety requirements in many people's working environment and the ever-growing attention to safety measures in motor vehicle design are just two areas that readily spring to mind.

In some areas, the amount of regulation appears to be disproportionate to the known risk, while in others, the lack of concern for risk or the tolerance of risk because of an assumed benefit derived from exposure to the source of risk, appears to expose the public to substantial risk.

The raft of regulation emanating from Brussels and targeting natural health products is an example of the former, while the reliance by the orthodox medical profession on pharmaceuticals is an example of the latter. Pharmaceutical-based healthcare continues despite evidence that mortality associated with the use of "properly prescribed" medicines is the fourth biggest killer after heart disease, stroke and cancer (JAMA. 1998; 279(15): 1200-5). The situation is comparable elsewhere, especially in the industrialised world. Another less well know example relates to the public health risks of low intensity electromagnetic fields (EMF) from cellular (mobile) phones and wireless devices.

This begs the question: is this tolerance or intolerance of risk really the result of a careful weighing up of risks and benefits to public health? Or has it perhaps got more to do with the sheer gravity of corporate influence on policy makers and regulators?

We urge you, as a Member of the European Parliament, to consider carefully two issues about which we have just submitted petitions to the European Parliament Petitions Committee. These affect risk assessment and management methodologies for vitamin and mineral food supplements and sources of EMF respectively.

The first of these sectors is being pressurised to such an extent, that if regulatory initiatives, particularly in Europe, are not altered, the maximum amounts of vitamins and minerals allowed in food supplements will be lower than those found in a single junk food meal.  To give you just one example, European citizens are critically short of selenium since we stopped importing North American wheat grown in selenium-rich soils. This essential mineral supports numerous vital enzyme functions in the body and helps reduce cancer risk, yet the most influential risk assessment body in Germany wants consumers to be limited on a daily basis to the amount of selenium found in just one-third of a brazil nut!

Food supplements are taken by around half the population of most western countries, and increasing amounts of research—as well as experience from the practice of clinical nutrition—shows that increased vitamin and mineral intakes can substantially improve wellbeing, at very little cost to government.

On the other hand, the radiation emitted by cellular phones, cordless DECT phones and WIFI systems far exceeds those levels considered safe by the majority of scientists researching the risks of very low intensity electromagnetic radiation from such devices. Children and foetuses are most susceptible, yet the public are told nothing about these risks. Just how well are these risks being managed or communicated?

Most people are exposed to multiple sources of radiation from these devices on a daily basis and their overall exposure has increased dramatically over just the last five years as more and more wireless technologies are rolled out.

We, at the ANH, argue that regulators or standard setting bodies have seriously misappropriated the risks—especially the relative risks—of these contrasting technologies. The risks of food supplements appear to have been dramatically overstated. Any analysis of food safety data indicates that risks associated with vitamin and mineral supplements are the lowest of any product consumed orally, being  substantially less than that of conventional foods. Yet, food supplements, especially within the European Union, are facing regulatory pressure that could see the vast majority of beneficial dosages of nutrients banned.

Poly-herbal products originating from non-European traditional medicinal cultures, such as Ayurveda and Traditional Chinese Medicine, are also set to have a particularly rough ride in the years ahead, many potentially falling between the two stools of European law designed for traditional herbal medicines and food supplements respectively.

We also argue, and are supported in this by a group of leading researchers in the field, that the risks from very low intensity electromagnetic fields (EMF) emitted by a wide range of wireless telecommunications technologies have been dramatically understated by regulatory and standard setting bodies.

Alive to our concerns, Irish MEP Kathy Sinnott, has agreed to host two petitions by the ANH which focus on each of these issues.

The European Parliament, the only vestige of a democratic system within the law-making environment of the European Union, has a significant responsibility to its electorate to ensure that risks are assessed objectively and accurately, while being managed proportionately.

The ANH petitions, submitted yesterday to the European Parliament Petitions Committee, are calling for urgent and independent re-evaluation of risk assessment and management approaches affecting both the food supplement and telecommunications sectors, given recent evidence and published science that suggests the models used in both sectors are seriously flawed and not fit for purpose.

The ANH petitions can be downloaded from the following links:

Please forward these petitions to those you know who may be concerned. We would also very much like to hear from organisations wishing to lend their support to either or both of our petitions. Please email us at [email protected].

Thank you for your consideration of these important public health issues.

Yours, in health, naturally

Supporting the sustainability of natural health in Europe and beyond