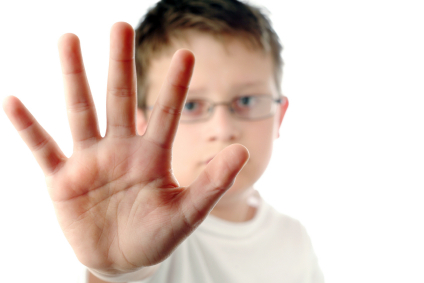 EU food chain experts failed to reach a qualified majority on Monday 16th February in favour or against the European Commission’s plans to force France and Greece to lift their biotech bans on Monsanto’s GM maize.

Only 9 of the 27 EU Member States represented in the Standing Committee on the Food Chain and Animal Health (SCFCAH) supported the European Commission’s (EC) call for having the bans lifted in France and Greece.  Sixteen either opposed the motion or abstained from voting.

Whilst this is a positive step in the right direction for the millions of health conscious consumers living in the EU, who don’t wish to have GM produce or cultivation foisted on them, it by no means represents a ‘done deal’.   In the absence of consensus from the SCFCAH, the real bullyboy tactics are yet to come when the decision is referred to EU ministers by the EC.  Many consumers are concerned that governments who clearly have biotech-fuelled Euro signs shining in their eyes, are not going to adequately represent the views of a concerned electorate in such a vote.  In addition to this, the pressure from the biotech lobby is increasingly evident in government PR spin campaigns extolling the virtues of GM, but not surprisingly, leaving out many of the salient truths about the threats to both human health and the environment.

Monica Frassoni, co-chair of the Italian Greens Party (part of the European Greens), reminds us that, “we must remain vigilant because it is not the first time that the commission has tried to force the hand of those member states that are most resistant to the growing of genetically modified maize”.

Monsanto’s maize (MON810) strain is the only GM crop approved for cultivation in the European Union.  Last year France invoked ‘a safeguard clause’ and suspended cultivation, whilst Greece has maintained the ban since 2006.  Worryingly the European Food Safety Authority (EFSA) has said the maize is safe (two EFSA opinions) and that there is no scientific evidence to justify the bans, but we would ask where is the evidence to justify safety?

France and Greece have done well to resist increasing pressure from the European Commission, which is keen as mustard to get all European Member States to say yes to the cultivation of the Monsanto’s GM maize.

They’ve after all received the go ahead from the EFSA— the very same organisation that said it’s okay to put toothpaste toxin in food supplements.  EFSA, the highest scientific authority in Europe, has come under heavy criticism from the ANH recently given their risk assessment methodology and lack of transparency over some highly scientifically questionable opinions on fluoride.  (EFSA-Are You Trying to Poison Us?; EFSA says it's ok to put toothpaste toxin in food supplements)

The two opinions from EFSA saying that MON810 is safe can be found at:  Main opinion by EFSA – 2005

Subsequent attempts by various countries to provide supplementary evidence on health or environmental risks to invoke the safeguard clause in EU law to prevent the cultivation of MON810, all rejected by EFSA:

How can the the risks be ignored?

There is actually a considerable body of evidence suggesting the potential for human health risks from MON810.

High on any regulator’s list of concerns should be that fact that it has been shown that in MON810 the promoter sequence that turns on the foreign gene is only partially incorporated into host DNA. In this case, the inserted gene is meant to trigger expression of the CryIA(b) protein from Bacillus thuringiensis that provides resistance to caterpillar pests. But actually the transgene has been shown to be truncated during insertion so that the protein expressed is actually coded both by the transgene and the host DNA.  This signals—or should signal—warning bells!! It means that commercial MON810 crops could cause effects that are entirely unpredictable. Unpredictability implies a potential or probability of risk! It is not dissimilar to Russian roulette.

However, because regulators such as EFSA and their counterparts in the FDA, and most of the same scientists who sit on international expert panels in Codex all choose to ignore such things, they view MON810 as safe. This means that this is also the view of the World Trade Organization (WTO), which has unparalleled powers to hold countries to ransom under its dispute settlement procedures.

Reading between the lines of the pro-biotech lobby

The so-called ‘advocates for agricultural technology’ criticise the consumer’s view of ‘frankenfood’, using the argument that these political concerns have little or nothing to do with food safety.  However, the ANH is convinced that educated consumers are right to be wary of food where, in total defiance of nature, DNA from one species is inserted into the DNA of another.  That the growing concern from geneticists and molecular biologists—many of whom have worked within the biotech industry—that releasing GM into the environment poses a serious threat to human health, as well as nature.  That allowing a few biotech companies to control the world’s food supply is madness, apart from sounding the death knell to the thousands of small or traditional farm around the world.  We could go on, but you can read our full position in the Say NO to GM Campaign page.

It's up to you

Maintaining our access to natural, untainted, non-GM foods is in the end going to come down to public opinion, science (without spin!) and total transparency.  Unfortunately we see deception and manipulation of information on a daily basis where vested interests collude to keep the truth about the risks to health and the environment from consumers.  At least in Europe consumers have a chance to vote with their wallets given that GM produce must be labelled as such, but US citizens are denied even this basic level of information.

It’s time to have your voice heard and for those concerned consumers living in Europe, lobby your elected representatives like mad, given the fact that it’s Member States’s environment ministers who will now be deciding the fate of our food supply.

Here's a selection of this week's news articles:

GM battles rage down on the farm

Back to ANH Campaign

Back to Say NO to GM Campaign