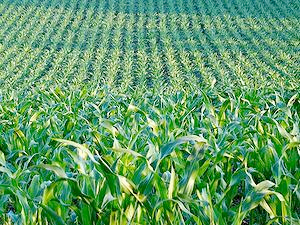 Victory for national sovereignty in Europe!

With the European Commission hell-bent on pushing for cultivation of genetically modified (GM) crops in Europe, today provided some fantastic news that the governments of 21 out of 27 European Member States are not willing to see two of their fellow Member States—Austria and Hungary—forced to lift their bans on the cultivation of two transgenic varieties of GM maize, Monsanto's MON810 and Bayer's T25.

And this is now the fourth time the Commission have been outvoted in their attempt to force Member States to repeal their safeguard clauses that allow them, under EU law, to implement a ban on cultivation of GM crops on the condition that they have grounds to do so.

The Austrians who have maintained a strong stance against the release of GMOs into the environment—on both environmental and heath grounds—were quite naturally jubilant. "We have completely prevailed. This is for me as if Austria won the European football championship", said Austria's Environment Minister Nikolaus Berlakovich wjho regarded today's vote as an "historic success".

Is this a sign that national sovereignty in Europe is not yet dead?

Is it perhaps a sign for the US and Canadian public to start piling the pressure on their governments?

Nationals of these countries, if you are at all concerned about the release of GM into the environment (see ANH's Say No to GM campaign page for information and links), will you start lobbying your elected representative and putting pressure on your national government?

Following is the story of today's historic vote, according to the Reuters news agency:

In a stinging rebuff to the EU's executive arm, an overwhelming majority of countries -- at least 21 out of the bloc's 27 member states -- voted against draft orders for Vienna and Budapest to end their GM crop bans within 20 days.
EU law provides for national GMO bans under certain circumstances if the government can justify the prohibition.
Read the rest of the story.