Home News What might the so-called "Monsanto bill" really do? 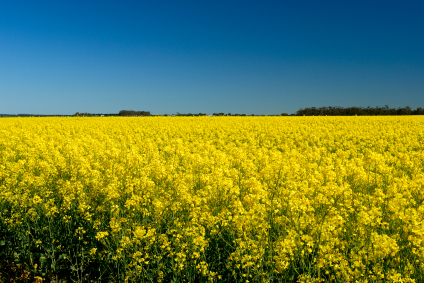 You may have seen that the internet and blog sites are awash with news about a US bill, Bill HR 875, the Food Safety Modernization Act of 2009, that some are claiming will outlaw organic farming in the USA.

Here are two links to youtube videos giving us the warnings:

Our reading of the bill tells a slightly different story. This is a bill, sponsored by Democratic Congresswoman Rosa DeLauro, that is about putting very onerous systems into place that are seemingly designed to improve food safety.

The principle of improving food safety isn't such a bad thing given that a study by the Centers of Disease Control found that 76 million illnesses result each year from food-borne diseases, in turn leading to an average of 5200 deaths and 325,000 hospitalisations annually.

But will the elaborate control measures that are contained in HR 875 really reduce this toll? Will it be cost effective, given that it is thought that the annual cost of food-borne diseases is somewhere between $2.9 and 6.7 billion. And that's not counting the human suffering.

The problem with the blogs is that they definitely contain at least some false information. As a result they can easily be dismissed by the very congressmen and women that are needed to turn this one around! One of the most obvious faux-pas is the fact that the internet sites are telling us that DeLauro's husband, Stanley Greenberg, is an employee of Monsanto so he's using his good wife to push through a bill—that some have dubbed the Monsanto bill—that will massively benefit Monsanto. 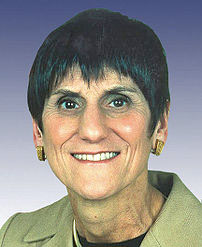 While DeLauro and Greenberg are indeed man and wife, Monsanto themselves are disowning Greenberg, saying he "did some contract work for Monsanto more than 10 years ago." Maybe someone can ask Ms DeLauro to confirm this one way or another? It shouldn't be difficult to get a straight answer.

But the real issues with the bill, in our view, are:

The Organic Consumers Association—of whom we are great supporters—are so far the only party we're aware of in the US that we feel have taken a sensible line on this bill. They rightly point out that the food-borne illness problem has been caused by the big agri-business producers. Why should the small producers and the organic producers have to pay for the sort of measures that are needed to keep the likes of Tyson and Smithfield Foods under control?

Statement from the Organic Consumers Association

HR 875, the Food Safety Modernization Act of 2009, is a limited-vision attempt by moderate Democrats and Republicans to craft food safety legislation to address the out-of-control filth and contamination that are inherent in our industrialized, now globalized, "profit-at-any-cost" food system. This being said, OCA does not support HR 875 in its present form, given the fact that, if the bill's regulations were applied in a one-size-fits-all manner to certified organic and farm-to-consumer operations, it could have a devastating impact on small farmers, especially raw milk producers who are already unfairly targeted by state food-safety regulators. Although the OCA deems this bill somewhat well-intentioned, we are calling on Congress to focus its attention on the real threats to food safety: globalized food sourcing from nations such as China where food safety is a travesty and domestic industrial-scale and factory farms whose collateral damage includes pesticide and antibiotic-tainted food, mad cow disease, E.coli contamination and salmonella poisoning. And, of course, Congress and the Obama Administration need to support a massive transition to organic farming practices.

So, perhaps the moral here is to get the facts straight first, ask the right questions—especially of your elected representative.  American citizens need to make sure this juggernaut of a bill that is designed to deal with a very genuine problem that has been created by the 'Tysons' and 'Smithfields' of this world is not at the same time going to take out a myriad small businesses that are responsibly producing wholesome, natural and organic foods.

And, we probably all agree on this, it would be madness if HR 875 were to stop any of us from growing heirloom varieties, either on our farms or in our backyards!

Go to ANH Say No to GM Campaign