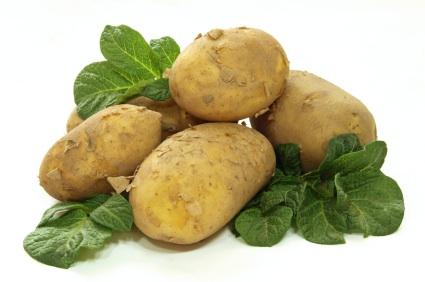 Prospects for growing blight-resistant potatoes created by genetic modification have received a setback in the UK after BASF's decision to suspend research into such varieties.

The firm is blaming continuing delays in getting EU approval for GM potatoes, saying approval of its GM starch variety remains "lost in the politics" of the EU.

"In the past decade, we have invested over €1bn into GM research," said BASF's Tom Wetjen at the Potato Council's East Midlands Potato Day.

"The European Food Safety Authority has several times concluded that the Amflora starch potato is safe, and yet the variety is still not approved. Now it's a political decision."

That left the company unable to recoup any of its investment in Amflora, which produced a special starch for energy-efficient manufacture of paper, textiles and adhesives, he said.

BASF's blight-resistant potato Fortuna was five to six years away from commercial adoption, with its dossier still to be submitted to the EU.

Although this article uses quotes in the form of “It’s a sad and backward step….”, and “a great shame”, and is obviously written from a pro-GM point of view, we are delighted at the news.  It is a huge result for pro-natural lobbyists and underpins what most of us know already – that we the people of Europe really don’t want GM products.  Other countries, such as Austria and Hungary, have already imposed bans on GM and Germany is well on its way to following their example.

The statement “we have invested over €1bn into GM research” raises an immediate question: couldn’t this money have been better utilised?  Especially as it was spent on something that clearly many people are firmly against.  It is becoming more and more apparent that more and more people feel alienated by the modern unnatural world and want to 're-connect' with nature. Given more information about what GM is about, a growing section of the world's population appear to have an intrinsic dislike and mistrust (with good reason) of genetically modified organisms (GMOs).

The process of ‘engineering’ genes from unrelated species into food crops is far from precise, and it is the unpredictable effects that result from the process, that go far beyond the effects of the engineered trait itself, that appear to give rise to the human health and environmental risks.

The increasing presence of GMOs in the food supply, especially in the USA, but also elsewhere, is driving more and more people towards whole, organically certified, properly constituted foods.

The Whole Foods Market has made that easier for US consumers by announcing yesterday a commitment to the Non-GMO Project.  The Non-GMO Project is a non-profit organization made up of manufacturers, retailers, processors, distributors, farmers, seed breeders and consumers dedicated to allowing consumers to make informed choices.  They are working hard toward the sustained availability of non-GMO options (read more).

Unlike Europe, there are no compulsory labelling requirements in the US to show consumers which products contain GMOs and as much as 70% of the food on US supermarket shelves could be contaminated with GM ingredients.  Concerned US citizens are working hard to gain their freedom of food choice.  Jeffrey Smith, acclaimed author of Seeds of Deception and Genetic Roulette, and Executive Director for the Institute for Responsible Technology is campaigning to eliminate GMOs from thousands of food products.  If you're a concerned US citizen and would like a non-GMO shopping guide that will help ensure you avoid buying products made using GM ingredients, please click here.