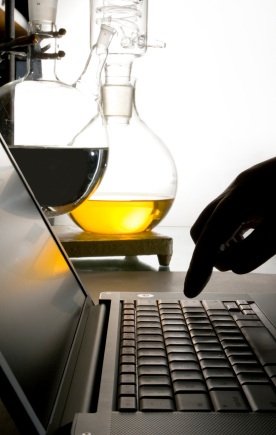 
More than "a few bad apples"

There is something rotten at the heart of modern medicine. A study just out by Dr Daniele Fanelli at the University of Edinburgh reminds us of this problem. Fanelli’s specific interest is objectivity, which is not a bad starting point for exploring fraud or bias in science.

Most people are aware of conflicting reports coming from clinical studies. One week, it seems, coffee is carcinogenic, while the following week it has no effect on cancer but helps prevent Alzheimer’s disease. The inconsistency of modern clinical and epidemiological research causes people to mistrust medicine. It might not be long before the phrase "would you buy a used car from that person?" is complemented by "that’s about as convincing as an epidemiologist". Surprisingly, many mathematicians and decision scientists agree with this popular perception.

Most clinical trials in medicine produce false results.  Surprisingly, the high percentage of false studies is not even particularly controversial. The expectation of mistaken conclusions comes directly from medical statistics. Despite this finding, the medical establishment and the mainstream media maintain a fiction that clinical trials and meta-analyses provide a gold standard of scientific "proof". In this environment, many of those who have shown that so-called evidence based medicine has little scientific foundation are unable to bring themselves to conclude that a new approach is required. Instead, their common suggestion is make the studies larger and use more meta-analysis; more of the same to make the situation worse.

One area of particular concern is clinical trials involving vitamins, minerals, and other nutrients. There are specific problems in the use of low doses and synthetic forms of nutrients. Studying unsuitable supplements adds to the potential for direct fraud and the manipulation of data. For decades, clinical trials have avoided addressing the large doses and natural types of supplements previously found to be beneficial in small clinical studies and observations. Research into supplements has even greater potential for misleading activities, even if they are not normally considered outright fraud.

Finding that most clinical results are misleading, or simply wrong, assumes that the studies were biased but honestly conducted. The assumption of honesty is the default approach for a scientist. You assume that the results represent the true experimental findings. However, recent findings suggest that medicine has a particular problem with scientific dishonesty.

Scientific fraud is a pronounced problem in clinical medicine and particularly in pharmaceutical research. The US Food and Drug Administration (FDA) conservatively reports deficiencies and flaws in 1 or 2 studies in every 10.

Dr Daniele Fanelli’s study illustrates the problem clearly. When asked if they had ever fabricated, or falsified results, up to 5% of scientists admitted outright cheating. One third of scientists admitted questionable practices. That is, they manipulated their data to give a false impression. The scientists modified the outcome to "improve" results. A similar one third of scientists admitted observing misconduct in others. Notably, those scientists who participate in fraud are often serial offenders. Having successfully fabricated one study, they find fraud easier than the painstaking task of conducting valid studies. The published figures on scientific fraud are clearly underestimates. Expecting all fraudsters to admit their offence when asked for your study is naive, even if you do guarantee not to tell.

Fanelli reminds us too that the conventional response by the orthodoxy to the revelation of fraud, in which blame is deflected on a "few bad apples" such as Hwang Woo-Suk's fake stem-cell lines or Jan Hendrik Schön's duplicated graphs, is short of the mark. It seems the problem is somewhat more endemic.

Worse than this, Fanelli shows us that misconduct is more prevalent in clinical, medical, and pharmaceutical research — the very area that "gold standard" clinical evidence is held in such high repute. This misconduct is a consequence of the large financial interests in studies of drugs and other treatments. A minor change in the percentage of people benefiting from a treatment in a study could affect billions of dollars in future sales. We know that most of these clinical studies are reporting false and misleading results from statistical considerations alone. We need to add a specific bias from fraud and data manipulation. When deliberate deception is included, we conclude that modern "evidence-based" medicine needs a health warning.