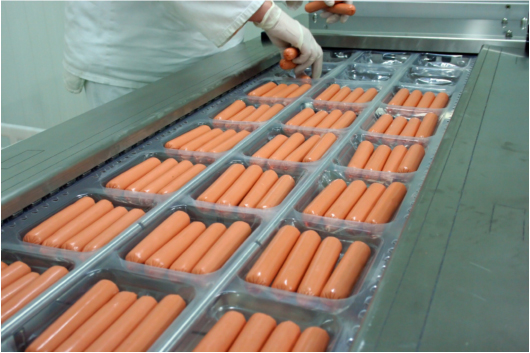 Why ANH thinks the hot dog scientists have got it wrong

Are you confused? Some scientists tell us processed meats kill us quicker, while others say they make us live longer?

the ANH team looks at the debate

Surely the preservatives in processed meat couldn't be good for us?

A confusing and topsy turvy article promoting 'so-called' health benefits of eating the preservatives in hotdogs and cured meats has recently been published in the weekly newspaper for agribusiness: Feedstuffs. The author, Trent Loos, begins by announcing that "a growing body of medical evidence suggests that dietary nitrates and nitrites, like those commonly found in hot dogs and other cured meats, are vital to the prevention and treatment of heart disease".

He tells us about the work of the medical researcher at the University of Texas, Dr Nathan Bryan. He and his team at the Brown Foundation Institute of Molecular Medicine, have been working "to determine the importance of dietary nitrite and nitrate consumption as a means to prevent and treat cardiovascular and other diseases associated with nitric oxide insufficiency in the diet".

Dr Bryan is quoted as saying "nitric oxide is an important signalling molecule in the human body to regulate numerous physiological functions, including blood flow to tissues and organs. The conversion of nitrite and nitrate to nitric oxide in human tissues is obviously an important finding …cardio-protective levels of nitrites and nitrates can easily be achieved by increasing the consumption of nitrite/nitrate-rich foods such as cured meats and certain fruits and vegetables".

The article also tells us of Bryan’s concerns regarding the many associations that have been discovered over the last 30 years, between nitrosamines and cancers as a result of sodium nitrite being added to meat as a preservative, which put processed meats in a negative rather than a positive light as it seems he would prefer. Loos writes that Dr Bryan "is concerned by what he calls the misinformation being distributed by some groups regarding the ‘health risks’ of nitrites and nitrates".

So what do we need to make vital nitric oxide, if not the nitrogen salts in cured meats?

Nitric oxide is of course of vital importance in the body, and it does indeed have a crucial role with regard to cardiovascular health, but we disagree with Dr Bryan’s suggestion that the nitrate and nitrite preservatives in cured meats are a vital for this process! In fact, in our opinion, the whole notion of promoting hot dogs as a healthy food is spurious to say the least!

For a start, the amino acid arginine (found in nuts, seeds and pulses, chicken, fish, shellfish and eggs) is the natural dietary precursor to nitric oxide (and L-citrulline). While we do naturally find some nitrites and nitrates in our food, it is the huge increase in nitrites from preservatives and nitrates from synthetic fertilizers used in agriculture, that creates what can only be described as over-exposure. What's more, there's also the other gubbins that comes along with the hot dog and other processed meats. And here, we're not only talking about less-than-obvious body parts of animals, we're also concerned about chemistries to which our bodies have not been exposed until the advent of 'fast food'.

What are the concerns regarding putting unnatural levels of nitrates and nitrites into our bodies?

There's a good literature on the harm that can be done by such nasties as cyclic amines and polycyclic aromatic hydrocarbons in processed meats. Increased cancer risk is one of the primary concerns.

A recent study in the Archives of Internal Medicine concluded that "red and processed meat intakes were associated with modest increases in total mortality, cancer mortality, and cardiovascular disease mortality".

While another recent study in the Open Access Oxford Journals showed the potential cancer risk associated with the consumption of nitrites, with the conclusion that "meats cured with nitrite …show increased faecal water-induced oxidative DNA damage".

A study by the Department of Nutrition, Harvard School of Public Health found that the consumption of cured meats was positively associated with the risk of newly diagnosed chronic obstructive pulmonary disease (COPD) in men, and the authors of the study believe that nitrites in cured meats were the compounds responsible for this. Their recommendations to reduce the risk of COPD were to both give up smoking and to reduce intake of cured meats.

An association between cured meats and pancreatic cancer has even been highlighted in the mainstream press.

A good 'rule of thumb' that can be generally used as a guide to whether something is good for us of not, is to think back to the diet of our ancestors. Humans didn’t evolve with hot dogs, and obviously didn’t suffer from hot dog deficiency diseases! Their requirement for the precursors of nitric oxide was clearly satisfied by naturally occurring foods—in descending order of arginine content: nuts, seeds and pulses, chicken (fowl), fish, shellfish and eggs.

In case the scientists responsible for the first story need reminding, hot dogs and cured meats are a comparatively recent invention and their consumption, along with other 'fast foods' are associated with one of the biggest declines in nutritional health yet seen.

Cured meats don’t have to be saturated with nitrite preservatives either. They can be air-dried e.g. Prosciutto from Italy, cecina from Spain, biltong from southern Africa!

Will you be rushing to have your processed frankfurters with your next organic spinach and wild rocket salad?

Click here for our Say NO to GM campaign