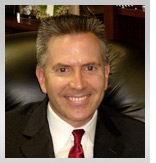 The Alliance for Natural Health US (ANH-US), along with dietary supplement formulators Durk Pearson and Sandy Shaw, and the Coalition to End FDA and FTC Censorship, has filed suit yet again against the Food and Drug Administration in the U.S. District Court for the District of Columbia.  The action has been lodged by Jonathan W Emord of Virginia-based law firm, Emord & Associates and seeks declaratory and injunctive relief on the grounds that FDA’s June 19, 2009, decision to suppress claims that antioxidants reduce the risk of cancer infringes on ANH-US’ right to speak freely about truthful health information, thereby violating the First Amendment.

ANH-US’ professional and industry members have a particular interest in the dissemination of information on nutrition when explaining the benefits of dietary supplements they recommend to patients and consumers.  The suit alleges that FDA’s actions interfere with ANH-US’ goal of facilitating the free flow of credible scientific information.

Regarding the suit, ANH-US Executive Director Gretchen DuBeau stated, “When educated consumers make dietary and lifestyle changes, they can reduce their need for medical intervention and reduce the public cost of health care by reducing demand. However, FDA’s recent actions circumvent the public’s ability to learn about the benefits of health foods and food supplements, a prerequisite to making informed personal health decisions.”

“The FDA is blatantly flouting federal and constitutional law,” Emord told NutraIngredients-USA.com. “By saddling health claims with overbearing negative disclaimers that place subjective interpretations on science, or censoring them outright, the FDA is attempting to reverse the law in Pearson v Shalala and cases that followed it.”

He said the FDA had never been comfortable with the qualified health claims system since its creation in the wake of the Pearson v Shalala decision, and was therefore attempting to “eviscerate” it.

The FDA is interpreting scientific data, Emord said, using terms such as “weak” to describe studies that were, in his view, better cited as being either “conclusive” or “inconclusive”.

“This is a truthful appraisal of the scientific body of work. To use terms such as ‘weak’ is a presumptive and subjective leap the FDA has made which contradicts the law.  It is characteristic of a rogue agent,” he said.

“This approach locks out 99 percent of the evidence pertaining to nutrients and disease.  It places the FDA above the law and has pulled the leg out from under the qualified health claims system.”

The suit is the third filed by ANH-US over the past several weeks. ANH-US also sued the FDA for suppressing claims that selenium reduces the risk of cancer and for subjecting manufacturers of dietary supplements to the same criminal penalties for minor paperwork violations as for selling contaminated products.