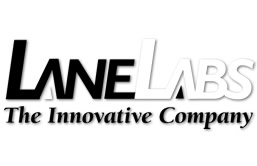 Industry win against FTC: is the tide finally turning?

LaneLabs victory over FTC; great news for the industry

A US District Court has ruled against the Federal Trade Commission (FTC) and in favour of a supplements firm, in a landmark case that found FTC’s criticism of the company’s advertising was simply a “difference of opinion”.

FTC had filed a motion against New Jersey-based LaneLabs in 2007, alleging that it was making unsubstantiated claims for its calcium and male fertility supplement products.

The agency, which works together with the Food and Drug Administration (FDA) to monitor product advertising, had claimed that LaneLabs violated an earlier consent decree by making unsubstantiated claims for AdvaCal and Fertil Male. FTC recommended a fine of $24m.

However, Judge Dennis Cavanaugh of the US District Court of New Jersey last week denied the motion, on the grounds that LaneLabs had “clearly offered support and substantiation for the claims regarding their products”.

This is such a huge victory for the health supplements industry, particularly given the FTC's track record for draconian fines and what seems like bias against the industry. There is a whole history of the natural health industry coming up against the FTC and generally coming off second best. We’ve detailed a few recent cases below for background.

Just earlier this year the FTC was in court against high-end grocer Whole Foods to decide whether its 2007 merger with rival Wild Oats needed to be undone. This dispute has now been settled in favour of the FTC and Whole Foods have 6 months for a divestiture trustee to sell the 32 stores and related assets to one or more FTC-approved buyers. Was this the FTC ensuring that the world’s largest retailer of natural and organic foods didn’t get any bigger and therefore any more powerful?

As mentioned in the Nutraingredients article above, on January 29 2007, the FTC announced that it had filed civil contempt charges against Lane Labs, Inc., its president Andrew Lane, and William Lane for violating FTC orders entered in 2000 requiring them to have competent and reliable scientific evidence to substantiate ad claims and prohibiting deceptive claims about tests, studies, or research.

To read more about the history of this case click here

In 2004, the makers of Seasilver were ordered to pay almost $120mn for failing to comply with an earlier order to reimburse consumers after the FTC made allegations that claims they made were false and unsubstantiated.

The Rite Aid Corporation, and their supplier Improvita, are also facing FTC charges over marketing claims that their Germ Defense tablets and lozenges "could prevent and treat colds and the flu or reduce the severity and duration of these illnesses". The FTC has charged them with "False and Deceptive Advertising", and has ordered that they pay up to $500,000 in consumer refunds.

Other natural products that have been targeted by the FTC include Tropicana orange juice and colloidal silver.

We hope that this victory signals the turning of the tide, and the end of bullyboy tactics that are so favoured by the regulators.