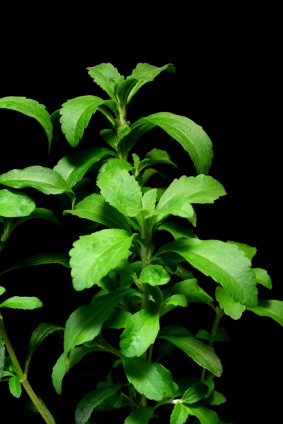 The French government has approved the use of Stevia sweeteners'

The French government has approved the use of Stevia sweeteners with 97 per cent purity rebaudioside A (Reb A), officially opening up the first EU market for products containing the much-anticipated ingredient.

While full EU approval for Stevia sweeteners is still dependent on a scientific opinion from the European Food Safety Authority (EFSA), France has taken advantage of window that allows individual member states to approve ingredients for a limited two year period.

The approval, published yesterday in France’s official journal yesterday, has been hotly anticipated by the industry since the French food agency AFSSA, issued a positive safety opinion earlier this year.

The application for France was made by Greensweet. General manager Joël Perret told FoodNavigator.com: “This is very good news. It is the first opening for this type of ingredient in the EU market”.

The global sweetener market for food use was valued at US$1.83bn in 2007 by Leatherhead Food International. The intense sweeteners market is dominated by aspartame and, to a lesser extent, sucralose. However interest in food ingredients from natural sources has led some to consider that the Stevia plant could provide ‘the holy grail’ of sweeteners.

Another very positive bit of news for the natural health sector. Stevia (Stevia rebaudiana) is widely grown in tropical South America and Central America for its sweet leaves. As a sweetener and sugar substitute, Stevia's taste has a slower onset and longer duration than that of sugar, and the leaves are 250-300 times sweeter than sucrose. It is a natural, healthier alternative to sugar and is favoured by many (including us) over the likes of artificial sweeteners such as aspartame and sucralose. (Read our recent features on aspartame and sucralose)

Despite repeated attempts to legalise the use of Stevia in the EU, Novel Food law has thus far successfully prevented sale. The Novel Food Regulation was passed in 1997 primarily to protect consumers from genetically modified and other ‘biotech’ foods and requires onerous data to prove safety, much of which is challenging for natural products that have been consumed for centuries and are prohibitively costly. Foods that have not had a significant history of consumption prior to the passage of this law in May 1997 are classified as Novel Foods and while the stated objective is to protect public health the law has increasingly been used to block the sale of foods and ingredients that have been widely used by non-European cultures that had yet to find significant use prior to 1997 in the EU. At the ANH we see this as an abuse of the intended purpose of the original law and it is apparent that this kind of abuse directly benefits major corporations which are threatened by particular products and ingredients that have demonstrated benefits outside the EU. In the case of Stevia it seems probable that the might of the sugar and artificial sweetener giants has played a significant role in blocking the sale of Stevia up until now.

This incredible breakthrough from France has shown other Member States can also follow suit and authorise Stevia under this transition arrangement which lasts up to two years. This route, which France has taken, will speed up the sweetener’s inclusion into the European market and by the time the 2 years is up it is expected that the EU will have given its seal of approval. It is hoped that, pending a positive opinion, extracts with 95 per cent steviol glycosides could be approved in Europe under the new Sweeteners Directive by autumn 2010 or spring 2011.

Angus Flood, head of international marketing at PureCircle, told FoodNavigator.com that Turkey has already approved Stevia extract, “although we are clarifying the exact nature of the authorisation” – and it is possible that other major countries in Europe will follow France. Whilst Turkey is still only an associate member of the EU, wide usage here can only strengthen Stevia’s European track record for safety.

Along with being low calorie and low carbohydrate, Stevia has had a long history of traditional use for diabetes in South America and there is also good scientific evidence for it being an effective hypotensive. Further evidence suggests that Stevia exhibits an anti-inflammatory effect and can be useful for skin problems—a fact that appears to be backed-up by much anecdotal evidence. Added to it’s list of benefits is Stevia’s significant potential as a natural anitoxidant agent. Interestingly a much lesser known fact is that Stevia has been used for many years by the indigenous women of Paraguay as a contraceptive! Obviously these benefits are not derived solely from using Stevia as a sugar substitute, but in addition to this it also exhibits specific therapeutic properties in its own right when used as a herbal remedy.

Virtually all of the scientific researchers who have studied Stevia have attested to its safety. Daniel Mowrey PhD, scientist and director of the American Phytotherapy Research Laboratory, has written the following: “Few substances have ever yielded such consistently negative results in toxicity trials as has Stevia. Almost every toxicity test imaginable has been performed on Stevia extract or stevioside at one time or another. The results are always negative. No abnormalities in weight change, food intake, cell or membrane characteristics, enzyme and substrate utilization or chromosome characteristics. No cancer, no birth defects, no acute and no chronic untoward effects. Nothing.”

Yet again, unsurprisingly, nature has provided another perfect answer to one of the developed world’s biggest health crises.