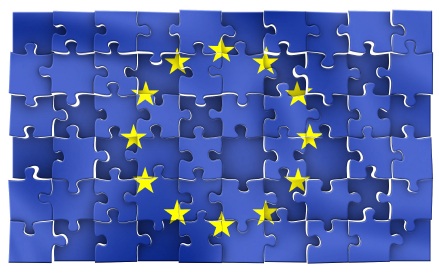 EU Commission 'flouts Irish law' in run up to referendum on 2nd Oct&nbsp;

Pressure against the Lisbon Treaty is intensifying. The question in many people’s minds is whether the Czech President, Vaclav Klaus may be have the capacity to influence others in Europe on the possible negative effects of the Lisbon Treaty on democratic processes in individual Member States. This is especially pertinent given the rapidly approaching Irish referendum on 2 October.

Honor Mahony of the Euobserver.com, wrote the following on the 23rd September 2009:

"In a show of support for Czech President Vaclav Klaus's continued refusal to complete ratification of the EU's Lisbon Treaty, the leader of the British Conservative Party has sent Mr Klaus a letter noting that the party intends to hold a referendum on the document if they are elected into government next year.

The move, reported on Wednesday (23 September) in the Daily Mail, a British tabloid, would appear to support the theory that Mr Klaus is delaying signature of the treaty, already ratified by the Czech parliament, for as long as it takes for the Conservatives, currently on the opposition benches, to come into power".

Meanwhile, in Ireland, the EU Commission has been criticised and is now threatened with legal action after ‘wasting taxpayers' money’ running a ‘16-page propaganda supplement’ in all Irish newspapers as a paid insert, which is said to be in direct breach of Irish law. Michael O’Regan of the Irish Times wrote on 28th September, that:

"Former MEP and chairwoman of the People’s Movement Patricia McKenna said the commission had placed “a 16-page propaganda supplement” in all Irish newspapers as a paid insert. “This is an unlawful use of European taxpayers’ money, since the European Commission has no competence whatever in the ratification of treaties. It is also in breach of Irish law and the principles of the McKenna judgment as established by the Supreme Court in 1995 whereby taxpayers’ money cannot be used to promote one side in a referendum campaign".

In the run up to the Irish referendum on the Lisbon Treaty, to be held on 2nd October, it feels very much as if a propaganda campaign has been underway for some time, and that those responsible for it are hell bent on securing a “Yes” vote. Even before the special Sunday supplement, the Irish media, rather than giving coverage to the concerns of the Polish and Czech Republic Presidents and a huge percentage of their own citizens, have preferred to publish the criticism and warning expressed by the likes of the French President, Nicolas Sarkozy, to the non-signing Presidents.

We doubt the effectiveness of a propaganda campaign directed at the Irish people, who have always shown, throughout history, that they are capable of knowing their own mind, and that they have the courage and strength to hold on to those things they believe in.

With increasing numbers of European citizens showing their concerns about ratification of the Lisbon Treaty, the pressure against Lisbon is clearly intensifying, and it seems that ‘No’ voters are being encouraged by the ‘Klaus’ factor. In an article written in June 2008 about the Czech threat to the Lisbon Treaty, the BBC quoted Sarkozy, as having said "Ireland is a problem, but if we have a second or third problem then it's really going to get difficult".

Interestingly, both the ‘Yes’ and the ‘No’ camps are saying that their own particular stance on the Treaty will positively affect democracy, which has led to understandable confusion.

A European Parliament press release issued on 20th February 2008 announced that the Treaty would mean "more rights and clarity for citizens". It stated that: "the Lisbon Treaty would strengthen citizens' rights. For example, the binding nature of the EU Charter of Fundamental Rights offers greater certainty that citizens' rights will be fully respected, because any action taken by the EU institutions would have to pass this test".

However, prior to the previous Irish referendum on June 12th 2008, our Executive and Scientific Director, Dr Robert Verkerk, stressed the importance of a ‘No’ vote for this Treaty.

While there is no doubt that the text of the Lisbon Treaty specifies greater involvement of national parliaments as well as intergovernmental cooperation, the fact remains that the agenda, particularly in matters relating to consumer health—such as all aspects of healthcare—will be set almost entirely by unelected officials in the European Commission. Additionally, when it comes to competence, “common safety concerns in public health matters” (i.e. everything to do with the regulation of natural health) will be controlled predominantly by the European Union, rather than by individual Member States (see for example Part 1, Title 1, Article 4 of the Treaty).

Unelected bureaucrats within the European Commission are known to be heavily influenced both by the ‘heavyweight’ governments of the European Union, especially France, Germany and the UK, as well by major corporations, including the transnationals that control Big Food, Big Ag and Big Pharma.

In short, going with the Lisbon Treaty will hand almost total power in the regulation of natural health to the EU. While Member States, in a post-Lisbon environment, may actually have a greater capacity for subsidiarity and proportionality in many aspects of trade, this right will be largely obfuscated when it comes to any aspect of regulation relating to public health and consumer protection.

With three out of three people’s referenda (France, Holland and Ireland) so far yielding ‘No’ votes, the fact that all but two Member States (Czech Republic and Poland) have officially ratified the Treaty undoubtedly shows just how little the public view is taken into account. In this light, the current propaganda inferring that Lisbon will allow better representation of national parliaments and the public, is surely at least lame, if not overtly dishonest.

People of Ireland: Have you made up your mind about how you will vote on 2nd October?