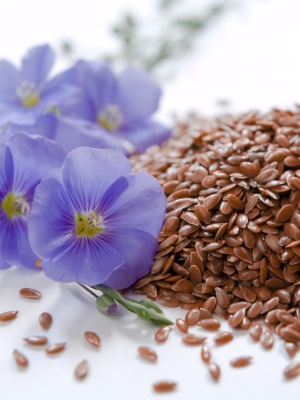 Flax seed oil, which is also known as linseed, is often used in health foods because it contains high levels of beneficial Omega-3 fatty acids.

The problem of illegal GM flax seed and oil reaching Europe from contaminated crops in north America, specifically Canada, has been known about for several months.

However, Britain's Food Standards Agency (FSA) stands accused of refusing to order the necessary testing of imports to keep the GM contamination out.

Marks & Spencer has an exemplary record on making efforts to keep GM ingredients out of its food in line with demands from its customers.

The GM Freeze campaign, which found the GM flax, said the real problem lies with the FSA's failure to take GM contamination of the food supply seriously.

For further information on illegal GM seeds found in bread

It is of great concern that, even with the rash of European Directives and Regulations in force today, illegal GM flax, known as Triffid and originating from Canada, has apparently been able to contaminate the food supply in Europe. It is also deeply disappointing that the UK Food Standards Agency (FSA), despite apparently being aware of the contamination since September 2009, has failed to use its power to inform or protect the public from these GMOs.

Marks and Spencer is a popular high street retailer, who, in response to consumer demand in the UK generally, have taken a stand against the inclusion of GMOs in their food products. It is sign of how relentless the push for GM by the biotech giants and governments is that we can no longer be guaranteed a food supply that is GM free.

As we consistently see, consumer power is the strongest mechanism at our disposal to stop the rot when it comes to GM contamination of our food supply. Consumers are often made to feel disempowered, but actually, by ensuring full transparency in labelling and making sure more and more people choose GM free produce, we throw a huge monkey-wrench in the biotech industry’s plans to ensure all our major staples are genetically modified.

We will soon release a report on one of the major hidden issues in the GM food issue: hidden GM in animal feed that comprises far and away the major food source for non-certified organic animal produce.

For more information on how to buy GM-free produce in countries like the US where GM labelling is not compulsory, see the Non-GMO Shopping Guide.

For more about the risks, and action you can take against GMO’s, please see our ‘Say No to GM’ campaign