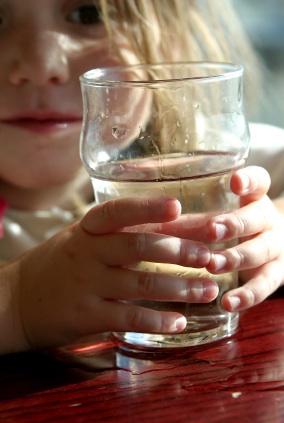 The formal dialogue session on Risk Assessment between stakeholders and the EU’s scientific committees on Nov 20th in Brussels heard criticism of the Commission, as the risk manager, for failing to protect children from fluoride risks. Only in Ireland and parts of the UK are fluoridation chemicals allowed in drinking water, where there is now an epidemic of dental fluorosis in children.

when the EU’s Scientific Committee on the Environment and Health(SCHER) is accused of being unqualified for its task. Yet the 20,000 member International Society of Doctors for Environment (ISDE) made just such a claim, when the Commission asked SCHER for scientific risk assessment of fluoridation chemicals."

ISDE declared that since fluoride chemicals act pharmacologically, SCHER’s lack of expertise in assessing medicinal substances is a serious impediment. In light of this major defect, the VOICE spokesman told the meeting, SCHER members should re-consider their role in this whole affair.

Pocock also said that it was six long years since the 2003 EU Drinking Water Seminar in Brussels, that the World Health Organisation in Geneva had promised within four months a similar risk assessment of the fluorosilicic acid in Irish drinking water, before he added "we are still awaiting it".

Another yellow card was shown to the Commission for failing to abide by its own rules requiring Rapid Advice when an urgent public health threat demands it. With some sixty children in Ireland each month (plus another 120 in the UK) getting moderate or severe dental fluorosis, there is ample reason for the Commission to invoke Rapid Advice in order to protect childen from this unnecessary risk.

The Scientific Committee on New and Emerging Health Risks(SCENIHR) reported how it had engaged other EU agencies including the European Medicines Evaluation Agency(EMEA) in assessing antimicrobial risk, an initiative fully endorsed by the Commission. Yet when faced with the official Irish evidence of an epidemic of dental fluorosis in children in Ireland (and pro rata in the UK) caused by an unlicensed medicinal substance in these two member states, the Commission refuses to engage with EMEA, surely cause for another yellow card?

VOICE has already called for the CEO of EMEA to stand aside for this blatant failure to enforce pharmacovigilance in Ireland and the UK, one possible explanation for EMEA’s inaction being that its CEO Mr Pat O’Mahony is also CEO of the Irish Medicines Board. As the risk manager and medicines regulator within the Commission, EMEA should have enforced the relevant directive years ago. Instead the Commission has passed the buck to an EU scientific committee unqualified for the task. The clear losers in this regulatory failure are at-risk children and the credibility of EU science.

Evidence of harm caused by water fluoridation with fluorosilicic acid exists right there amongst the communities who have no choice but to ingest it. Fluorosis is an effect that is easily observed, but questions have to be asked about what other parts of the body are affected by long-term ingestion of the substance, particularly in babies and the very young, who are much more vulnerable.

The fact that sixty children in Ireland each month (plus another 120 in the UK) are being allowed to develop moderate or severe dental fluorosis, and that this is being allowed to occur year after year, tells us all we need to know about how risk assessment works in the EC…

It’s staggering that the newly revised recommended daily allowances (RDAs) for foods and food supplements now have an entry for fluoride; even more staggering is the amount: 3.5 mg daily for adults! There is ample scientific evidence that habitual consumption of this amount of certain forms of fluoride, such as fluorosilicic acid over a lifetime is likely to lead to a host of adverse effects that go well beyond dental fluorosis.