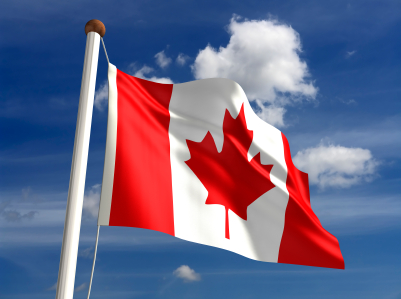 Canadians urged to keep up pressure over unconstitutional Bill C-6


Action needed to prevent passing of bill (under review by Senate)

The Alliance for Natural Health has received recent articles on the situation in Canada from Helke Ferrie, Canadian journalist, publisher and writer.  These provide an ideal opportunity for an update on the disturbing and unconstitutional Bill C-6, which concerned, health-conscious Canadians are working hard to overturn or amend…..

What is so worrying about the C-6 Bill?

Shawn Buckley, the lawyer who has been at the front of the Canadian assault on C-6, and who heads up the Natural Products Health Protection Association (NHPPA) in Canada has long-stated that Bill C-6 ends the ‘rule of law’ in Canada. It would mean a fundamental change in the rights and freedoms of Canadians and would give the government unprecedented rights which could bring Canada’s natural products industry to its knees.

“C-6 abolishes protection from trespass, a court-ordered warrant, and the need for court-supervised search and seizure; it bypasses existing laws on privacy and confidentiality and explicitly exempts the Minister of Health and government inspectors from any kind of third-party oversight and accountability; the need to publish regulations governing the activities of the inspectors is abolished, too; accused individuals have their access to the courts seriously limited; even the assumption of innocence is gone; astronomical fines are to be handed out for crimes committed on the Minister’s assumption of guilt which requires no supporting evidence for independent examination; even the corporate shield would disappear, because corporate directors would be legally liable for the actions of their employees – which actions would be deemed criminal solely on the opinion of the Minister, not by the courts; finally, this bill allows foreign governments and institutions, like CODEX and the World Trade Organization, to have the same powers over Canadians in all these matters outlined above, as if they were part of our own government”

Senator Elaine McCoy (during Senate Debate on Bill C-6, September 16, 2009) is one of a few senators who has expressed serious concerns about Bill C-6:

“…what on earth are we imposing on the people of Canada with this kind of totalitarian tactic that is being endorsed and spread through this legislation into the tiniest corners of our lives? It even gives the minister … the ability to take the word of a foreign government on which to base decisions in Canada!”

The above quotes, and following summary points are taken from the article ‘Report from the C-6 trenches’ by Helke Ferrie, for Vitality Magazine, October 2009:

“In 2008, when I was researching the origins of bill C-51 (food and drugs) and C-52 (hazardous products, now C-6) for my book of What Part of No! Don’t They Understand? (free on www.kospublishing.com), I was struck by the eerie similarities and frequent use of identical wording found in these bills introduced in the parliaments of the EU, Australia, the USA, and Canada.  Trade treaties alone could not explain this cloning. Treaties are supposed to enable countries with different national priorities to find common methods of exchange.  When countries with different social histories, regional priorities, government ideologies, and saleable goods mysteriously propose virtually identical regulatory legislation which would wipe out all visible differences, this drastic leveling process begs the question, ‘Who profits?’”

… Funny that… Any citizens of the EU, Australia and the USA who are reading this are no doubt thinking that all this sounds eerily familiar, and are probably thinking about that question too? We think that, by now, they have all joined the dots and have a pretty good idea who profits…..!