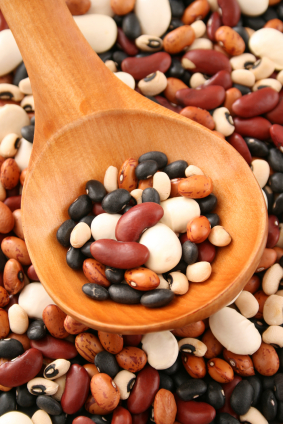 Two Norwegian studies, the Norwegian Vitamin Trial and the Western Norway B Vitamin Intervention Trial, both designed to investigate the effects of higher dose folic acid and vitamin B12 on reducing deaths from heart disease (through lowering homocysteine levels), have shown that high dose folic acid supplementation may unexpectedly give rise to an increased incidence of cancer and all-cause mortality. The results have been analysed in a recently published article in JAMA.

The studies found increased risk of death from cancer (as well as other risks) among those who supplemented with 800 mcg folic acid daily. Lung cancer was the type of cancer that appeared most elevated by the supplementation (around 40% of the population group were currently smokers). Supplementation treatment was carried out for (on average) 39 months and follow-up occurred for about the same time period, although the researchers had no record whether supplementation (of these and other vitamins, minerals and other nutrients) was continued or discontinued during follow-up.

It must be said though, that the results of the JAMA analysis conflict with a number of other studies that show folic acid (synthetic, oxidised folate), and more specifically, the reduced form of folates as found in green-leaved vegetables, to be linked with decreased, rather than increased, risk of particular cancers.

Facts which weaken the drawing of further conclusions from these studies

The conclusion can only be related to the particular study group in question, and it is clear that the participants in the studies were far from healthy:

Although the study looked at very limited interactions with other vitamins, namely the addition of vitamin B12 and B6 to the folic acid, there is evidence that elevated levels of vitamin B1, B2 and B3 are also needed for proper folate cycling in the body. The Norwegian researchers did not look at red cell folate status, nor at the amount of unmetabolised folic acid in the serum (the liquid part of blood). These facts weaken the drawing of further conclusions from the studies.

There is however a growing amount of scientific research showing that high serum levels of the unmetabolised, oxidised form of folate, folic acid, may be associated with increased incidence of certain cancers in particular population groups. To be used by the body, folic acid must be reduced by the enzyme dihydrofolate reductase (DHFR) and, the amount of this varies among individuals by nearly five-fold.

How might a high intake of synthetic folic acid give rise to cancer?

Firstly, folate is known for the part it plays during healthy cell division within the body, whilst cancer is a form of cell division gone awry.

There is some evidence that folic acid might accelerate the growth of very early, and as yet undetected cancer forms (neoplasms). There is also some evidence that high levels of unmetabolised folic acid within the serum may affect the function of natural killer cells. These are part of the body’s immune system, which among other things, kill cancer cells (Troen et al 2006).

On this particular issue, there is no evidence whatsoever that these high levels are achieved by those consuming 200 mcg or 400 mcg/day, which represent more common daily intakes in food supplements or fortified foods.

Looking at the other side of the problem, there is a considerable amount of evidence to show that low folate status gives rise to a wide range of health problems, which include: increased risk of neural tube defects, increased cancer and heart disease risk, venous thromboembolism, despression, various neuropsychiatric conditions, etc.

International requirements for folate and folic acid have been set by the UN’s Food and Agricultural Organization (FAO).

What the consumer should do

It seems that there are now sufficient data to suggest that high risk population groups (those over 50, who might smoke or be at risk from other known carcinogens, or have a family history of cancer) should be cautious of taking more than 400 mcg of synthetic folic acid (usually designate as ‘folic acid’ or “pteroylmonoglutamic acid’ on the label, sometimes under the category ‘folate’) daily.

Taking 800 mcg or even more of the reduced forms of folate, as found in green vegetables or in some supplements (designated as ‘methyl tetrahydrofolate’, 5-methyltetrahydrofolate’, ‘calcium-L-methylfolate’, ‘formyl tetrahydrofolate’, folinic acid or similar) does not present this risk. These polyglutamate forms do not accumulate in their unmetabolised forms in the bloodstream and are the biologically active forms.

As ever, the unfolding story of the science about folates seems to reinforce the fact that there are profound differences in the way the body responds to synthetic vis-a-vie natural forms. Naturally derived nutrients are often handled most appropriately by the body and are not always absorbed the fastest (it is a common misconception that natural forms are more bioavailable and absorbed by the body faster).

Here is a list of natural sources of polyglutamate folate: