Home News Texting or phoning - which is safer? 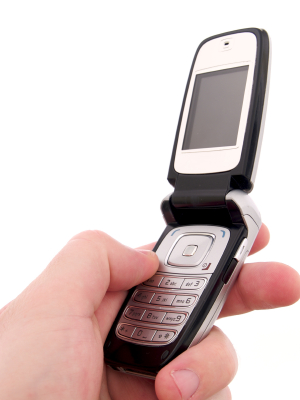 Texting or phoning - which is safer?


US Census Bureau figures tell us we&rsquo;re texting more: what are the implications?

WASHINGTON -- Americans punched out more than 110 billion text messages in December 2008, double the number in the last month of 2007, as the shorthand communication becomes a popular alternative to cell phone calls.

The nation's 270 million cell phone subscribers each sent out an average of 407 text messages in December 2008, according to government statistics released Tuesday by the Census Bureau. That's more than double the 188 messages sent by the average cell subscriber during the same period in 2007.

The figures did not break down the texting by age, but the overall numbers understate the thousands of texts sent each month by many teens -- balanced out by older folks who don't text as much.

"We are seeing a clear trend of huge increases in text messaging," said Amanda Lenhart, senior research specialist at the Pew Internet and American Life Project. "If teens are a leader for America, then we are moving to a text-based communication system. For them, there is less interest in talking."

What’s good about it?

The news that cell phone users are choosing to text rather than call is positive as it means that the phone is being used further away from their body. This reduces the amount of harmful radio frequency (RF) in the microwave range reaching the brain and therefore reduces long-term potential risks of developing tumours.

What’s bad about it?

However, the reliance on the mobile phone means people are being exposed to cell phones for longer and longer periods of the day. For many, cell phones are seen as essential accessories that are kept close to their person and left switched on, sometimes 24 hours a day.

How many of you sleep with your mobile phone on your bedside table, switched on over night? How many use your phone to listen to music with earphones? All of these actions mean that some people are exposing themselves to significant amounts of RF radiation all day, every day. For children, this can be a particular risk.

Where to find out more about the science

Although adults have previously led in the cell phone ownership, several years of survey data collected by the Pew Internet & American Life Project show that those kids aged 12-17 are closing the gap. In its 2004 Teens and Parents project, the survey showed that 45% of teens had a cell phone. Since that time, cell phone use has climbed steadily among teens to 63% in the fall of 2006 to 71% in early 2008.

As mentioned, the findings of the Bioinitiative Report illustrate the positive side of people preferring to text as a means of communication. However, just having a phone near to us is exposure in itself so how are we to protect ourselves?

The Bioinitiative report found that even the smallest distance can make a difference to the amount of EMR exposure a person is exposed to. Below are some of ANH’s suggestions to protect yourself from electro-radiation (visit our campaign page –  for more suggestions):