Home News Canadian pediatricians want vitamins to be made drugs 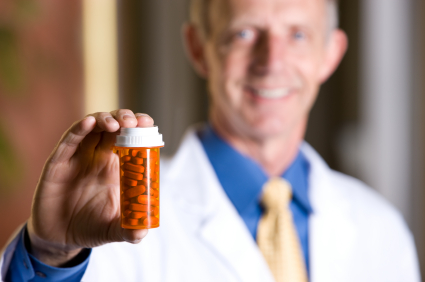 Canadian pediatricians want vitamins to be made drugs

ANH looks at the drive to &lsquo;medicalise&rsquo; natural products

Vitamins A, E, D, folic acid and niacin should be categorised as over-the-counter (OTC) medicines, whilst vitamin A should be banned altogether, according to a review of adverse events from Canada.

Three Canadian pediatricians, Rogovik, Vohra and Goldman, reviewed adverse effects, events and potential (drug) interactions of vitamins ‘in light of their current prevalence of use’, and their conclusion was published in The Annals of Pharmacotherapy.

View the abstract: ‘Safety Considerations and Potential Interactions of Vitamins: Should Vitamins Be Considered Drugs?’

NutraIngredients-USA have reported that the findings have been dismissed by both the Natural Products Association (NPA) and the Council for Responsible Nutrition (CRN).

"This article, though published in a peer-reviewed journal, is a pre-determined conclusion in search of evidence to support it,” said Andrew Shao, senior vice president, scientific and regulatory affairs, CRN. “The authors have clearly cherry-picked literature to support their position and did not assess the totality of evidence in order to develop their unbalanced recommendation.”

Daniel Fabricant, PhD, vice president for scientific and regulatory affairs at NPA told NutraIngredients-USA: “The authors need to understand that what they're asking isn’t data driven, there is an adverse events reporting (AER) system, and if any of these such theoretical issues they bring up were in-fact real, there would be a signal in the post-market surveillance system which the authors should recognize is the same for medical prescriptions, devices, and OTCs.

“Most importantly, they need to understand that the risk needs to be attributed to the riskier product, which all medical scientists, toxicologists, and so on worth their salt would agree is the pharmaceutical,” added Fabricant.

The two US natural products industry trade associations have given a reasonable assessment of the Annals of Pharmacotherapy study. Let’s remember this was a desk-based study looking mainly at clinical trials from 1966 through to October 2009, so it didn’t involve any information not already known.

There simply is no justifiable reason for suggesting that vitamins A, E, D, folic acid and niacin should become over-the-counter medicines.

The empirical evidence doesn’t even suggest that these are the micronutrients, at normal usage rates, that cause the main problems. In fact, they save lives. Taking them out of multivitamin/mineral products causes additional problems, given that many vitamins—and minerals— work together synergistically.  The empirical evidence from poisons centers and government databases actually tells us that certain forms of iron supplement are far and away the most risky, particularly if they are kept within reach of children who then choose to down them.  This is not the case for so-called ‘gentle iron’, iron bisglycinate, the type of iron widely available in healthstores, but it is the case for the form of iron, iron sulphate, recommended by many pharmacists and medical doctors for the treatment of anaemia.

When it comes to evaluating risk, again, where there are safety concerns over vitamins, these can be attributed clearly to the forms of vitamins favoured by pharmaceutical companies. In the spotlight here are synthetic vitamin E and synthetic folic acid, but risks are evident only with long-term use at very high doses. The solution? Don’t take these forms of vitamins at high dosages long term or, better still, use the natural forms of vitamin E and folate. Also, try to get as much of these vitamins from your diet as you can.

The thing that seems to have escaped the ‘let’s-turn-vitamins–into-drugs’ lobby is that there are plenty of other items that are regarded as legitimate foods or food ingredients (i.e. are not being pushed in the direction of licensed drugs) that are also bad at high dosages with prolonged use. Sugar, salt, hydrogenated and transfats come to mind, as well as many chemical food additives. And what then about GM foods?

So you see where the problem really lies? Pharmaceutical forms of vitamins.

Interestingly, a study authored by scientists from the world’s second largest drug company, GSK, carried in the very same journal, the Annals of Pharmacotherapy, suggests that the use of melatonin, classified already as a drug throughout Europe, is both safe and efficacious for the treatment of insomnia in children! Who’s asleep now?

The huge cost of ‘medicalising’ the natural products industry

The sub-text here is that there is an on-going drive to ‘medicalise’ the natural products industry. Wherever barriers are put in the way of smaller companies, such as forcing them into a drugs licensing regime, we will see key, innovative, smaller companies falling by the way. These companies simply can’t afford the cost of compliance.  It’s the same pattern we’ve already seen with the food industry: do you remember the local greengrocer on the high street? Most have disappeared in the western world, having been replaced by the food industry giants.

If we’re not careful, we’ll see a similar loss of the high street health store, and the invaluable service offered by their staff to members of the local community.