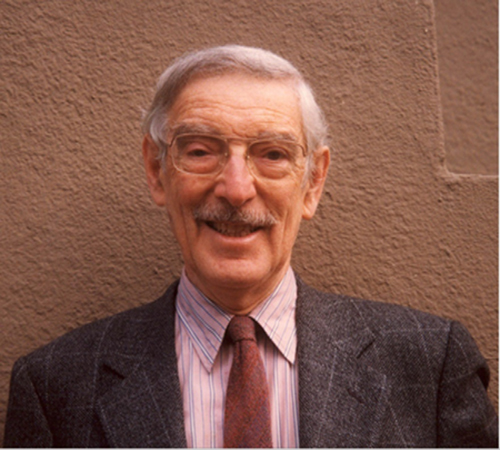 
Why modest shortages of vitamins &amp; minerals matter so much

Why modest shortages of vitamins / minerals matter so much

Dr Bruce Ames is Professor of Biochemistry and Molecular Biology, University of California, Berkeley, and a Senior Scientist at Children's Hospital Oakland Research Institute (CHORI). His Curriculum Vitae reminds us of the importance of Dr Ames’ scientific experience and contributions, having published over 500 scientific journals, and gained long lists of honours and awards.

In 2006, Professor Ames published a key article in the Proceedings of the National Academy of Sciences of the United States of America (PNAS), entitled ‘Low micronutrient intake may accelerate the degenerative diseases of aging through allocation of scarce micronutrients by triage’. Ames had become well aware that many micronutrient (vitamins and minerals) deficiencies are associated with chromosome breaks and cancer in humans,  such deficiencies having caused DNA damage in rodents or human cells in culture. It had also been established that chromosomal breaks cause early aging. As a result Professor Ames proposed that DNA damage and late onset disease are consequences of a ‘triage allocation mechanism’ developed during evolution to cope with periods of micronutrient shortage.

In other words, micronutrients, when scarce, are used for short-term survival at the expense of long-term survival.

In a September 2009 press release, from the Children’s Hospital and Research Center Oakland, it was announced that ‘the theory explains why diseases associated with aging like cancer, heart disease, and dementia (and the pace of aging itself) may be unintended consequences of mechanisms developed during evolution to protect against episodic vitamin/mineral shortages’.

Why old people are susceptible to osteoporosis

A good example of Ames’ triage theory is demonstrated when calcium is released from the bones into the blood stream as a short–term survival response to reduce the metabolic overacidity caused by high protein intake. This ‘short term’ emergency measure taken by the body, often results in the long-term consequences of osteoporosis. Practitioners who use nutritional approaches have long recognised this consequence of a high protein diet, and this has been a persistent argument against the long term use of the popular high protein Atkins diet.

A look at Professor Ames ‘Research Interests’ page, on his website, reveals the importance he clearly places on this area of his life’s work so far.

In an interview with Stephen Daniells, published on 9th February 2010 in Nutraingredients-USA.com, Professor Ames said that his ‘triage theory’ is ‘the most important thing I have ever worked on’, and that it ‘makes sense…  and is almost certainly going to be right’.

Professor Ames’ theory that modest micronutrient inadequacy is behind the rise in chronic diseases is gaining support with a new analysis (the first of a series), co-authored by Dr Ames and Dr Joyce McCann. The article is published in the American Journal of Clinical Nutrition, October 2009, and is entitled: ‘Vitamin K, an example of triage theory: is micronutrient inadequacy linked to diseases of aging?’.  In this work, the researchers test the basic premises of the triage theory.

A reviewer of the manuscript noted that “this review provides a unique perspective of consequences of vitamin K insufficiency and may serve as an important future reference, as new vitamin K dependent proteins are identified and new (non-clotting) functions of vitamin K are elucidated. More broadly, an assessment of micronutrient sufficiency from the perspective of triage theory may provide a valuable point of view, as current recommendations for nutrient intakes are reconsidered.”

In the light of the increasing weight being given to Professor Ames’ very credible theory, should Europe be planning to severely reduce our intake of micronutrients?

The second phase of the EU Food Supplements Directive: the setting of ‘Maximum Permitted Levels’ (MPLs) of vitamins and minerals is expected to be implemented this year, although serious doubts have already been cast over the methods being considered for this by the European Food Safety Authority, through the recent publication of a critical review just published in the scientific journal Toxicology. Lead author of the article, Robert Verkerk PhD, ANH International’s very own scientific and executive director, considers the proposed methods for determining ‘Maximum Permitted Levels’ as "fatally flawed". The paper reveals that proposed maximum amounts for some vitamins and minerals are so low they may even be exceeded in a single junk meal.

This being the case, and were such low levels to be adopted, it seems highly probable that, for much of the population of Europe, significant (or at best, modest) micronutrient deficiencies would ensue or continue. If the Professor Ames triage theory is correct, as looks increasingly likely, people’s short-term survival mechanisms would be operating at the expense of their long-term survival mechanisms, and it means that we could expect, in the future, to see no let up in the incidence of chronic disease, and early onset aging.

This is one of the reasons why it is so vital that we take action to prevent the setting of MPLs based on this flawed risk assessment. We at the ANH are taking all the action we can. One of the important things that concerned citizens of Europe can do, is to sign our important online petition for unfair EU restrictions on Vitamin and Mineral levels.

For more about what you can do, please see our ‘Get Involved’ page.