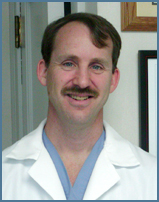 An influential Massachusetts anaesthesia professor pleaded guilty on 22nd February 2010, to one count of federal health care fraud, after being accused of faking research for 12 years. Dr Scott Reuben’s ‘work’ on post-operative pain management using highly controversial pharmaceutical drugs such as Vioxx and Celebrex was published in scientific journals such as ‘Anesthesia & Analgesia’. Tweny-one of Reub published studies were retracted last year.

Following a plea hearing in a US District Court, Dr. Scott Reuben’s attorney confirmed that the anaesthesiologist will have to repay $361,932 in research grants and forfeit assets worth at least $50,000.

An article in the Washington Post: ‘Mass doctor pleads guilty to research fraud’ reports on this recent development, though the story broke last year. They reported that: “Prosecutors alleged the former chief of acute pain at Baystate Medical Center in Springfield sought and received research grants from pharmaceutical companies but never performed the studies. They said he fabricated patient data and submitted information to anesthesiology journals that unwittingly published it.”

When a doctor or scientist has reached the rank of ‘professor’, and is described as ‘prolific’, ‘influential’, and a ‘pioneer’ in their area of expertise, people generally assume that their work is of the highest quality and their research methods sound. Not so in the case of Scott S Reuben, the Massachusetts Professor of Anesthesiology and Pain Medicine.

Of course it’s a huge concern that Dr Reuben’s fabricated research ‘findings’ in the area of postoperative pain management (using pharmaceutical products) may have influenced millions of patients worldwide. So believes Steven Shafer, editor in chief of the Journal Anesthesia & Analgesia, as reported in the journal Scientific American last March. Steven Shafer retracted many of Reuben’s papers, which had been previously published in Anesthesia & Analgesia. Other journals did the same. Consequently, many hospitals and other medical institutions had to review their postoperative care programs.

Of equal concern is the reported estimation by Paul White (also an editor of Anesthesia & Analgesia) that Dr Reuben’s phony research may have encouraged the sale of billions of dollars worth of the potentially dangerous COX2 inhibitors, Pfizer’s Celebrex and Merck’s Vioxx. We are told that such use would only have been for short-term pain management, but that recovery periods may possibly have been prolonged by the unproven, off-label use of these drugs for this purpose.

We are also told that Dr Reuben was a member of Pfizer’s speakers’ bureau, and as such, would have been expected to give talks about its drugs to colleagues for financial reward.

Between 2002 and 2007, it seems he was given five research grants by Pfizer. With so much money being handed out, why would Pfizer not have any input into, or overseen how these funds were being used? It may never be known just how much of a hand Pfizer had in influencing Reuben’s research. And how many other Prof Reuben’s have yet to be identified?

Last year, a study by Dr Daniele Fanelli brought to our attention that misconduct is actually more prevalent in clinical, medical and pharmaceutical research than most other fields. Given that clinical research is now seen by regulators as the ‘gold standard’ and required for approvals of new ingredients or health claims, makes this even more astonishing. An ANH feature in July 2009 by Steve Hickey PhD, ANH expert committee, and Robert Verkerk PhD, executive & scientific director, explores this further, and concluded:

“This misconduct is a consequence of the large financial interests in studies of drugs and other treatments. A minor change in the percentage of people benefiting from a treatment in a study could affect billions of dollars in future sales. We know that most of these clinical studies are reporting false and misleading results from statistical considerations alone. We need to add a specific bias from fraud and data manipulation. When deliberate deception is included, we conclude that modern "evidence-based" medicine needs a health warning”.

Rotten to the core

So while Prof Reuben has been exposed, it seems clear he has not operated on his own, and without pressure from one of the most powerful industries on the planet today. One also has to examine the way big business is allowed to conduct itself.

Does Big Pharma’s relationship with doctors and many others in the health care industry, (and beyond), with its ‘financial incentive and rewards’ system too easily encourage anything ranging from a slight bias in favour of certain pharmaceuticals to utter and complete fraud?

For more information, please refer to our earlier news item:

(It seems that, when a drug is lucrative,  Pharma companies might not only be misrepresenting or suppressing data about harmful effects, but they might also be trying to intimidate independent scientists! And why did the FDA allow continued sales of Avandia, once they knew of the dangers?)