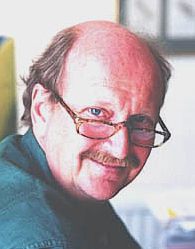 Most natural health advocates would regard this as good news&hellip;

“A leading centre for research into alternative medicine could close because of a lack of funding following a clash with a senior aide to the Prince of Wales, it is claimed.

The University of Exeter unit, headed by Edzard Ernst, Britain’s first Professor of Complementary Medicine, could shut next year unless new finance can be found.

The Centre for Complementary Medicine examines the efficacy of alternative therapies, testing them in the same way as conventional medicines.

It has upset some alternative practitioners by questioning the evidence behind ideas such as homeopathy.

A report in The Times says Professor Ernst blamed its uncertain future on a lack of support from his university since when he clashed publicly with the Prince of Wales’ Foundation for Integrated Health, which supports the use of homeopathy by the NHS for patients who cannot be treated with conventional medicine.”

It’s all very well to make a big fuss in the national media about losing your research funding. But Prof Ernst might want to look at some other reasons for his lack of success in maintaining funding. His Chair at Exeter University’s Peninsula Medical School was established with the support of £1.5 million from the building magnate Maurice Laing, back in 1993.

From the outset, Ernst continued to have problems gaining other sources of funding and had to return to Sir Maurice Laing for more support when the funds dried up some 10 years on.

Amazingly, Sir Maurice continued to provide Ernst with funding despite the fact that much of Ernst’s work revealed negative findings that were contrary to Sir Maurice’s own belief and experience, as well as that of many hundreds of thousands of practitioners and patients using alternative medicine the world over.

While Ernst now seems compelled to blame the spats he’s had with the Prince of Wales, himself a passionate protagonist of natural health and sustainability principles as promoted though his Foundation for Integrated Health, this may well be a scapegoat for his cause. An unspoken reason for Ernst’s funding concerns could well be that Ernst’s primary source of funding for 18 years was Sir Maurice, who passed on in 2008.

And why have no other organizations come to the table to help out? Ernst has been a huge advocate of applying the randomized controlled trial (RCT) to alternative medicine to determine the effectiveness of treatments. The results? Mainly negative. The key question arising, that has been thrown around many times, including by Ernst himself, is as follows: Does the RCT represent the best, or even an appropriate, tool for evaluating the effectiveness of alternative medicine?

Answers to this question are divided. One view which highlights the problems with Ernst’s research methods has been set out clearly in an article by our scientific and executive director, Robert Verkerk PhD. Other views abound. But the bottom line is there does appear to be a huge discrepancy between those effects observed and experienced, as compared with those found in the over 1000 peer reviewed papers published by Ernst and his group at Exeter.

At the ANH, we have long argued that scientific tools for assessing clinical observation and experience are in their infancy, and as such are rarely deployed in research. We also feel strongly that it is far too over-simplistic to do what Ernst does, and make a judgment on the merits of a particular modality depending on whether it is found to yield an effect over and above the placebo effect in an RCT. The placebo effect is in itself too complex, and there are a host of other effects that work to confound the situation, as recognized by Ernst himself and explained in Dr Verkerk’s article.

Saying this, there can be no doubt that the public rows that Ernst has initiated with the Prince of Wales have done very little to help his cause. Financial support was only guaranteed until July 2010 and it seems after that, funding will not be forthcoming without some sort of ‘miracle’. The Times Online has reported Exeter University’s Peninsula College of Medicine as saying “the college is working with Professor Ernst to establish a business plan to make the best use of the remaining available funding, and it is now likely that the college will be able to support the centre until at least the spring of 2011.”

As well as upsetting supporters of alternative and complementary medicines, Ernst has apparently also managed to become an embarrassment to his own university, describing himself as a ‘persona non grata’. In 2008, after attacking the Smallwood report, commissioned by the Prince of Wales, Prof Ernst admits this seemed to be a turning point and fundraising activity ground to a halt. But the professor is mute over the fact that this is also the year Sir Maurice passed away.