Home News Traditional herbal medicines in the EU: an update 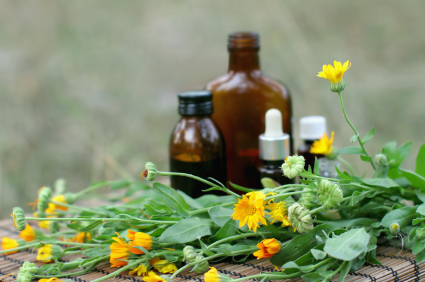 Traditional herbal medicines in the EU: an update

The ANH answers some questions posed by the American Botanical Council

When the Traditional Herbal Medicinal Products Directive was passed in 2004, many herbal producers, including those producing herbs for the great and ancient traditions of Ayurveda and Traditional Chinese Medicine, saw the Directive as a ‘godsend’.

Here was a piece of law that would give these herbal products a proper medicinal classification, meaning they could actually be used to help make sick people healthier. The food supplements regime, under which most of these products have been sold in Europe, of course doesn’t allow any claim to be made about the treatment or protection against disease. In fact, food supplements are intended only for healthy persons (so they say)!

We are now 6 years into the implementation of the Directive, and only there’s only a year before it’s all-important transition phase runs out.

The American Botanical Council approached the ANH with three questions, asking its views on this issue that is of great importance to natural health, especially in the European Union. But obviously it has a major impact on suppliers from all around the world, and given the way in which European regulatory models are viewed in other regions, the practical workability of the system is crucial if it’s going to be adopted elsewhere.

Here’s what we had to say in response to the questions (in bold text) from the American Botanical Council:

1) Is ANH continuing its campaign for the amendment of the EU’s THMPD? If so, on what grounds, and how has the European Commission been responding to such calls?

The ANH is dealing with the full scope of issues raised by the THMPD (EC Directive 2004/24/EC), as well as looking for ways of rectifying some of the Directive’s fundamental flaws. We are now only around a year away from the end of the transition phase of the Directive. After March 31, 2011, the Directive will be fully implemented and any products that are deemed by EU regulators as “traditional medicinal products” (THMPs) will not be allowed to be sold or marketed in the EU unless they have been successfully licensed under the Traditional Herbal Medicinal Products Registration Scheme. In essence, there are so many deficiencies in the scheme that, if you look at the two great traditions that were central to the development of the scheme in the first place, that of traditional Chinese medicine (TCM) and the herbal products associated with Ayurveda, not a single product from either of these traditions has yet to be registered! Some will say this is because Indian and Chinese interests have not submitted applications, but there is a good reason for this. In the majority of cases, company’s have found it very difficult to provide the data required. The ANH has worked with a number who have been trying or are still trying.

In essence, it’s akin to trying to put a square peg in a round hole. The scheme is simply not built for complex polyherbal products and the requirement for proving 15 years EU usage out of a total of 30 years traditional use (the ‘30 year rule’), 6 months stability data and genotoxicity data put a huge barrier in the way of registration for many products and many companies. It’s not just a question of cost, which obviously impacts smaller companies much more than larger ones, it’s also that some of the requirements are simply very difficult to meet from a technical perspective, especially for complex herbal products typical of these traditions.

We’re doing a lot of work though our sister arm, ANH Consultancy Ltd, which provides company specific consultancy to players in the natural health arena on a very wide range of issues from compliance to trials to registration. As it turns out, many are benefiting from developing a stronger arsenal of products in the botanical food supplement arena. This obviously means you don’t get your license as a THMP but you do manage to continue to sell your product, as a food supplement. This area, however, is suffering because of the very restrictive health claims environment that is emerging in Europe, with the passage of the Nutrition and Health Claims Regulation (EC Regulation No 1924/2006).

Finally, we are working with top EU lawyers, as well as heavyweight industry and governmental players in both India and China, with a view of bringing a legal challenge. This would be a necessity if amendments to the Directive are not accepted. There is big pressure to bring a legal challenge, but we have to remind those concerned that this should be a last course of action, implemented only if all else fails. And it would almost certainly need to be implemented after the transition phase ends, so that the negative impact of the Directive is seen as crystalline.

2) How are herbal medicine manufacturers being affected by these new regulations?

The vast majority have not been able to benefit from the THMP. For many who have thus far been successful in getting registrations, these registrations represent only a small or very small proportion of their full product range. For most companies, the THMPR represents too big an obstacle and they have to make do with continuing to sell botanical food supplements. Many of these companies are very concerned by the way in which risk assessment, being developed specifically by the European Food Safety Authority (EFSA) for botanical food supplements, will affect their products after March 31, 2011. The European Commission has decided to not progress EU-wide harmonization of botanical food supplements, so risk assessments, and subsequent risk management, will be undertaken by individual Member States, using the guidance issued by EFSA. A little bit of light at the end of the tunnel is the prospect that the Mutual Recognition Regulation will assist sale of specific herbs and products in some Member States, on the condition that the Member State in question cannot provide data that suggests that the herb or product is a risk to public health.

3) Do you foresee any reassessment of the THMPD once April 2011 rolls around and we have a better perspective on its full implications?

Yes – I think this is likely. But it doesn’t look like there is any resolve on the part of the European Commission to change key parts of the Directive that are causing problems, such as the 30-year rule. You can see the Commission’s opinion from a communication issued in September 2008. This shows clearly that the area that the Commission is most open to changing is the idea of developing amendments that are specific to individual traditions such as TCM or Ayurveda. They are undoubtedly aware that such changes will be necessary if they are not to discriminate against these traditions, in favor of, for example, the phytopharmaceutical tradition of Germany. However, with increasing pressure for a legal challenge, that might all change. There is a key meeting of Ayurvedic interests, including Ayush, the arm of the Indian government responsible for Ayurveda, late in March in Hungary addressing these problems. We’ll be present there, presenting on the challenges posed by the Directive and ways of resolving them, including via legal means. In May we go to China, on the invitation of the Chinese government and deal with their grave concerns about how European legislation impacts TCM. In short, a significant proportion of the world’s population is concerned about what the EU is doing with herbal products, and it’s high time European regulators took stock of what they are doing. If they don’t do it of their own volition, forcing them via legal action to prevent discrimination and adapt the regulatory regime to make it more suitable to a wider diversity of cultures is the only option available.

With McCain’s bill (S. 3002) seeming to bring with it key, highly onerous elements of the European regulatory system, we feel strongly that Americans need to do everything they can to prevent the EU model coming to roost in the US.