Home News Views on the McCain bill from US constitutional lawyer 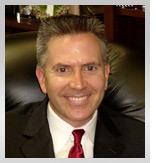 Views on the McCain bill from US constitutional lawyer

Jonathan Emord is a US attorney who has appeared before federal courts and agencies frequently on behalf of clients who seek a lessening or an elimination of regulatory constraints that deny them basic rights to liberty. He practices food and drug law, deceptive advertising law, and libel law.

Jonathan Emord agrees with our views about some legislation effectively gagging our freedom of speech, and believes that in some instances a legal challenge is possibly the only way out.  With 5 successful legal challenges on issues such as Health Claims with the US Food and Drug Administration (FDA), he is an expert at what he does and a seriously high-calibre lawyer.

He has recently written 2 articles for NewsWithViews.com regarding the Dietary Supplement Safety Act of 2010 introduced to the United States Senate by John McCain. 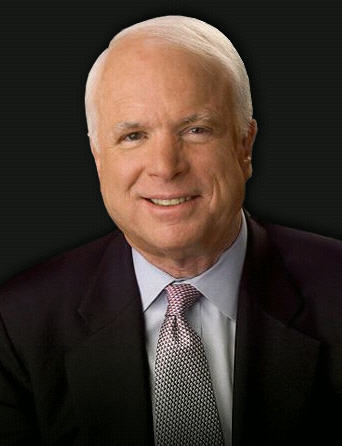 "On February 3, 2010, John McCain introduced to the United States Senate the Dietary Supplement Safety Act of 2010. Reflecting upon this poorly written bill, I am struck by the fact that John McCain apparently sees little difference between fissile material and dietary supplements. He is intent on regulating supplements as if they were radioactive enriched uranium rather than bioactive vitamins, minerals, amino acids, and botanicals that more often than not help people.

The Dietary Supplement Safety Act of 2010 enjoys support from the most liberal members of Congress. It is an invitation for the FDA to assume broad new powers and replicate here the system now operating in Europe over dietary supplements where dietary ingredients are presumed adulterated and unlawful to sell unless pre-approved by the government. In short, goodbye free enterprise, goodbye limited government, and hello more heavy handed, arbitrary and punitive FDA bias against the beleaguered dietary supplement industry.

Now lest you think the FDA lacks power to remove dietary supplements from the market when sold in forms or dosage amounts that present a risk of illness or injury, let me also assure you that it has that power. It is codified in statute and embedded in regulation. FDA can halt the sale of any dietary ingredient that presents a risk of illness or injury, can get an injunction blocking the sale, and can prosecute those responsible. The power already exists. But McCain’s bill gives FDA power beyond the necessary. He apparently wants the FDA to function outside the bounds of due process of law and the separation of powers.

Under Senator McCain’s bill everyone from Joe the Plumber to the local health food store owner to the large multi-national supplement manufacturer and distributor must report to FDA their names, addresses, dietary supplement products they held and sold, and the ingredients of those products, or go to jail.

Under Senator McCain’s bill, the FDA Commissioner (in the same manner as the European Food Safety Authority) will create a list of “Accepted Dietary Ingredients.” If a dietary ingredient is not on the Commissioner’s accepted list, it will be unlawful to sell in the United States. In other words, all supplements are presumed unlawful unless and until the FDA Commissioner says otherwise. Forget about requiring the government to prove food elements unsafe before removing them from the market. Under McCain’s bill, at her whim or caprice FDA Commissioner Margaret Hamburg can ban the ingredient as unsafe. She can do it summarily without a hearing, without a rulemaking, and without any due process.

Under Senator McCain’s bill, the FDA Commissioner has unbridled discretion to remove any dietary ingredient from the market on a mere suspicion that it causes harm. There is no separation of powers, so the party charging you with a violation (the FDA) prosecutes you and judges your violation. In other words, John McCain fully endorses the modern regulatory state and is opposed to the system of checks and balances and separation of powers prescribed as necessary to avoid tyranny by none other than the Founding Fathers of the United States. 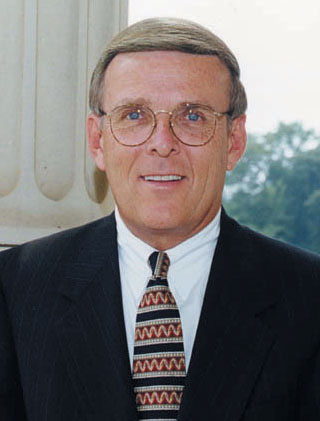 McCain’s bill has hit a wall of opposition, a wall constructed by significant protests from consumers, physicians, and industry, precisely because it invites FDA to remove supplements from the market and it regulates down to the grandmother who distributes supplements from her basement. The bill is the political equivalent of a loathsome, contagious disease. Those who sign onto it will likely suffer the same rebuke as Senator McCain. Consequently, weeks after its introduction, it still has only one co-sponsor, the original one, the retiring liberal Democratic Senator Byron Dorgan.

Some on the Hill and in the trade associations are now playing the field for McCain, telling the supplement industry that a compromise bill can be crafted. This is to lessen the ire against the bill. The problem with accepting that compromise approach is that it increases the likelihood that some part of this bad bill will make it into the law. If a version of McCain’s bill ever passes the Senate and another version of it the House, it would be negotiated in conference where supplement haters like Henry Waxman would do FDA’s bidding and add into the bill loose language to permit a gross expansion in FDA regulatory power.

In short, there is no sound reason for enacting any part of the McCain bill. There is no such thing as irrelevant legislation. If you give FDA a new law, FDA will interpret it to provide the agency with new powers.”

“Additional good news comes in the form of action by the Alliance for Natural Health-USA (WWW.ANH-USA.ORG). I am deeply impressed by that group’s national campaign against the bill (a campaign that in its first call to action caused 46,000 people to email their U.S. Senators against the bill). ANH-USA is organizing a rally against the bill in McCain’s home state. If you want to help make a big difference against this bill, I urge you to send an email against the bill to your U.S. Senators through the ANH web site. If you can, send a financial contribution to that group (also through its web site) to help wage this battle. The bill has no momentum. Its time to send a resounding message that it must be withdrawn, not revised.”

Jonathan has written other articles for NewsWithViews.com, including one covering the topic of Washington DC’s ability to cope in the event of a crisis. Well worth getting a coffee and taking 5 minutes to enjoy his unique views and eloquent way of writing.