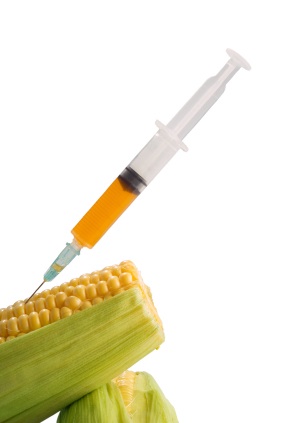 
Decisions on cultivation of GM crops in Europe imminent&nbsp;&nbsp; &nbsp;&nbsp;

A deeply worrying trend is that the EU now appears to be caving in to the intense pressure to accept GMOs, against the wishes of a great many of its more enlightened citizens and Member States. This is evident with the recently published opinion on Monsanto’s controversial maize, MON863, by the European Food Safety Authority (EFSA), which states that "the EFSA GMO Panel reiterates its previous conclusions that GM maize MON863 and its products which are the subject of this application are unlikely to have an adverse effect on human and animal health or the environment in the context of its intended uses".

The GMO Compass website makes clear that, as a result of this positive opinion, additional authorisations of food and feed products derived from genetically modified maize can now be expected in the EU.

EU citizens can voice their strong feelings about EU acceptance of GM maize, the feeding of GMOs to animals, or the absence of labeling on animal products, to their MEPs. Please see our ‘Get Involved’ page for help with contacting your MEP.

Another action to take, would be to express your views to your local supermarket, or other retail outlet, and vote with your wallet!  We strongly urge you to try to avoid buying or consuming any GM foods or animal products derived from animals fed GM feed.

On 4 May 2010, the European Parliament’s Environment, Public Health and Food Safety Committee (ENVI) will vote on an amendment (Article 8(7)) to the EU’s Novel Food Regulation which would make it mandatory for all animal products derived from animals fed GM feed to be labelled with the following wording: "produced from animal fed with genetically modified feeding stuffs".

Write or email your MEP on or before 3 May 2010 letting him/her know your concerns about GM and your support for the amendment as you want to be able to discriminate between foods produced with or without GMOs.  You can find out how to contact your MEP here.

UK restaurants not letting customers know about GMOs on the menu!

All the food supplied for use in the restaurants is also, by law, required to disclose any GMO ingredients on the labels. GM vegetable oil is widely used in frying, and in the case of GM rapeseed oil, which is permitted in the EU, the required wording about the presence of GMOs is actually too inconspicuous to be obvious to chefs and food outlet managers. When GMO labelling is recognised, most are susceptible to pro-GM spin circulated by the world press at the behest of the biotechnology industry and pro-biotech governments, and so believe GM foods are safe.

The UK Food Standards Agency is aware of the problem, but inadequate enforcement means that many people may well be unwittingly consuming food containing GMOs. Virtually all factory farmed, non-organic meat and other livestock products and poultry is fed GM feed.

If you see GM ingredients labeled in your local café, restaurant, pub, fish and chip shop or take away:

If there are no labels, two actions are possible:

With a General Election due in the UK on May 6th, it is interesting to note the positions of some of the parties with regard to their policies on GMOs:

UK citizens can voice their opinions about these positions to their appropriate local MPs. Please see our ‘Get Involved’ page for help with contacting your MP.

A million signatures for a ban on GM foods

A new initiative allows 1 million EU citizens a unique chance to make official requests of the European Commission. Avaaz.org is calling for Europeans to build a million voices for a ban on GM foods until the research is done, and to spread the word about this.

Europeans, please sign the Avaaz online petition, calling on the President of the European Commission, Jose Manuel Barroso, to put a moratorium on the introduction of GM crops into Europe, and to set up an independent, ethical, scientific body to research the impact of GM crops and determine regulation.

Europeans, please also respond to the EFSA consultations on GMOs

European Food Safety Authority launched the public consultations on guidance for environmental risk assessment of GM plants in early March. European anti-GM supporters and organisations are urged to respond by the 30th April deadline.  The consultations are:-