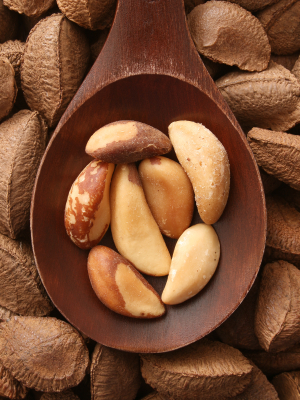 US Court Rules in Favour of Free Speech on Health Claims

Will this precedent influence European policy on health claims for foods and food supplements?

DORKING, UK: The US Food and Drug Administration (FDA) lost its bid to overturn a health claim for selenium-containing dietary supplements last Thursday in the United States District Court for the District of Columbia.   District Court Judge Ellen Huvelle ruled unconstitutional the FDA’s censorship of selenium dietary supplement claims relating to the reduction of cancer risk.  Jonathan Emord of Emord & Associates on behalf of the plaintiffs in the case (including lead plaintiff Alliance for Natural Health USA (ANH-USA); Durk Pearson and Sandy Shaw; and the Coalition to End FDA and FTC Censorship).  The verdict, unless reversed on appeal, protects the First Amendment right of dietary supplement manufacturers to provide “qualified health claims”, which accurately communicate the state of science concerning dietary supplements.  This is a remarkable seventh victory over the FDA by the Emord firm (six of which invalidated FDA health claim censorship).

The lawsuit was initiated last summer in response to the FDA’s 19th June 2009 decision to suppress selenium/cancer-risk reduction claims.  Ten of the claims (all appealed by the plaintiffs) were held unconstitutionally censored.  The plaintiffs expressed their belief that this violated their right to communicate truthful health information to the public.  The judge found that the FDA had denied claims despite credible evidence supporting them and had thereby infringed on free speech.

Prior to this ruling the FDA required near conclusive scientific evidence for any nutrient claim.  The judge ruled that so long as the claim is an accurate reflection of the state of science, the First Amendment protects it.

European policy on health claims for foods and food constituents has yet to be tested in court.  Yet, the European food and natural product industries, as well as many consumers, are currently up in arms as the European Commission attempts to implement a law, the Nutrition & Health Claims Regulation (No 1924/2006) that aims to ban all health claims on food, food constituents or supplements—unless they are specifically approved by Europe’s highest authority on food, the controversial European Food Safety Authority (EFSA).  Contrary to the US court verdict, EFSA is only approving claims based on conclusive evidence from studies on healthy human populations.

Commenting on the court decision and its possible impact on the European health claims environment, Robert Verkerk PhD, executive and scientific director of ANH International, said, "The verdict in our case against the FDA should be sending shock waves across the Atlantic to EFSA.  If European authorities implement the Nutrition and Health Claims Regulation as planned in 2011, it is the European consumer that will be the main loser.  Disease prevention using good diets and nutrients will effectively be thrown out of the window.  EFSA needs to either shift to using credible evidence as in the US, or it should expect to argue its case in the courts.”

Verkerk added: “EFSA’s rejections of hundreds of health claims is causing mayhem with the European food and supplement industry and a meeting of stakeholders on 1 June at its headquarters in Parma in Italy has been convened to discuss ways forward.

There are several reasons why EFSA is rejecting so many claims.  Sometimes it’s because the health relationship has only been studied in diseased populations.  In other cases it’s because the health benefits are so obvious that extensive clinical trials have not been justified.  Other claims are being rejected simply through lack of adequate funds to support the very costly human research required to generate definitive conclusions.  Scientific inference and common sense simply don’t come into EFSA’s equation.”

It remains to be seen whether EFSA and the European Commission will successfully quash freedom of speech in relation to the health benefits of foods and food constituents.  While human rights for Europeans have in theory been given greater legal protection under the newly passed Lisbon Treaty, these rights can be vetoed by unelected European institutions on public health or national security grounds.

ANH-Intl is calling on European citizens to raise their concerns with their duly elected Member of the European Parliament over how the Nutrition and Health Claims Regulation is likely to drastically reduce their ability to select healthy foods and nutrients.

NOTES TO THE EDITOR:

The Alliance for Natural Health USA is part of an international organisation, the Alliance for Natural Health International (ANH-Intl), dedicated to promoting natural, biocompatible and sustainable healthcare through the use of ‘good science’ and ‘good law’.  ANH-Intl campaigns across a wide range of fields, including for freedom of choice and the use of micronutrients and herbal products in healthcare. It also operates campaigns that aim to restrict mass fluoridation of water supplies and the use of genetically modified foods.