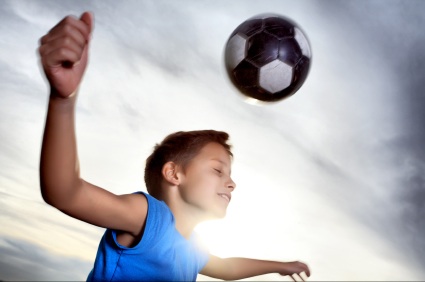 A primary school has banned football after its pupils began copying the cheating and fouling displayed by their World Cup heroes.

Headmistress Pat Fay has faced criticism after introducing the playground ban two days before Spain triumphed over Holland in the final of the tournament.

When young pupils congregate before or after school, or at break times, many of them like nothing better than to run off and play football. It’s the way things have been, certainly in England, for well over 100 years. It’s a natural way to let off steam, and in this day and age, with all the increased structure in childrens lives and hugely increased temptations for their lives to be sedentary, its surely something to be greatly encouraged.

Yet many UK schools have sold off their playing fields in order to raise essential cash. More than 10,000 playing fields were lost in this way between 1979 and 1997.

Meanwhile, during the same period, obesity rates in the UK were rising alarmingly. Between 1984 and 1994, the percentage of English boys who were overweight rose from 5% to 9%, and it is still rising. The figures for girls showed a similar increase. These trends look set to continue.

Regular physical activity in children helps build healthy bones, muscles and joints, improves circulation, and has knock on effects on concentration and the health of the mind too. Physical activity also reduces the risk of many chronic diseases and conditions such as diabetes, obesity, coronary heart disease and some cancers. Between 1996 and 2005, the proportion of new cases amongst the obese in the UK of type 2 diabetes, rose from 46% to 56%. Diabetes type 2 is a condition that tends to appear in the over forties, but there has been a recent alarming increase in the number of children (including seven year olds!) being diagnosed.

Finally, the love of football encourages youngsters to be outdoors where the sunlight provides them with the necessary levels of vitamin D, crucial for their health and development.

It beggars belief that a head of school can take a decision to ban playground football, rather than just discipline the games and teach the children about personal respect and good sportsmanship!