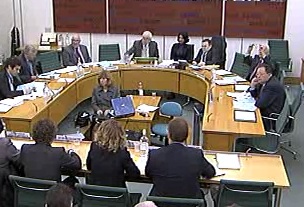 The UK Government, on 26th July 2010, finally published its response to the Science and Technology Committee report ‘Evidence Check 2: Homeopathy’. The response states that homeopathy’s ‘risks’ are not significant enough to warrant removing the flexibility of Primary Care Trusts to make their own decisions, and provision of the treatment on the UK National Health Service (NHS) will therefore continue. However, it was added that the position will be kept under review. It also highlights that homeopathic products are subject to regulation as laid down in the EU Human Medicinal Products Directive.

It was reported the same day that the new Minister for Health, Ann Milton (Conservative MP for Guildford) has reiterated the government's view that the NHS and clinicians are those ‘best placed’ to make decisions on the most appropriate treatments for their patients. She was said to have added that such decisions should consider safety, and clinical and cost effectiveness. It is widely recognised that homeopathy does indeed come up trumps on all three of these requirements!

This development looks very much like a victory for homeopathy, and for all those who have been campaigning hard to keep it available on the NHS. It is widely believed that the consistent attacks on homeopathy are a concerted propaganda campaign, and that the so-called ‘science’ backing up the attacks is at best shoddy, and at worst, deeply flawed. It is interesting that the attacks are spearheaded by a group called Sense about Science, who are funded by the pharmaceutical and oil industries. What more need we say on that?!

In a Parliament Adjournment Debate on 2nd June, longtime CAM campaigner David Tredinnick had argued the case for the availability of homeopathy, statutory regulation of herbalists and CAM models similar to those used in Australia and the USA.

Ann Milton, a trained nurse whose own grandmother studied homeopathy and never used ‘conventional’ medicine, had responded to Tredinnick by referring to the new Health Bill announced in the Queen’s Speech earlier that day. She explained that the Governments role, through the Bill, was to empower doctors and patients, and to encourage further research into treatments and their cost effectiveness and safety. She said that General Practitioners (GPs) were ‘most in touch’, and that it was important that GPs and patients were given ‘more power to choose healthcare providers’. She gave assurance that the Government would give GPs power to spend resources. She reasoned that giving GPs and patients more power, would result in ‘more flexible healthcare’, adding that there would be more response to patient need. She had assured Tredinnick that giving GPs more power and control would ‘loosen ties on how they think about where the best treatments are found’.

This all appears to be a wonderful victory for freedom of health choice, and is fantastic news for the many who have benefitted or would still like to be able to benefit from homeopathic treatment. Unsurprisingly, homeopathy’s critics have not welcomed the news, some describing ‘freedom of choice’ as a ‘choice fetish’.

We hope very much that the UK Government’s new Health Bill does indeed deliver these on these promises, and that the treatments that GPs are able to offer prove also to be increasingly biocompatible and sustainable, compatible with our bodies and our environment. Perhaps then, more power to clinicians will indeed prove the way forward for Integrative and Natural Medicine.