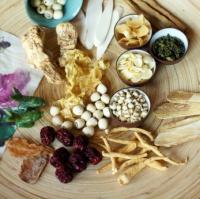 BRUSSELS, 1 Sep 10. The European Benefyt Foundation and the Alliance for Natural Health International (ANH-Intl) presented yesterday their united strategy to a range of stakeholders representing Chinese and Ayurvedic traditions of herbal medicines. The meeting was held in the Renaissance Hotel, Brussels.

The proposed strategy aims in particular to address the grave regulatory situation facing thousands of products representing non-European herb-based healthcare traditions. It will also help to keep on the market products associated with minor European herbal traditions that are struggling to cope with the raft of EU laws affecting them.

In April 2011, when the EU Traditional Herbal Medicinal Products Directive (THMPD) is fully implemented after a seven year transition phase, thousands of products distributed by specialist herbal suppliers will become increasingly difficult to sell. Medicines regulators in many Member States appear to be using the full implementation of the THMPD as a means of narrowing the scope of the food supplements regime, under which most of these products have to-date been sold. The long transition phase of the THMPD is meant to have provided stakeholders with the time required to ensure their products have been successfully registered under the simplified medicinal licensing scheme offered by the Directive.

However, a range of eligibility and technical problems, along with prohibitive costs, have, so far, prevented any products from either the Chinese or Indian traditions from successfully being registered under the scheme.

The core strategy of the two organisations has been detailed in a 10-page position paper authored by the heads of the respective organisations, namely Dr Robert Verkerk (ANH-Intl) and Chris Dhaenens (Benefyt). The paper was tabled at the stakeholders meeting and received broad support from the diverse range of attendees, some of which had travelled from as far away as India.

The joint strategy was presented at the conference by lead author, Dr Verkerk. Commenting on it, he said, “While the herbal directive provides an additional framework that is amenable to some, predominantly European herbal products, it simply doesn’t work for the majority of complex, multi-herb products associated with these ancient non-European traditions.”

The strategy involves three primary initiatives; improvement of the food supplements regime under which most Chinese and Indian herbal products have been sold up until now, the initiation of judicial review proceedings with the aim of gaining a reference to the European Court of Justice, and the development of an altogether new framework for such products. The former two approaches are regarded as essential to the short-term resolution of challenges facing many stakeholders as of mid-2011, while the latter focuses on facilitation of a new framework that is both accessible to the majority of stakeholders in the sector, whilst ensuring the safety of products through proportionate and scientifically-validated quality control measures.

Verkerk added, “We have seen a big increase in classifications by national medicine regulators of herbs as novel foods or unlicensed medicines, and it is clear that regulators intend to narrow the scope of the food supplement regime for herbal products after April next year. On top of this, most claims for botanical food supplements will soon have to be removed given the anticipated negative opinions being issued by the European Food Safety Authority under Article 13 of the Nutrition and Health Claims Regulation. The herbal directive, which should provide a carve out for these products, acts disproportionately against non-European traditions, while also discriminating against those who want to use such products—that have after all stood the test of time—to manage their own health. It is therefore essential that judicial review proceedings are started in advance of the end of the transition period.”

Speaking after the conference, Chris Dhaenens said, “The herbal directive as it currently stands is poorly thought through and is simply inaccessible to most players distributing high quality Chinese or Indian herbal products in Europe. Ironically, while the quality control measures are one of the biggest stumbling blocks for most stakeholders in the sector, they don’t guarantee that products are safe. Amongst our proposals, are revised quality control measures that are both cheaper and more effective than those offered by the existing directive. We are very happy to be collaborating closely with the ANH and are hopeful that a strong, more united effort will bring positive change.”

ANH-Intl and Benefyt are calling on interested parties to contact either of the organisations for further information. They have stressed that adequate financial support will be crucial to the effective implementation of the joint strategy and have warned that inaction will result in the loss of thousands of products with consequent impacts both on public health and the small businesses in the sector.

Position paper title: Working collaboratively to maintain the supply of products associated with traditional systems of medicine in Europe from 2011 onwards

Alliance for Natural Health International is an internationally active non-governmental organisation working towards protecting and promoting natural approaches to healthcare. ANH-Intl campaigns across a wide range of fields, including for freedom of choice and the use of micronutrients and herbal products in healthcare. It also operates campaigns that aim to restrict mass fluoridation of water supplies and the use of genetically modified foods. Through its work particularly in Europe (anhinternational.org) and the USA (www.anh-usa.org), the ANH works to accomplish its mission through its unique application of ‘good science’ and ‘good law’. The organisation was founded in 2002 by Dr Robert Verkerk, an internationally acclaimed expert in sustainability, who has headed the organisation since this time. The ANH brought a case against the European directive on food supplements in 2003, which was successfully referred to the European Court of Justice in early 2004. The ruling in 2005 provided significant clarification to areas of EU law affecting food supplements that were previously non-transparent.

About the European Benefyt Foundation

EBF is the result of the merging interests and concerns of two parties: The Belgian professional association O.P.P.As (Oriental Plant Promotion Association) and two Dutch operators in the field of Ayurveda. Together we have monitored the evolution and the interpretation of EU and national legislation in the past few years. We have come to the conclusion that under this legislation traditional disciplines will either be exterminated or else will survive as a ludricrous caricature of the original. As far as we are concerned, under the actual directives, the EU regulatory authorities are throwing the baby away with the bathwater. We will try, in an open dialogue with our partners, to develop viable alternatives to preserve those systems in the CAM healthcare landscape in the EU.

For further information about the EU directive on traditional herbal medicines (THMPD) and concerns over its implementation, please download the following ANH briefing paper: