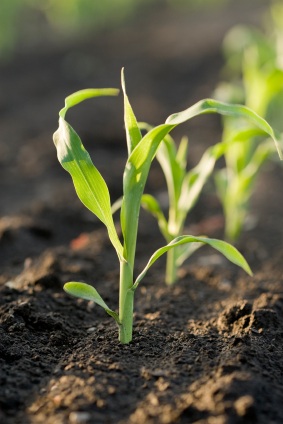 By the ANH team

Scottish Alliance of Liberals and Democrats for Europe MEP George Lyon has received a response from the European Commissioner John Dalli following his asking three probing questions on GMOs in the European Parliament. He asked the questions in July and his concerns related particularly to the European Commission’s decision to delegate responsibility for decisions on cultivation back to the Member States. This is a matter which has caused much consternation and confusion throughout Europe, and the issue is crying out for clarification.

The answer he got typifies the stock ‘politicians non-answers’ provided so frequently when governmental policy is questioned. We should perhaps not be surprised given the apparent determination now, by the EU and some European Member States, to go full steam ahead with GMO approval in Europe.

Concerns about the impact of this new approach for GM cultivation, on the functioning of the EU single market, were dismissed by Dalli. The Commissioner stated that the intra-EU trade and free movement of seed, food and feed would be preserved. So it appears that a Member State that has banned the cultivation of an EU approved GM crop, would still be forced to accept the sale of that crop or its seeds within that Member State (The EU principle of mutual recognition may also obligate this). Yet six countries (Austria, France, Germany, Greece, Hungary, Luxembourg and Poland) currently prohibit the cultivation or sale of GM crops. Pressure from the World Trade Organisation, ongoing pressure from the European Commission itself (especially from strongly pro-biotech President José Manuel Barosso) and pressure from some Member States, especially the UK, has ultimately caused the the EU to try to find ways around the very strong consumer resistance to GMOs – and especially GM cultivation in Europe.

Europe’s misuse of the precautionary principle

Dalli claimed that human health and the environment are well protected by the EU wide GM trade authorisation system; whilst the new recommendations regarding GM cultivation enabled responsibility for co-existence of GMOs with organic and conventional crops, to rest with Member States. We are hugely concerned about the EU Commission’s continued misuse of the precautionary principle. They cast it to one side when they want to cultivate GM crops, despite very considerable evidence of their environmental and human health risks, and they push it for all it’s worth when they want to restrict dosages of vitamins and minerals to trivial amounts.

It’s interesting that the view of the EU Commission is that GM trade approvals should be based on so-called scientific assessments of health and environmental risks, whilst it is quite acceptable for GM cultivation approvals within individual Member States to be based on grounds other than science!

The cultivation of GM crops is potentially devastating for Europe. GM maize is extensively (illegally) grown in Poland, for example, and there are well-grounded fears that, as a result, their traditional agricultural systems could be destroyed by such monocultures (Poland has approximately 2 million farms, and its own government claims that the isolation of GMOs from conventional and organic crops is impossible). Polish communities are understandably very upset by this prospect.

Please see and support the work of ANH supporter, Sir Julian Rose, and others, at the International Coalition to Protect the Polish Countryside.

GM salmon with growth hormones set to be on US menu

After all the concerns about US milk produced from dairy cows injected with genetically engineered recombinant bovine growth-hormone (rBGH), the latest offering from the US looks set to be a species of farmed Atlantic salmon genetically engineered to grow more rapidly than its wild counterpart. This will be the first genetically modified animal produced for human consumption. One of the features that these two foods have in common, other than that they are both genetically engineered, is that they both result in feeding the consumer higher amounts of more insulin-like growth factor-1 (IGF-1), which is implicated in cancers of the colon, breast and prostate, and premature puberty. (The artificial growth hormone rBGH, developed by Monsanto, was banned in the EU, Canada, Australia, New Zealand and Japan from the year 2000 or earlier).

The US Food and Drug Administration (FDA) have completed a preliminary analysis on the safety of the new GM salmon, and believe that it is as safe as the equivalent natural species of the fish from which it is derived. The fish, named AquAdvantage, was genetically modified by Aqua Bounty Technologies Inc.

Such drastic alterations from what is natural are very worrying indeed. Of more concern is that they are never preceded by thorough independent investigations on all the possible effects on the environment, human and animal health and the likely impact on future generations.  Aside from the increasing evidence of harm form consuming GM foods, and the irreversible environmental effects, we also wonder about the cumulative effects of eating large amounts and combinations of IGF-1 (in US milk and salmon) and various other growth hormones (some of which are delivered into US and Australian cattle through steroid hormone implants).

Some UK news stories on the giant salmon:

'Say NO to GM' campaign