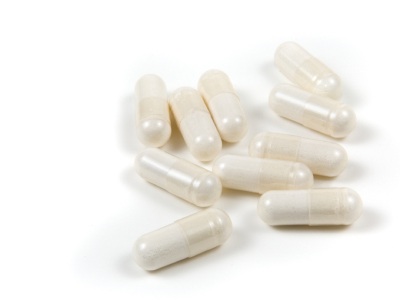 A new meta-analysis published in the British Medical Journal (BMJ) has concluded that glucosamine, chondroitin, and a combination of the two, do not reduce joint pain or have an impact on narrowing of joint space in patients with osteoarthritis of the hip or knee. The researchers, from the University of Bern, Switzerland, have suggested that health authorities and health insurers should not cover the costs of these dietary supplements.

This new research has been widely reported in the press (see below), and has no doubt caused understandable concern and confusion amongst the many who personally benefit from these popular supplements.

Commenting on the meta-analysis, ANH executive and scientific director, Robert Verkerk PhD, said, "The type of meta-analysis used is a classic case of throwing a whole bunch—in this case 10—of different trials into the mixing pot and ending up with an average result that dilutes out the positive results. These trials, amongst other things, involve different forms of glucosamine, different severities of condition and different supplementation periods,  You could say it’s a case of apples and oranges, but where you’re only interested in apples but you’ve completely mixed up your apples and oranges!"

This meta-analysis follows a previous one by a Belgian research group led by Richy published in 2003 in the prestigious journal, Archives of Internal Medicine, that found the complete opposite of recent analysis in the BMJ.

There are many factors that can help explain the fact that very large numbers of consumers report benefits of these products. To put this down, as the authors of the BMJ paper have, to a placebo effect or natural recovery by the body, is plain silly.

If you look closely at the high quality trials that have been conducted, there is definitely a mixed bag of results, but this variability can be caused by a range of factors, especially differences in the quality and type of products used, the severity of osteoarthritic  conditions prior to the commencement of supplementation, the duration of supplementation, as well as the dosage and composition of the formulations used.

The fact is, there is compelling evidence from high quality trials for benefit when glucosamine sulphate and chondroitin are used at appropriate dosages by those with mild osteoarthritic conditions affecting the knees and hips.

Cynically, it could be argued that this BMJ paper will be used to dampen the positive findings of the 2003 meta-analysis by Richy and co-workers from the University of Liège in Belgium. This might sound to some like a slightly outlandish claim, but—remakably—this latest meta-analysis does not even cite the Richy paper!  This is a major scientific faux pas given that, at least in the discussion of Jüni et al’s paper, there should have been some reference to the different findings of the Archives of Internal Medicine meta-analysis. Interestingly, there has been a high quality Spanish clinical trial published since the publication of the Richy meta-analysis that was positive. Despite its high quality, it only involved 318 subjects so the positive findings would have again been diluted.

Since the BMJ paper didn’t cite the findings of Richy and colleagues, we thought we’d give them to you up front:

“Our results demonstrated a highly significant efficacy of glucosamine on all outcomes, including joint space narrowing and WOMAC” [Ed. a pain assessment scale used to measure joint pain].

The conclusion by the authors of the Spanish study, published in 2007 in the major specialist journal, Arthritis & Rheumatism, indicated:

“The findings of this study indicate that glucosamine sulfate at the oral once-daily dosage of 1,500 mg is more effective than placebo in treating knee OA symptoms. Although acetaminophen also had a higher responder rate compared with placebo, it failed to show significant effects on the algofunctional indexes.”

You can imagine that in some quarters this paper wasn’t well received given that it showed that glucosamine deal with pain in relatively mild cases of osteoarthritis better than paracetamol [acetaminophen]!

Glucosamine (an amino sugar, from which the building blocks of cartilage can be formed) and chondroitin sulfate (a complex carbohydrate that helps cartilage resilience) are naturally found in and around cartilage cells. They are widely taken as food supplements to reduce osteoarthritis symtoms. Their popularity hugely increased after the stroke and heart attack risks of anti-inflammatory drugs like Vioxx were publicised.

An earlier systematic review on glucosamine was only slightly more favourable, although individual studies on both preparations have shown moderate benefit, including an equine study. Clinical evidence tends to show these food supplements, for certain individual patients, in a much more favourable light, as the degree of benefit derived is likely to depend very much on the individual and their nutritional status. This is the case with nutrients in general. The quality and form of the supplement is also key, some of course being less well absorbed than others. Where an individual has found glucosamine and/or chondroitin helpful, the actual benefit derived by that individual may be very substantial indeed. But in trials, such benefit is offset by those individuals who do not find these supplements helpful.

More about the new BMJ study

The meta-analysis (study of various studies), published in the BMJ and led by Peter Jüni, is in fact a network meta-analysis. Such analyses enables estimates of treatment efficacy of multiple treatment regimens, even when direct comparisons are unavailable. However, this form of analysis is more prone to inaccuracies and error, and we are warned to be wary of this approach unless the the studies being looked at are nearly identical. You will recall what Dr Verkerk said about apples and oranges in his comment above!  So the substantial benefit that many individuals report is lost in significance in a large network meta-analysis such as this (3803 patients in 10 studies), especially when there are so many variables at work, as pointed out by Dr Verkerk.

In summary, we’d say this study is not to be taken seriously, nor should it affect patient decisions to use the product, especially those who have experienced positive benefits from using glucosamine and related joint preparations. We would however recommend that you take care to select the highest quality products you can find, which generally means buying fro a reputable manufacturer or supplier. The dosage recommended on the product should be followed.

News stories about the BMJ study

Here are some examples of how the media spun the story:

Supplements for osteoarthritis 'do not work'

Glucosamine supplements for arthritis do not work, new study shows