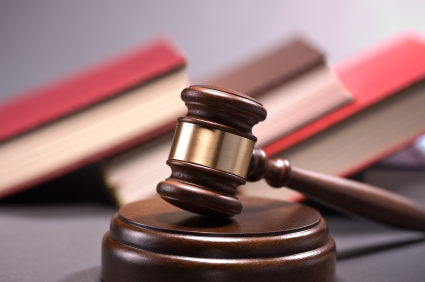 Alliance for Natural Health International (ANH-Intl) and the European Benefyt Foundation (EBF) today launch their fundraising appeal for their joint strategy in dealing with the immense challenges facing the European herbal sector from April 2011 onwards.

The two organisations are appealing to stakeholders in the sector, particularly manufacturers, suppliers and practitioners, to help contribute to the appeal which will fund specifically legal rather than administrative costs.

The strategy itself was launched via a Position Paper issued on 1st September 2010.

Robert Verkerk PhD of ANH-Intl said, “The diverse elements within Europe’s vibrant herbal sector need now to step up to the plate, and make a contribution if they want to safeguard their ability to sell the kinds of herbal products they’ve been selling up until now. A lot of the preparatory work for our 3-pronged initiative with EBF has already been done. The main requirement for funding now is payment of our external lawyers, which are among the best available. We are not asking for a single cent to cover either EBF’s or ANH’s running costs despite so much of the work being done in-house”.

ANH-Intl and EBF have announced their appeal in advance of this coming weekend’s CAM Expo in London, launching a 5 minute ‘call to action’ video (see below) to draw attention to the need for support for its proposed judicial review of the EU directive on traditional herbal medicinal products. The video was made by a division of the UK’s largest independent television network, ITN Productions, and will be shown at CAM Expo this weekend.

ANH-Intl and EBF’s joint initiative aims to help facilitate the development of three distinct regulatory regimes for herbal products in Europe. These are: 1) a food supplement regime for common herbs and herbal products that have been associated with foods, the diet and food supplements for many years; 2) a modified, simplified product registration scheme for traditional medicinal products born out of a substantially amended European Directive (24/2004/EC) that fulfils its originally proposed purpose of allowing ready registration of over-the-counter products intended for use without the supervision of a practitioner, and; 3) a new regulatory framework specifically for statutorily regulated practitioners, in which products are dispensed following specific recommendation by the practitioner.

In this call to action, Chris Dhaenens of EBF added, “Those of us who are stakeholders have to take responsibility for doing what we can to create a fair and equitable regime for herbal products in Europe. The consumer has the right to demand safe products but at the same time we cannot allow over-regulation to deprive consumers and practitioners of choice. We have everything to play for still, but we need unity as well as funding for the vital next stages of our joint work with ANH".

Stakeholders in the UK, Ireland and Scandinavia are asked to contact ANH-Intl, while those in all other parts of Europe, should contact EBF. Funds received by both organisations will be allocated in a fully transparent manner by a joint coordinating committee comprising key representatives of both organisations. Position paper title: Working collaboratively to maintain the supply of products associated with traditional systems of medicine in Europe from 2011 onwards

Alliance for Natural Health International is an internationally active non-governmental organisation working towards protecting and promoting natural approaches to healthcare. ANH-Intl campaigns across a wide range of fields, including for freedom of choice and the use of micronutrients and herbal products in healthcare. It also operates campaigns that aim to restrict mass fluoridation of water supplies and the use of genetically modified foods. Through its work particularly in Europe and the USA, the ANH works to accomplish its mission through its unique application of ‘good science’ and ‘good law’. The organisation was founded in 2002 by Dr Robert Verkerk, an internationally acclaimed expert in sustainability, who has headed the organisation since this time. The ANH brought a case against the European directive on food supplements in 2003, which was successfully referred to the European Court of Justice in early 2004. The ruling in 2005 provided significant clarification to areas of EU law affecting food supplements that were previously non-transparent.

About the European Benefyt Foundation

EBF is the result of the merging interests and concerns of two parties: The Belgian professional association O.P.P.As (Oriental Plant Promotion Association) and two Dutch operators in the field of Ayurveda. Together we have monitored the evolution and the interpretation of EU and national legislation in the past few years. We have come to the conclusion that under this legislation traditional disciplines will either be exterminated or else will survive as a ludicrous caricature of the original. As far as we are concerned, under the actual directives, the EU regulatory authorities are throwing the baby away with the bathwater. We will try, in an open dialogue with our partners, to develop viable alternatives to preserve those systems in the CAM healthcare landscape in the EU.

For further information about the EU directive on traditional herbal medicines (THMPD) and concerns over its implementation, please download the ANH briefing paper.