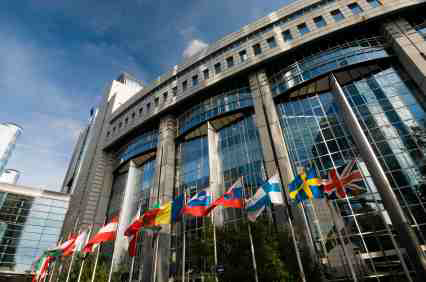 By the ANH-Intl team

The newly formed European Parliament  MEP Interest Group on Complementary and Alternative Medicine (EPIGCAM) held its first open meeting in the European Parliament on 16 November 2010. At the meeting, MEPs heard presentations on the concerns of consumers and CAM products industry representatives over the future of herbal, anthroposophic and homeopathic medicine in the EU.

In one important sense, the EPIGCAM meeting was unusual and refreshing in that David Tredinnick MP, a staunch advocate of CAM and a UK Parliamentarian, attended the meeting. It would be an important and welcome democratic development if attendance by parliamentarians from other Member States were to become a regular feature of key European meetings.

Members of the Interest Group expressed grave concerns in several areas, and particularly over the future of herbal medicine in the context of a flawed European directive known as the Traditional Herbal Medicinal Products Directive (THMPD; Directive 2004/24/EC), which comes fully into force after 30 April 2011. In the past, the EC, the European Parliament and the European Council (representing EU Member States) have tried to harmonise laws governing homeopathic and anthroposophic medicines. However, EPIGCAM also demonstrated how differences in interpretation and implementation by Member States have created huge national differences in availability of products associated with these two disciplines.

Organised by Irish MEP Marian Harkin’s office and chaired by MEP Elena Oana Antonescu, the meeting kicked off with a presentation from Nils Behrndt PhD, Deputy Head of Cabinet of the Directorate General for Health & Consumer Policy (DG SANCO), also the most senior European Commission official responsible for pharmaceuticals. Concerned CAM interests (especially practitioner organisations), MEPs and a large group of MEPs’ assistants heard Dr Behrndt outline the EC’s specific framework for handling herbal, homeopathic and anthroposophic medicines. Many products associated with traditional systems of healthcare have been sold as botanical food supplements in certain Member States, including the Netherlands, Belgium, Sweden, the UK and Ireland. This is despite the fact that medicines legislation, rather than food law, would normally cover such products. 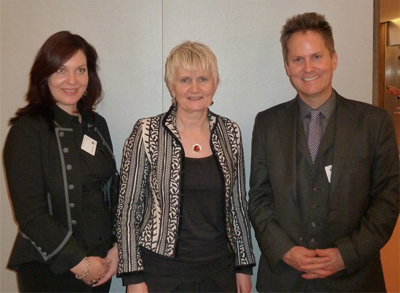 Dr Behrndt’s presentation focused on the Commission’s role in implementing harmonised measures for these groups of products, and, usefully, recognised the importance of wide consumer choice of CAM products. He also made clear that the Commission would intervene to improve the frameworks in the event of sufficient pressure from the European Parliament and the Council of Ministers. However, his comment in relation to herbal medicines and the THMPD that “the framework is level and the system is working quite well” caused concern among CAM interests. The two presentations that followed made very clear why this view is not supported by actual experience in the natural health sector, especially for homeopathic and herbal medicines.

Maximum permitted levels (MPLs) of vitamins and minerals in food supplements are being mandated under the terms of Directive 2002/46/EC on food supplements and Regulation (EC) No 1925/2006 on fortified foods. On this topic, Dr Behrndt ominously reported that “MPLs will be imposed under the old comitology procedures” – meaning that MPLs may be imposed at short notice and with only 3 weeks’ scrutiny by the European Parliament allowed! On the positive side, the procedure now gives the European Parliament (EP) the power to veto such specific measures passed by the EC. As such, diligent scrutiny by MEPs will be essential to monitor the progress of the MPL legislation. No timeline has been decided for imposing MPLs, said Dr Behrndt: “Work is ongoing, and we can’t say exactly when [MPLs] will be launched”.

Regarding health claims legislation under the Nutrition and Health Claims Regulation (No. 1924/2006), Dr Behrndt clarified the role of the European Food Safety Authority (EFSA) in the process. “Step One was to have EFSA evaluate non-botanicals, and Step Two was [to evaluate] botanicals, the delay being to get full coherence between the food supplement, food and medicine regimes.” Thus, claims made for any natural product, whether in the areas of efficacy, safety, taste, nutritive benefits or anything else, will be subject to similar oversight.

The precarious status of herbal medicine in the EU?

Dr Robert Verkerk, ANH-Intl Executive & Scientific Director, presented on behalf of three organisations, namely ANH-Intl itself, as well as the European Herbal & Traditional Medicine Practitioners Association (EHTPA) and European Initiative for Traditional Asian Medicine (EITAM). His presentation (titled as for this section) gave an incisive and authoritative insight into the problems facing manufacturers and suppliers of traditional herbal medicinal products. These products have been largely left out in the cold by the very legislation originally enacted to create a ‘safe haven’ for them. Since the THMPD was implemented in 2004, not a single licence has yet to be granted to products from any non-European traditional medicinal cultures, such as traditional Chinese medicine (TCM), Ayurveda from the Indian subcontinent or Tibetan medicine.

While around 200 traditional herbal medicinal product licenses have been issued in all 27 EU Member States, they are all from the European herbal tradition. Many of them are single-herb products, rather than the polyherbal blends so commonly associated with the ancient, non-EU traditions. Together, they represent a mere 50 or so different plant species, a drop in the ocean when you consider that the plant species used in TCM and Ayurveda alone number something closer to 1,500! No wonder that Mr Tredinnick addressed the meeting with “I implore the European Parliament to look at the particular problems caused by EU regulation for Ayurveda and TCM”.

On anthroposophy and homeopathy

Dr Verkerk was followed by Ferdinand De Herdt, President of the European Coalition on Homeopathic and Anthroposophic Medicinal Products (ECHAMP). Mr De Herdt emphasised the need for consumer choice in healthcare, and presented evidence of how citizens’ rights are being denied by the current framework. Recent data from the Netherlands and Switzerland show how overburdened health systems could make massive cost savings by using more CAM and cutting spending on drugs and orthodox medical procedures. Confirming this, a paper written by Peter Kooreman and Erik Baars, of Tilburg and Leiden Universities, respectively, is best summed up by its title: Patients Whose GP Knows Complementary Medicine Have Lower Costs and Live Longer. It is no surprise, therefore, that a European Citizens’ Consultation recommended that “The EU should encourage links between alternative and mainstream medicine. It should regulate research, transfer of good practices, and education in alternative medicine. Treatments in alternative medicines should also be fully reimbursed by health insurance providers.” This is consistent with growing consumer demand for natural and preventative methods of healthcare, but the EC and Member States continue to drag their heels. Given the Commission’s own estimates that adverse drug reactions are responsible for 197,000 deaths annually, at a cost of €79 billion/year, the question must be asked: which model is more in need of safety legislation? 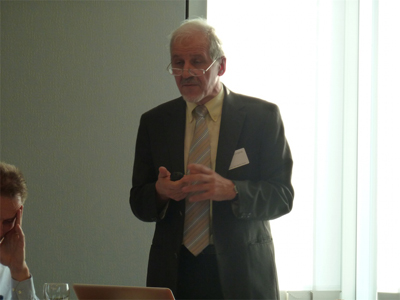 And now to the floor….

A frank and open discussion followed, which centred on the plight of herbal medicine given the rapidly approaching end of the THMPD’s transition phase. MEPs and assistants, motivated by a “relentless trickle of mail” from worried constituents, were keen to understand the specific problems facing manufacturers and suppliers. The significant financial implications of licensing could not be avoided, given that polyherbal products cost at least €150,000. The business model of herbal product suppliers of non-EU traditional medical systems is also relevant here. Since they generally produce numerous products in small volumes, many of which consist of polyherbal mixtures, it is not financially viable for them to apply for multiple licenses. 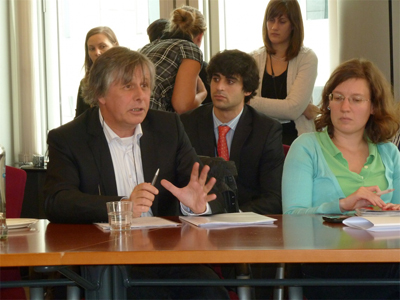 The complex issue of where the borderline lies between foods and medicines remains one of the biggest challenges for the herbal sector, especially for those wishing to sell products associated with non-European herbal traditions in Europe. Dr Behrndt was quoted as saying “The advantage of having food and medicines under the same commissioner is to help make different frameworks coherent”, a statement with which ANH disagrees. The frameworks are most definitely not coherent at the moment, and if this is the direction in which the EC wishes to move, there is a great deal of work left to do.

On this issue, Dr Verkerk responded, saying “There are 27 different approaches to the legislation, with some Member States being considerably more liberal than others. The broad definition of a medicine in European law, which technically makes any food – even water – medicinal, effectively gives the regulator a loaded gun that it can use arbitrarily.”

Dr Verkerk added: “European regulators are always needing to distinguish between what is a food and what is a medicine, whereas in Asian systems of herbal medicine, there are no such distinctions. In EU law, the legal borderlines between foods, novel foods, food supplements and medicines are so fuzzy and open to so many interpretations by regulators, that they are creating havoc for many companies. Coupled with the unsuitable pharmaceutical standards required by European medicine law, this is one of the main reasons why the new simplified medicinal licensing regime provided by the THMPD presents such a problem for the different non-European traditions”.

The vital importance of questioning the EC on the matters raised in this EPIGCAM meeting was emphasised by veteran political advisor Axel Singhofen: “It is critical to have an MEP debate in the EP on this issue, and to mobilise enough people to be at the debate and grill the Commission”. 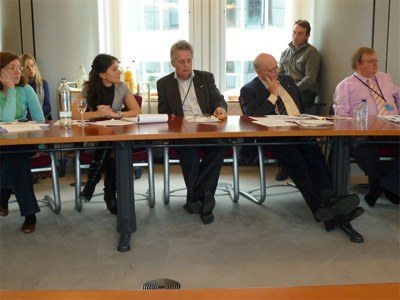 The meeting was well summarised by the Chair, Ms Antonescu. She indicated that there is a growing number of her MEP colleagues with strong interests in the area, largely stimulated by members of the public who have been filling MEP mailboxes with their concerns. She said that the EPIGCAM represents a vital forum to deal with problems caused by European legislation, and it is in the public interest, as well as that of the Parliament and the Commission, to resolve these problems.