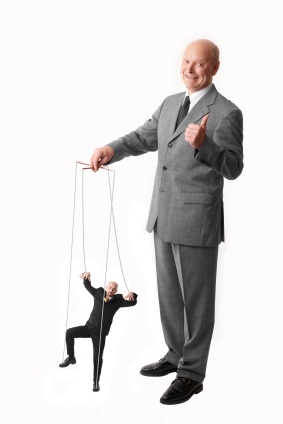 How science is being abused to support vested interests

By the ANH-Intl Team

The latest skeptic campaign in the UK takes its name from Florence Nightingale and appears set to go on an all-out offensive against non-orthodox medicine. The Nightingale Collaboration intends to work with other similar-minded campaigns and to recruit volunteers to begin campaigning themselves.

Strictly speaking, the word ‘skeptic’ should be in quotes, because these people aren’t true skeptics. A skeptic can be defined as “a person who questions the validity or authenticity of something purporting to be factual”. Rather than look at the subject in a spirit of objective scientific enquiry, the new, anti-natural health skeptics start from the position that natural healthcare is proven nonsense. Among their band of merry followers are high-profile scientists, doctors, journalists and celebrities, including Simon Singh, Edzard Ernst, Ben Goldacre, Michael Baume, David Colquhoun, Brian Cox, Stephen Fry and Tim Minchin. Given their respective profiles, they all have very easy access to the mainstream press. It seems that no evidence will convince them otherwise. They appear to operate from a belief system that is closed and cultish in nature.

The skeptic movement is a co-ordinated attempt by established interests to quosh natural healthcare at the very point when orthodox medicine is running into trouble. Look at the timing: the Nightingale Collaboration has been launched exactly when the UK’s National Health Service is considering how to save money by increasing patient access to natural healthcare. Not only that, but the Department of Health is about to bring in statutory regulation of herbal medicine practitioners.

Skeptics were busy when the House of Commons Science and Technology Committee’s evidence check on homeopathy was released earlier this year. Those behind the skeptics may have designed the Nightingale Collaboration to offset the loss of the Lib Dem MP Dr Evan Harris. Dr Harris was instrumental in this blatant attack on homeopathy, and lost his seat at the last election.

Author Martin Walker has done an immense amount of research on the skeptic movement. His book, “Cultural Dwarfs and Junk Journalism: Ben Goldacre, Quackbusting and Corporate Science” can be downloaded for free here. His other books and articles are required reading if you want to know the story behind the skeptics, and medical science run by a corporate agenda.

The skeptic movement is another arm of an industry that spends millions distorting science to sell products. Ever heard of pharma-led ‘symptom information campaigns’ that prompt people to visit their GP? GPs are more likely to prescribe medicines produced by the company running the campaign!

A last throw of the dice

Skeptics like to portray themselves as warriors for scientific truth. In fact, they are a desperate rear-guard action by a medical, pharmaceutical and biotech industry establishment that knows it is losing its grip on the public. Arm yourself with knowledge of their methods and you can tune out their shrill antics.