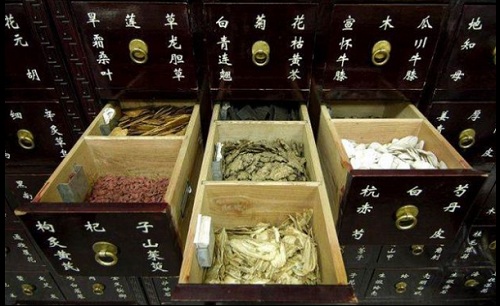 Only 34 plant species registered in UK under EU herbal directive

By the ANH-Intl Team

Time is running out before a European Union (EU) law bans any ‘traditional herbal medicine’ that has not been registered — one that has been lying in wait for seven years. On 1st May, in just 75 days time, the ban will be triggered by the full implementation of the EU’s Traditional Herbal Medicinal Products Directive (THMPD).

If thousands of products from the full diversity of herbal traditions had been registered under the Directive’s scheme, across most EU Member States, no-one would be worried. Most were expecting to see, apart from Western herbal products, a thorough mix of products from non-European traditions, especially from the two big Asian traditions of Ayurveda and traditional Chinese medicine (TCM). Perhaps less well-recognised traditions such as Amazonian, Kampo (Japan), Korean and southern African traditions, would also be represented in the registrations.

But no: not a single, authentic product from any of the non-European traditions is represented. And those that have been represented, with a few exceptions, are almost exclusively products typical of the relatively recent European phytopharmaceutical tradition. This tradition evolved particularly in Germany during the twentieth century and involves impregnating alcoholic extracts of particular botanical parts into chemical bases, as tablets or within capsules, in a similar manner used for conventional pharmaceuticals.

The overall numbers of registrations under the traditional herbal registration scheme (THRS) are pitifully low. So far, there are around 200 registrations across the EU’s 27 Member States, the largest number being in the UK (about 90), with Germany running second. The majority of Member States have registered none, or merely a handful of products.

In this feature, we take a closer look at the UK’s situation, given that it is, in many ways, a best-case scenario for herbal products.

The UK’s medicines controller, the Medicines and Healthcare products Regulatory Agency (MHRA), has confirmed that around 90 herbal products have so far been registered under the THRS in the UK.  The registration documents for 79 of the UK-registered products are publicly available on the MHRA website, but these products encompass a stunningly inadequate 34 plant species.  To put some sort of perspective on this figure, it is easy to find Materia Medica and herbal pharmacopoeia that point to over 500 herbal species being associated with each of just three of the traditions; namely western, TCM and Ayurveda. This combined figure of over 1500 botanical species can easily be doubled by including other traditions, such as those from Africa and South America.  Looking at the situation from this broader perspective, the 34 botanical species included in the UK registrations equate to around 1% of the diversity of some of the major herbal traditions used in the UK.

Robert Verkerk PhD, executive and scientific director of ANH-Intl, said, “The small number of registrations — and particularly the lack of diversity of herbs registered — is testament to the obstacle course that has been created by European regulators that makes it so difficult to get products registered. We believe consumers need to be able to see readily which products have so far been registered, as well as which ones haven’t. We have therefore collated the data on registrations into a single list and released it today, alongside separate lists showing herbs from Ayurveda and TCM that are at risk of being banned in the EU, simply because is has not been possible to register them.”  [Download list of regsitered products]

Who’s been registering their herbal products?

The current publicly available list of products registered by the MHRA in the UK, under the EU THMPD, confirms that around one-third (34%) of the 79 approved herbal products are produced by pharmaceutical companies. The remainder, with few exceptions, are registered to larger, Western natural product suppliers and manufacturers, including German phytopharmaceutical companies. Not a single, authentic herbal product from either of the two major Eastern traditions, TCM and Ayurveda, has yet been registered.

Do you want your herbs as they come — or with EU-friendly E numbers?

Disconcerting for many long-time consumers of herbal remedies will be the fact that many of the approved herbal products given the green light by the MHRA contain multiple non-active ingredients (excipients); around 100 in total across all currently registered products. More health-conscious consumers would not typically associate such ingredients with natural health products. Among these are artificial colours (e.g. E104, E132), preservatives (e.g. E215, E217 and E219), artificial sweeteners (e.g. aspartame, saccharin, sodium cyclamate), detergents (e.g. sodium lauryl sulphate) and various polymers (e.g. butylated methacrylate copolymer, polyvinylpyrrolidone, polyvinyl alcohol [PVA]). The latter is a suspected animal carcinogen.

Responding to the inclusion of so many excipients, Dr Verkerk commented, “These kinds of synthetic chemical ingredients, common to conventional pharmaceuticals, are not found in the original materia medicas from any of the long-standing herbal traditions, whether these be Asiatic, Western, Amazonian or African. The problem is that they are deemed necessary by formulators in order to meet the pharmaceutical stability standards set by the EU Directive. Forcing non-European herbal traditions into a European straitjacket would effectively corrupt these great traditions. A new, more appropriate and affordable system of quality control is urgently required to prevent discrimination against the long-standing traditions, and this is something we aim to push for through our planned judicial review.”

Why the EU regulatory obstacle course locks out non-European traditions

There are three main reasons why not a single product from any of the non-European traditions has yet been registered:

Emphasising consumer freedom of choice and fundamental rights, Dr Verkerk said, “The consumer has the right to demand safe products, but at the same time we cannot allow over-regulation to deprive consumers and practitioners of choice. We plan to challenge the EU Directive first of all in the High Court in London, on the grounds that it is disproportionate, non-transparent and discriminatory.  We have already raised nearly £60,000 of our £90,000 target to fund legal fees for this initial phase.  We hope to have the case referred to the European Court of Justice in Luxembourg.”

Donate to the ANH-Intl/Benefyt legal challenge

More about the ANH-Intl/Benefyt legal action

Ayurvedic herb examples: Bibitaki, one of the three key ingredients in Triphala, among Ayurveda’s most widely used herbal products (for digestive health). Ashwagandha (sometimes referred to as Indian Ginseng), which is an ‘adaptogen’ used to balance the body. Arjuna for heart and circulatory health.

Chinese herb examples: Baikal skullcap used as an anti-inflammatory. Chinese foxglove (Rehmannia) as an immunosuppressant for those with autoimmune diseases. Chinese goldthread (Coptis) used for detoxification.