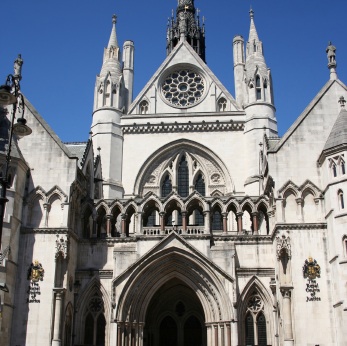 UK Government decision to fluoridate against public will

UK Government decision to fluoridate against public will

A UK High Court Judge has said that fluoridation decisions rest with Strategic Health Authorities (SHAs), not residents. After the disappointing Judgement in the case against South Central SHA brought by Southampton resident Geraldine Milner, it has now emerged that Southampton residents and their children may be intended guinea pigs for research into the harmful effects of water fluoridation.

The High Court Judgement has now ruled that it is "not the law that fluoridation can only occur when a majority of the local population agree". UK Government policy over water fluoridation schemes had earlier made clear that residents would be given the final say, rather than an unelected SHA. The final regulation passed into law was changed to fly in the face of this policy, meaning that the Government has reneged on that promise. The public consultation had revealed that as many as 72% of residents were opposed to the scheme, and those residents are feeling deeply let down. Ms Milner is now lodging an application to appeal, and is determined to continue her fight.

In a worrying development, the UK Councils Against Fluoridation (UKCAF) group have revealed that they have received a letter from the Department of Health (DoH) in reponse to a 'Freedom of Information' request. This was about Government expenditure on fluoridation research, and the DoH reply is reported to have said: "We are also supporting a major current research project into the extent and severity of dental fluorosis for which costs are estimated at some £700,000. . . a new fluoridation scheme would provide an excellent opportunity to undertake prospective research and we are keeping closely in touch with developments on the proposed scheme for Southampton"....

Does this mean that Southampton residents are intended guinea pigs in a UK Government study on fluoride?

Since this case was brought to Judicial Review, key evidence has come to light of fluoride overexposure in the UK. A recent analysis by Dr Peter Mansfield, of the UK National Diet and Nutrition Survey, has concluded that fluoride exposure in the UK, from all sources, is much higher than has been estimated, and that fluoridated drinking water results in excessive consumption of fluoride for most of the population. It calls for an urgent surveillance program in the fluoridated West Midlands, to monitor adverse health effects, and stresses that, until this has occurred and the results analysed, no further fluoridation schemes should be started. We trust that the South Central SHA was listening, and has heard this urgent call!

In addition, the policies of other countries are changing! In early January, the US Department of Health and Human Services (HHS) announced its proposal to lower the level of fluoride per litre of water from the current recommended range of 0.7 to 1.2 milligrams to 0.7 milligrams and the US Environmental Protection Agency (EPA) is to initiate review of the maximum amount of fluoride allowed in drinking water.

Following the news last August, that the official policy of the Green Party of Canada was to ban all artificial water fluoridation, it was recently announced that Calgary City Council had voted to eliminate fluoride entirely from the city's drinking water.

EC Committee believes water fluoridation is crude and rather ineffective

The European Commission’s Scientific Committee on Health and Environmental Risks (SCHER) is critically reviewing fluoride and fluoridation chemicals following repeated questions from Irish and UK MEPs. The committee’s preliminary opinion has already stated that water fluoridation is "a crude and rather ineffective form of systemic fluoride treatment to prevent dental caries without a detectable threshold for dental and bone damage".

Apart from in the UK, and Ireland, European Member States no longer deliberately add fluoride to the background levels already present in municipal water. Basel, Switzerland ended water fluoridation in 2003, after 40 years. Both the incidence of dental fluorosis and the incidence of childrens’ cavities increased during that period!

We understand that the new UK Government plans to abolish the South Central Strategic Health authority, and that the responsibilities for fluoridation will be transferred.

We would be deeply concerned should any UK authority respond to the Judgement for the Milner case by ignoring the key developments mentioned here, and by beginning to authorise and force this dangerous, unnecessary and illegal medication upon its unwilling citizens, and above all— on the vulnerable, sick, and the very young. These latter groups may especially suffer from the resulting fluoride overexposure.

We would like to know more about this apparent major research project on dental fluorosis which is being reported by UKCAF . And we trust that this will not involve Southampton residents and their children.

See ANH Review: EFSA—are you trying to poison us?