Home News EFSA carries on regardless 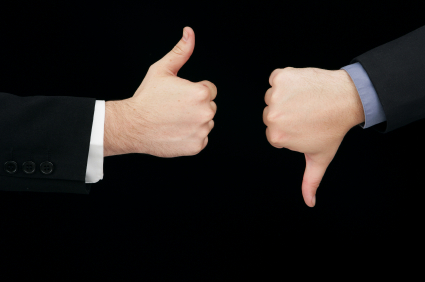 EFSA carries on regardless

The European Food Safety Authority (EFSA) is at it again! Apparently, it is not content with making it illegal to state that drinking water reduces the risk of dehydration. Neither will it rest at raising the spectre of a marketplace almost derelict of important health claims information that helps consumers differentiate healthy from less-healthy foods, by rejecting hundreds of health claims for natural, and especially botanical, ingredients. Now, EFSA has rejected out-of-hand some perfectly reasonable criticisms raised by Members of the European Parliament (MEPs).

Ms Rivasi asked, “How is it that over 95% of cases of health claims filed for natural or herbal substances received a negative opinion? EFSA’s approach is too stringent…it takes into account very little scientific evidence and dismisses claims that have been approved in several European countries…in contradiction to the European Medicines Agency, which, through the directive on traditional herbal remedies, recognises the healing properties of dozens of plants.” The MEPs also decried the effects of the NHCR and EFSA’s negative opinions on small- and medium-sized businesses, Ms Sonik describing them as “The backbone of our economy”.

One would imagine that such reasoned criticism would deserve a thoughtful response. But once again, EFSA surpasses – or hugely disappoints, depending on your point of view – all expectations. As again reported by Nutraingredients, the MEPs’ criticism met nothing but a blank wall of indifference.

“Sustainable innovation and consumer confidence can only be maintained if health claims made on foods represent a real benefit for consumers and are backed by robust science,” said a spokesperson. “EFSA plays its part in reaching the common objective of sustainable innovation in Europe. EFSA’s evaluations of claims are not stifling innovation but can support industry in establishing the future directions for innovation based on sound science.”

Furthermore, disputing Ms Rivasi’s claims of 95% rejection of claims, the spokesperson continued, “EFSA had published 263 opinions providing scientific advice on more than 2,150 “general function” health claims…of the claims evaluated so far, nearly 20% were positively assessed.”  Another way of looking at this is that there has been an 80% rejection rate. This is a spectacular failure rate when viewed in the context that these claims will be lost once the NHCR positive list is implemented next year – unless something dramatic happens to change EFSA and the European Commission’s present approach.

So, it appears that we can add stubbornness and arrogance to a list of EFSA’s qualities that includes irrationality, unfairness and lack of scientific rigour. With its strange desire to ignore warnings, with leaders who appear determined to continue on a predetermined course, we hope that a Titanic-like tragedy will not be required to bring EFSA to its senses.