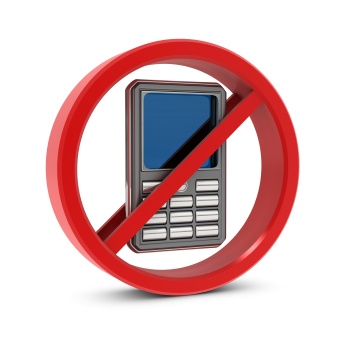 Since we wrote this article, the advice of the World Health Organization (WHO) has moved toward that of the Council of Europe.  On 30th May, a press release from the International Agency for Research on Cancer (IARC), which is part of the WHO, was circulated stating the IARC's intention to, "[Classify] radiofrequency electromagnetic fields as possibly carcinogenic to humans (Group 2B), based on an increased risk for glioma, a malignant type of brain cancer, associated with wireless phone use".  As of today (2nd June), the advice on the WHO's main website is unchanged, but we can expect it to be updated in the coming days.

On 6th May 2011, the Environment, Agriculture and Local and Regional Affairs Committee of the Council of Europe released a working document entitled, The potential dangers of electromagnetic fields and their effect on the environment. In short, it calls for the precautionary principle to be applied to mobile telephony, pointing out that waiting for a scientific consensus did nothing for people affected by leaded petrol, asbestos and cigarette smoking. Mobile telecommunications is a very new technology that now pervades every corner of society, from workplace to high street, from supermarket to schoolroom. And it is the schoolroom that has caught the interest of headline writers, as the report’s authors recommend a ban on, “All mobile phones, DECT [Digital Enhanced Cordless Telecommunications] phones or WiFi or WLAN systems from classrooms and schools” – which brings the Council’s report into direct opposition to the recommendations of many other bodies, including the World Health Organization (WHO).

Other recommendations of the report include:

While these may seem like common-sense measures to many people, they come from way out of left-field compared with the positions of other official bodies. The World Health Organization (WHO), for instance, declares that, “To date, no adverse health effects have been established for mobile phone use”, despite many studies over the past two decades, although it does acknowledge shortcomings in some of those studies and that research is ongoing into long-term effects of mobile phone use.

An article in the UK Daily Telegraph quoted Professor Les Barclay, of the Mobile Telecommunications and Health Research Programme, as follows: “There is very little evidence at the moment for harmful effects. The powers that mobile phones emit are getting less and less, and they are well below the limits set by the International Commission on Non-Ionising Radiation Protection. Banning mobile phones and wireless networks in schools is a step too far in my eyes.” In 2007, his group published a report finding no association between mobile phones and adverse health effects.

Mobile phone technology is, “Incredibly beneficial and useful”, according to Professor Paul Elliot of Imperial College London, and Rusell Hobby, no less than the General Secretary of the National Association of Head Teachers, clearly agrees: “The impact [of a ban] on schools would be enormous. Most schools have Wi-Fi networks now…many schools are shifting towards far more mobile computing…this would prevent all of that”. Nice to see someone in such a position of responsibility to a nation’s children take all viewpoints into account, isn’t it?

However, Powerwatch, a UK-based, not-for-profit organisation that has been “researching electromagnetic field effects on health for over 20 years”, leans more toward the Council of Europe report’s point of view.  According to their website, “It is long past the time when governments all around Europe should have started being more precautionary about these issues…[The proposed measures] will meet with great opposition not only from the industry, but also from governments who now receive large annual tax incomes from wireless devices, especially mobile phone use.”

What does it all mean, basically?

In the grand scheme of things, certainly in terms of the likelihood of imminent change, the answer is: not a lot. The Council of Europe is quite distinct from the more well-known European bodies, the European Union (EU) and European Commission (EC). Unfortunately, with that obscurity comes impotence, as the Council of Europe, unlike the EU and EC, does not make decisions on European policy. Founded in 1949, it is one of the longest-standing institutions dedicated to promoting European integration, with 47 member states compared with the EU’s 27. According to Wikipedia, “While the member states of the European Union transfer national legislative and executive powers to the European Commission and the European Parliament in specific areas under European Community law, Council of Europe member states maintain their sovereignty but commit themselves through conventions (i.e. public international law) and co-operate on the basis of common values and common political decisions”. Which is one way of saying the Council has no powers to legislate directly, but can influence policy-making in EU Member States via conventions.

Food for thought, but nothing more – for now

So this forward-looking report will not become EU law any time soon. The chances of that ever happening are even slimmer when one considers that the report is only a working document, which has not yet been voted in as official Council of Europe policy. It is, however, important in that it is the first major report written by an established, international organisation with policy influence to examine the risks of electromagnetic radiation and come to the conclusion that, just possibly, precaution should be placed before commerce in the case of a novel technology like mobile telecommunications.

As we have pointed out before, the attitude of EU policymakers regarding the risks of mobile technology stands in stark contrast to their approach to risk assessment in the natural healthcare sphere. The Food Supplements Directive, for example, threatens to reduce to uselessness the amounts of vitamins and minerals in food supplements, already among the safest substances on the face of the planet, by taking the precautionary principle to ridiculous lengths. And yet, when confronted with a new technology backed by huge multinational companies and promising juicy tax hauls, policymakers prefer to ignore considerable and growing scientific evidence of harm to plants, animals and humans associated with electromagnetic radiation. Given that humans are bioelectric creatures, it is by no means a huge stretch of logic to link the two – but (pre)caution has, until now, been largely thrown to the wind in favour of commercial gain and technological advancement. We can only hope that the Council of Europe report becomes official policy, and then plays a part in forging a more sensible set of checks and balances on electromagnetic radiation.