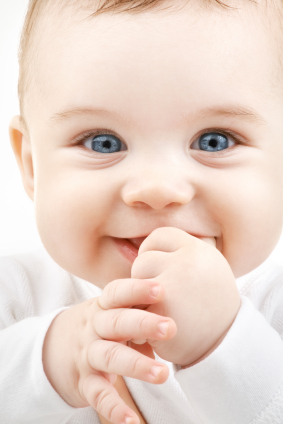 On behalf of Dutch non-governmental organisation, Ecobaby, and others from Amsterdam University in the Netherlands, leading paediatrician Dr Gavin ten Tusscher has sent an open letter to Commissioner John Dalli calling for vulnerable Irish infants to be protected from fluorosilicates in drinking water.  The letter, written in light of European Union (EU) Directive 2011/8/EU that bans bisphenol A in baby bottles, was brought to the attention of Dublin-based EU Ambassadors by Ireland's longest-standing anti-fluoride campaigner, Robert Pocock.

The open letter to Mr Dalli points out that Directive 2011/8/EU outlaws bisphenol A in baby bottles for three main reasons:

Exactly the same reasoning applies to fluorosilicates in drinking water, say Dr ten Tusscher and Ecobaby, and they urge Commissioner Dalli to develop legislation to end the fluoridation of Irish water supplies.

Fluoride in Ireland: “untrialled and unauthorized”

Mr Pocock’s letter to Irish EU Ambassadors slams the practice of water fluoridation in the Republic, describing it as “[a] clinically untrialled [process whereby] unauthorized fluorosilicates are added to most public drinking water”.  This is a perfectly justified criticism when one considers that fluoride should be licensed as a medicine according to EU law!  It is, after all, designed to prevent or treat a disease, dental caries (tooth decay), but it is not licensed as a drug by the European Medicines Agency (EMA) or the Irish Medicines Board (IMB).  Furthermore, not a single clinical trial was performed on fluorosilicic acid before the fluoride began flowing into drinking water across the country – whether the Irish people wanted it or not.

“What leading paediatricians in Europe have done is to expose the lax controls applying to medicinal products in Ireland,” said Mr Pocock.  “Consumers, and especially children, in the rest of Europe are protected from these falsified and prohibited medicines, but not in Ireland”.

Until regulations that prohibit such falsified medicines are enforced EU wide, Mr Pocock calls on Irish EU Ambassadors to alert the population to the risks of bottle-feeding using fluoridated water, which can lead to fluoride over-dosing.  “Every third Irish teenager now has dental fluorosis or permanent disfigurement of their teeth,” reads the letter, “and the fluorosis risk commences at birth”.

Inescapable logic – and a logical Houdini

Dr ten Tusscher and Ecobaby have what appears a water-tight argument here.  However, they are dealing with a man who can in one sentence laud the concept of bureaucratic openness and transparency, and then stonewall an important question in the very next breath!  For the sake of the Irish people, and their infants yet unborn, we sincerely hope that Mr Dalli will hold to a more logically consistent line on this occasion.

Read about this in The European Union Times

What are the key areas over which you can control your risk of becoming ill?

Dr Eccles: strengthening resilience in the face of *ovid-19

Dr Eccles: strengthening resilience in the face of *ovid-19