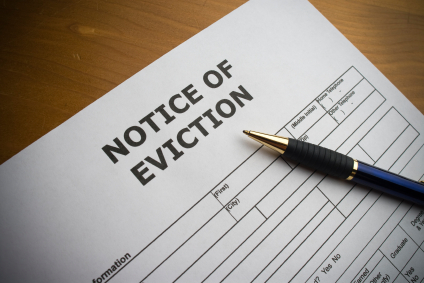 Back in 2009, a British couple, Stig and Dinah Mason, were living on a Hertfordshire council estate with their two children, aged eight and nine, when they received a sudden windfall of around £47,000. They saw their opportunity to escape their impoverished urban environment and grasped it with both hands: they bought Muxbeare Orchard, a weed-choked four-acre plot of land in the Devon village of Willand, and set their sights on becoming entirely self sufficient.

In 2011, they are a long way toward reaching their goal, with a polytunnel and greenhouses for fruit and vegetables, chickens providing eggs and a regenerated orchard of 14 apple trees. As fellow Willand resident, David Thompson, put it, “They are trying to live up to the Government's pledge to take better care of the environment and this is the last orchard in the vicinity of Willand.” The family are contributing to their local community by selling their spare produce, and they plan to go into the cider business using their reclaimed orchard’s apples.

That’s where the good news ends. The Masons are currently appealing Mid-Devon District Council’s refusal to grant planning permission for them to live onsite and work the land. Since they are living in a lorry onsite, council officers have decided that the family’s presence makes the land ‘mixed use’, and that the Masons are no longer conserving the local agricultural area. “How anybody can say the orchard was being conserved before is beyond my comprehension,” protests Dinah Mason, after she and her husband spent a year clearing four-foot-high weeds and thistles from the site. At a hearing on 31st March, magistrates served the Masons with an injunction that evicts them from their own land, giving them 28 days’ notice from 1st June.

A burden on the State, courtesy of the State

The idiocy of this story doesn’t end with the Masons’ eviction, unfortunately. Mid-Devon County Council has offered the family temporary accommodation when they make the family homeless – at taxpayers’ expense. And they will be forced to claim benefits to survive, so hurling them straight into the trap from which they have worked so admirably to extricate themselves. To top it all, however, one particularly ‘thoughtful’ council employee suggested that the Masons replace their healthful, homegrown diet with takeaways – at a cost of £20 per meal for the family, and an untold cost to their health.

Contained within this single story of one family’s experience are a number of small tragedies. Prime among them may be that UK officialdom, in the form of Mid-Devon District Council, has no apparent problem with destroying years of hard work and dedication through a blinkered interpretation of planning laws. We can only speculate whether the council’s actions are, in some sense, motivated by a desire to dissuade others from following the Masons’ good example. After all, what would be the consequences for the UK’s corporate, war-machine economy if thousands of people suddenly became self-sufficient in food, and therefore largely independent of the State? This could explain why the council doesn’t think twice about making a family homeless and a drain on the taxpayer, when the family themselves have worked hard for the exact opposite outcome.

Secondly, the local community will be deprived of people who appear dedicated to enhancing it, by providing high-quality, homegrown produce, grown from land retrieved from dereliction and an orchard that is producing apples for the first time in years.

But it’s in the area of health that the council’s actions against the Masons amount to a flagrant disregard for their fundamental human rights as enshrined in the Charter of Fundamental Rights of the European Union, and especially, “The right to respect for his or her private and family life...[and]…the right of access to preventive health care”.  Has the council even read the European Charter of Fundamental Rights, we wonder?

According to the World Health Organization’s (WHO’s) recent Global status report on noncommunicable diseases 2010, “Common, preventable risk factors underlie most NCDs [non-communicable diseases]. Most NCDs are strongly associated and causally linked with four particular behaviours: tobacco use, physical inactivity, unhealthy diet and the harmful use of alcohol”.  Well, the Masons’ new lifestyle is certainly high in physical activity and there’s nothing healthier than eating high-quality, locally produced food! And it’s a sure bet that smoking and heavy drinking are not high on the agenda of a family determined to conserve their resources and become self sufficient.

WHO on chronic disease

In the same WHO report are some extremely sobering statistics on the consequences, in terms of NCD burden, for the health of populations worldwide when they employ these four high-risk behaviours. All of the figures below are for the year 2008, the most recent year for which data are available:

It has long been a central mission of ANH-Intl to promote a healthy diet and lifestyle as the baseline approach for reducing people’s risk of chronic diseases, which amount to the biggest burden on Western, and increasingly all, healthcare systems. Check out our sustainable health and Food4Health campaigns for more information.

Reduced chronic disease risk with ‘off the grid’ lifestyle

Since the World Cancer Research Fund has estimated that 27–39% of the main cancers can be prevented by improving diet, physical activity and body composition [1], the Masons’ ‘off the grid’ lifestyle was ideally suited to reducing their cancer risk. And that’s without mentioning the benefits for cardiovascular disease of adequate consumption of fruit and vegetables (big tick for the Masons) and minimal trans-fat intake (another big tick). Or – a third big tick on the Mason lifestyle scorecard – that, “Participation in 150 minutes of moderate physical activity each week (or equivalent) is estimated to reduce the risk of ischaemic heart disease by approximately 30%, the risk of diabetes by 27%, and the risk of breast and colon cancer by 21–25%” [1].

We could go on, but if you want the full story, please read the WHO report, or at least the first chapter.

We think it’s a tragedy that the Masons are being evicted from their own land by a local council for whom the term ‘jobsworth’ is a gentle understatement. What’s even worse, given the fact that there are two children involved, is that they are being forced from a healthy, sustainable, outdoor lifestyle to what may well be a life of depressed council estates, poverty, inactivity and bad food – leading to the chronic health problems described above, which are so prevalent in our modern world.

The Masons’ deadline for eviction ran out on 29th June, and we don’t have any updates on their situation as yet. But in case there’s still time to make a change, we urge you to contact Mid-Devon District Council and tell them how appalled you are at their treatment of the Masons, and demand that they reconsider their decision.

You can also sign a petition against the eviction here: http://www.petitiononline.co.uk/petition/remove-the-injunction-to-evict-the-masons-from-muxbeare-orchard/3054

Leader of the Council, Peter Hare-Scott

Chairman of the Council, Brenda Hull