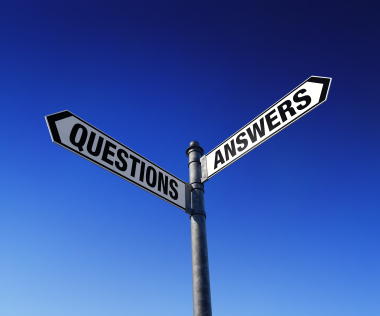 The Advertising Standards Authority (ASA), the UK’s media industry watchdog and self-regulator, has brushed off concerns raised by complementary and alternative medicine (CAM) leaders at Alliance for Natural Health International (ANH-Intl) and The Complementary Medical Association (The CMA) over its scientific competence to adjudicate complaints against CAM advertisers.

In a meeting at the ASA’s London office on Friday, 29th July, ANH-Intl representatives Dr Robert Verkerk and Meleni Aldridge, and Jayney Goddard and Dave Hawkins from the CMA, were told by senior ASA Head of Investigations, Vena Raffle, “You don’t need to worry. This is what we do. We deal with advertising complaints in all areas from roofing to guttering. We can’t be experts in everything, but we work to standards across all areas.”

In the meeting, Dr Verkerk drilled the six ASA representatives over their respective backgrounds and skillsets. Despite somewhat defensive and indirect responses from the ASA, it seemed that none of the relevant staff possessed scientific qualification. Concerns by the CAM sector over the ASA’s approach have escalated as of 1st March 2011, when the ASA expanded its remit to cover the Internet. Additionally, the ASA appears to have accepted the highly controversial approach taken by the European Food Safety Authority (EFSA) toward health claims, one that has resulted in the rejection of some 80% of general function claims for foods and food ingredients submitted for evaluation.

“Evaluating the extremely complex processes that occur when practitioners and patients interact is not something that we think can be done by a non-scientist”, stated Dr Verkerk after the meeting. “Human metabolism is complex enough, yet you have another dimension of complexity when you’re looking at the practitioner–patient relationship”, he continued.

Many claims made by CAM practitioners, assert ANH-Intl and The CMA, are the result of many decades of clinical experience, and are not necessarily limited to what can be found in the peer-reviewed literature, which tends to be both very limited and reductionist in nature.

Commenting on the non-transparent procedure used by the ASA, Dr Verkerk stated: “I was astounded to find that the ASA appeared to have no comprehensive and transparent system of evaluation.  It evaluates complaints in isolation, using only the evidence given to them by the advertiser.  The ASA also told us that no practitioners had given evidence in response to a complaint, whereas both ANH-Intl and the CMA are aware of evidence having been submitted.”

The CMA and ANH-Intl both believe that the future practice of CAM will be increasingly eroded if the ASA continues with its current heavy-handed policy. This includes sending threatening letters to CAM practitioners who, according to the ASA, appear to have breached the ASA’s British Code of Advertising, Sales Promotion and Direct Marketing (The CAP code).

Jayney Goddard said, “We have asked our members how they feel when they get a letter from the ASA and many feel threatened and intimidated, with some being concerned that they may be sent to jail if they don’t comply.  It’s not surprising that some practitioners feel they have no option but to shut down their practice.”

The two groups representing CAM consider the ASA’s approach, in conjunction with that of the anti-CAM skeptic group, the Nightingale Collaboration, to be akin to a “witch-hunt” against CAM practitioners.

“If the basis of adjudications was transparent and took into account the full gamut of evidence, we would not be so concerned,” added Jayney Goddard, “but what we have here is an independent watchdog that appears incompetent to evaluate the field of CAM. Not only that, but the ASA is now dealing with a greatly increased level of complaints from the over-zealous, CAM-skeptic Nightingale Collaboration.  Practitioner–patient relationships can’t, unfortunately, be evaluated in the same way as roofs and guttering.”

The ANH-Intl and The CMA aim to encourage the ASA both to increase the transparency of its evaluation and adjudication methods, and to expand the type of evidence that can be used to substantiate specific claims. The two organisations urge CAM practitioners not to simply ‘roll over’ when challenged by the ASA, but to attempt to justify their claims with the best and broadest range of available evidence.

"Advertisements and other marketing communications by or from companies, organisations or sole traders on their own websites, or in other non-paid-for space online under their control, that are directly connected with the supply or transfer of goods, services, opportunities and gifts, or which consist of direct solicitations of donations as part of their own fund-raising activities."

About Alliance for Natural Health international

Founded in 2002 by Dr Robert Verkerk, the Alliance for Natural Health International (ANH-Intl) is an international organisation that lobbies and campaigns to help protect and promote natural health across Europe, in the USA and beyond. As an active non-governmental organisation, it works with a wide group of interests, ranging from consumers, to practitioners, doctors, scientists, lawyers and natural health companies.

ANH-Intl campaigns across a wide range of fields, including to maintain freedom of choice in natural healthcare, and to see the wider acceptance of natural health modalities by mainstream medicine practitioners. It also operates campaigns that aim to restrict mass fluoridation of water supplies and the use of genetically modified foods. Through its work particularly in Europe and the USA, ANH-Intl seeks to accomplish its mission through its unique application of ‘good science’ and ‘good law’.

About the Complementary and Medical Association