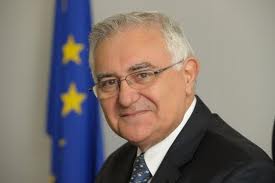 Yesterday ANH-Intl received a formal response from the European Commission (EC) to an open letter sent by its Executive and Scientific Director, Dr Robert Verkerk, to Commissioner Dalli on 24th June 2011. Unfortunately, the response letter provides no answers to the very serious issues ANH-Intl had raised over disproportionate impacts of the EU herbal directive on particular sectors, especially those representing the longest-standing traditions of medicine, such as Ayurveda and traditional Chinese medicine.

The EC letter was signed off by Mrs Joanna Darmanin, and it contains no indication as to whether there was any direct input from Commissioner Dalli himself. The letter’s author criticised ANH-Intl for what it termed “biased reporting” of the Green/European Free Alliance forum, held in the European Parliament on 21st June 2011, without offering any justification for the accusation. The ANH-Intl report contains the link to the full-length video of the forum recorded by the European Parliament itself, and verbatim quotes from particular individuals’ answers on the day. Accordingly, it is hard to see how the Commission considers the reporting biased.

Responding to the essence of Dr Verkerk’s letter, the Commission has now said that the only avenue available for such questions to the Commission is to have them placed formally by Members of the European Parliament in the Committee of Environment, Public Health and Food Safety (ENVI).

The EC letter also considered the ANH-Intl reference to particular individuals within the European Commission as “not appropriate”, once again offering no justification. Dr Robert Verkerk, responding to the Commission letter, said: “It is frustrating to get the cold shoulder from the Commission in this manner. ANH-Intl and other organisations have in the past, and continue to, raise numerous questions in the European Parliament, only to meet with the same whitewashed responses on each occasion. It seems that the Commission is intent on maintaining a monolithic institutional stance, devoid of any individual responsibility. What this amounts to is a particular blend of controlled democracy, where individuals and organisations are only permitted to voice concerns in a way that ensures no one person or group of individuals are answerable.”

ANH-Intl’s concern over the Directive has been further heightened by a newly published study in a peer-reviewed journal that suggests that herbal products in the UK provide inadequate safety information for consumers. The ANH has today published its own analysis of this study, which it finds to be fatally flawed.

ANH-Intl report on the emergency forum held by the Greens/European Free Alliance in Brussels on 21st June 2011. The forum was held so that concerned stakeholders and citizens could question the European legislators on herb policy. [/news/european-commission-fails-to-clarify-eu-herbals-issue]

Response from the European Commission to the open letter, dated 8th August 2011 [/files/110808_Response_from_EC_to_open_letter-to_Dalli.pdf]

ANH-Intl’s critique of the BMC Medicine study that it finds fatally flawed. The study declares that 75% of the over-the-counter herbal products tested in the UK do not come with important safety information, including warnings about important interactions with conventional medicines [/news/shoddy-study-casts-doubt-on-herbal-products-safety-information]

About Alliance for Natural Health international

Founded in 2002 by Dr Robert Verkerk, the Alliance for Natural Health International (ANH-Intl) is an international organisation that lobbies and campaigns to help protect and promote natural health across Europe, in the USA and beyond. As an active non-governmental organisation, it works with a wide group of interests, ranging from consumers, to practitioners, doctors, scientists, lawyers and natural health companies.

ANH-Intl campaigns across a wide range of fields, including to maintain freedom of choice in natural healthcare, and to see the wider acceptance of natural health modalities by mainstream medicine practitioners. It also operates campaigns that aim to restrict mass fluoridation of water supplies and the use of genetically modified foods. Through its work particularly in Europe and the USA, ANH-Intl seeks to accomplish its mission through its unique application of ‘good science’ and ‘good law’.