Home News EFSA joins the EMA on the naughty step 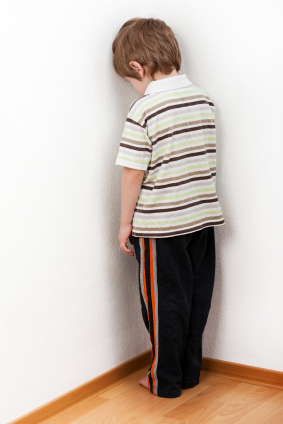 EFSA joins the EMA on the naughty step

Are there any European Commission (EC) departments that aren’t corrupt, we wonder? Keep the pressure on: write to EFSA and demand that it clean up its act!

The latest CEO/RES report found that two recently appointed members of the EFSA panel convened to assess food additives, including aspartame, failed to declare ongoing consultancy work for the International Life Sciences Institute (ILSI).  Hiding behind this innocuous name is a motley crew of Big Food’s dirtiest operators, including Hershey, McDonald’s, Nestlé, Kraft Foods, Procter & Gamble, Coca-Cola and Unilever. Obviously, several of these companies have a clear vested interest in EFSA maintaining its positive opinion of aspartame and other food additives.

This new revelation follows hot on the heels of a CEO investigation from June this year, which found that 55% of the same EFSA panel were conflicted by industry ties, according to the conflict of interest definition used by the Organisation for Economic Co-operation and Development (OECD). As the new CEO/RES report states, “Four members of the same scientific panel “updated” their declarations of interests following [the June 2011] CEO report revealing their undeclared consulting activities with ILSI”.

All this and bullying too

EFSA has really outdone itself with its response to these stories. Skating over the fact that the immediate alteration of several declarations of interest by panel members effectively admitted their guilt, EFSA initially responded by accusing CEO of getting its facts wrong. When this didn’t work, they resorted to the stock approach of bullies and cowards everywhere: they wheeled out the lawyers.

A letter dated 16th September 2011 sent by EFSA to CEO takes issue with a spoof logo used by CEO to illustrate their latest exposé. CEO altered the EFSA logo to read ‘European Food Industry Authority’, and it speaks volumes about EFSA that this mild satire prompts such a childish, draconian response.

Back in 2008, GM Watch posted a related piece that contains a translation of comments made originally in Dutch by Dr Herman Koeter, former EFSA director who resigned in 2008. His remarks painted a picture of an organisation on the brink of collapse: “An internal survey shows that the staff is very dissatisfied. Koeter said fewer and fewer scientists are willing to work for EFSA. While in 2003, 235 people responded to a vacancy, now it’s only 70...An internal survey in January [2008] showed that less than one-third of the staff called the working atmosphere ‘good’. More than half believed the environment was degrading.” And in 2011? Well, spraying around spurious lawsuits at the first sign of criticism is certainly not the behaviour of a happy or well-run department.

Turning over a new leaf or another whitewash?

If you believe in coincidences, we have a great one for you here. On 12th October, EFSA is hosting in Brussels a ‘workshop on Independence and Scientific Decision-Making Processes’. We are promised that the workshop will, “Discuss some of the key issues behind independence and trust in science”.  By holding this workshop, EFSA is giving the appearance of being prepared to openly field questions – which it should, bearing in mind both the recent criticism that has come its way, and the fact that it maintains a policy of transparency. This latter, in our view, is no longer worth the paper it’s written on.

So far, in similar gatherings, we’ve seen EFSA refuse to be flexible and, rather than listen to and act on criticism, simply try to justify its scientifically – and ethically – untenable position. And what role will ILSI and ILSI members play?  Will they sit by EFSA’s side, defending its approach?  Or will they dare to expose the madness going on within one of the seven European institutions?  We’ll be attending the meeting, and so will be able to pose some difficult questions.  But in the end, it will be about the answers that EFSA is able to give.  Watch this space for our report on the meeting.