Home News ANH-Intl Feature: Is the rise of type 2 diabetes as unstoppable as governments make out? 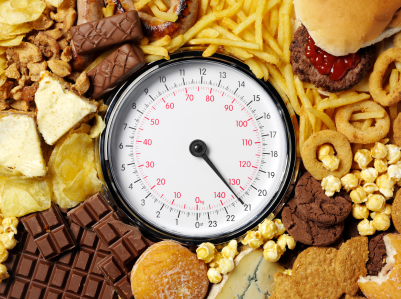 ANH-Intl Feature: Is the rise of type 2 diabetes as unstoppable as governments make out?

We look at the UK&rsquo;s latest concerns over the diabetes time bomb

According to the charity Diabetes UK, diabetes is running rampant in the UK: an estimated 2.9 million people now have the condition, 90% of which are cases of type 2 diabetes.  Type 2 diabetes used to be referred to as adult-onset diabetes, but that tag has been dropped since it was found to be developing in children because of inappropriate diet and lifestyle. UK general practitioners (GPs) only began publishing figures in 2005, and diabetes incidence has increased by nearly 50%, from 2 million, in the 6 short years since then.

As followers of ANH-Intl are likely all too aware, type 2 diabetes is a metabolic disorder that is not only easily preventable, but one that can very often be handled through dietary and lifestyle measures alone – no drugs required!  If the diabetic tide is to be reversed, surely the time has come for health authorities to promote these simple and effective strategies?  In fact, is this the issue that should finally be used to pull public health policy away from the grasp of Big Pharma interests?

Diabetes prevalence is similar across the Western world. In the European Union (EU), the most recent figures reveal that 7.5% of the adult population aged 20–79 years was either type 1 or type 2 diabetic in 2003.  In 2011, nearly 26 million Americans of all ages have diabetes, which equates to 8.3% of the US population; 95% of these patients, or 24.7 million Americans, have type 2 diabetes.

Staggering under the weight

Type 2 diabetes is well known for its close association with obesity, but it’s not just diabetes patients who are having difficulty with excess baggage.  Western health authorities themselves are increasingly struggling with the burden of caring for diabetic patients.  The UK’s National Health Service (NHS), for example, spends a disconcerting 8.4% of its total prescribing budget for England (i.e. not including Scotland, Wales or Northern Ireland) on diabetes.  Total type 2 diabetes-related costs in the US were estimated at an incredible $206 billion in 2007, a figure that has doubtless risen considerably since then.

Keeping it simple in diabetes management

Orthodox Western medicine has developed a bewildering array of technological approaches to diabetes management. These range from the insulin that is essential for type 1 diabetics, to type 2 diabetes drugs like metformin and the sulfonylureas, to blood-glucose monitoring devices.  At a basic level, these therapies all operate on the assumption that type 2 diabetes is a progressive condition caused by two main mechanisms:

However, and again at a basic level, type 2 diabetes is actually a collection of effects that all stem from a severe metabolic (and psycho-neuro-endocrinological) disorder, caused almost entirely by inappropriate diet and lifestyle.

Insulin resistance lies at the heart of the vast majority of cases of type 2 diabetes. And it's the improper regulation of blood glucose, which allows too much glucose to circulate in the bloodstream, that causes all the diabetes-associated damage to the eyes, kidney, nerves and blood vessels.  So what is it about our 21st century diet and lifestyle that’s so deadly?  In the end, it boils down to the junk foods, the easy meals, the fizzy drinks…and all the things that so many people already know are not good for them.  Simply put, the factors that lie at the heart of this complex metabolic disorder are:

Drug companies are on a constant search for a ‘magic bullet’, their attentions moving to the next target once their latest candidate has been shown to fail.  They also zealously exploit the misfortune of so many who have not been given proper diet and lifestyle advice.  The big question is, why aren’t dieticians getting on top of this one?  Are they too tightly linked to Big Food to be able to do the dirty on them? The skyrocketing rise of type 2 diabetes is, after all, clear testament to the failure of metformin, Avandia – now banned in Europe, because it has been shown to increase heart attack and stroke rates, but still selling in the US – and other anti-diabetes drugs, which have spectacularly failed to halt the march of the disease.   Let’s face it, type 2 diabetes isn’t caused by a drug deficiency, it’s caused instead by what we eat and how we behave.

The World Health Organization (WHO) agrees: “Participation in 150 minutes of moderate physical activity each week (or equivalent) is estimated to reduce the risk of...diabetes by 27%...Lifestyle interventions addressing diet and physical activity are considered a first-line intervention for the prevention of type 2 diabetes”.   Rather than being an inevitable one-way ticket to insulin dependence or disability and death, type 2 diabetes can be managed and even reversed by comprehensive programmes of lifestyle modification and dietary changes.  Clear the channels and provide the right conditions, and the human body is pretty miraculous at regaining its balance – a fact recognised by the ancient healing traditions, and by natural medicine in general.

Time for the natural approach!

It should be obvious to everyone by now that the current medical paradigm for management of type 2 diabetes is simply not working.  And because it doesn’t address the root causes of the condition, other than through perfunctory ‘diet and lifestyle’ interventions that are treated as a side order to the main course of drugs, it never will.  We believe that policymakers and health authorities must grasp the nettle by basing their diabetes management programmes centrally on sensible, comprehensive, scientific principles that deliver effective treatment or disease prevention, instead of a twilight existence of drug dependence and ill health.   Given the increasingly young age of victims of type 2 diabetes, the disease is a time bomb that must be defused now, not in 10 or 20 years’ time.  The first step is to get health professionals and governments to understand that we already have the solution to this epidemic: it comes in an undisputedly all-natural form.

Cut to the chase – how to beat insulin resistance

We strongly urge you seek professional advice, from a practitioner qualified and experienced in nutritional therapy or functional medicine, to help develop a programme that is specific to your individual circumstances and genetic background. Nevertheless, there are some general elements of diet and lifestyle advice that are applicable to most people.  These approaches have been demonstrated to help restore healthy blood-sugar levels, particularly among those who have become insulin resistant or who suffer from metabolic syndrome.  In the absence of specific information on individual cases, these measures should be considered generalised positive changes, rather than absolute advice:

*We know this advice runs contrary to what you may have read or been prescribed by some natural health practitioners in the past, but science is constantly evolving. This will be the subject of a future ANH-Intl feature, but in short, there is a strong link between low-grade inflammation and insulin.  The link between low-grade inflammation and chronic disease, e.g. type 2 diabetes, is well known.  So taking action to dampen and eradicate the inflammation through allowing your insulin level to return to baseline (i.e. resting level) is very effective and quick.

Contact your elected representatives and health authorities and urge them to look closely at successful diet and lifestyle approaches to diabetes prevention and management!

Remind them that these are the only ways to both reduce the prevalence of type 2 diabetes while, at the same time, reduce the associated costs to society and health systems.

If you have been diagnosed as pre-diabetic or type 2 diabetic, find a nutritional therapist, naturopath or clinical nutritionist that can advise you how to manage your diet and lifestyle so that you can restore your health without necessarily needing to rely on drugs. If you find a dietician who gives you advice that is useful and that is shown to work, we’d love to hear about it (email [email protected]).