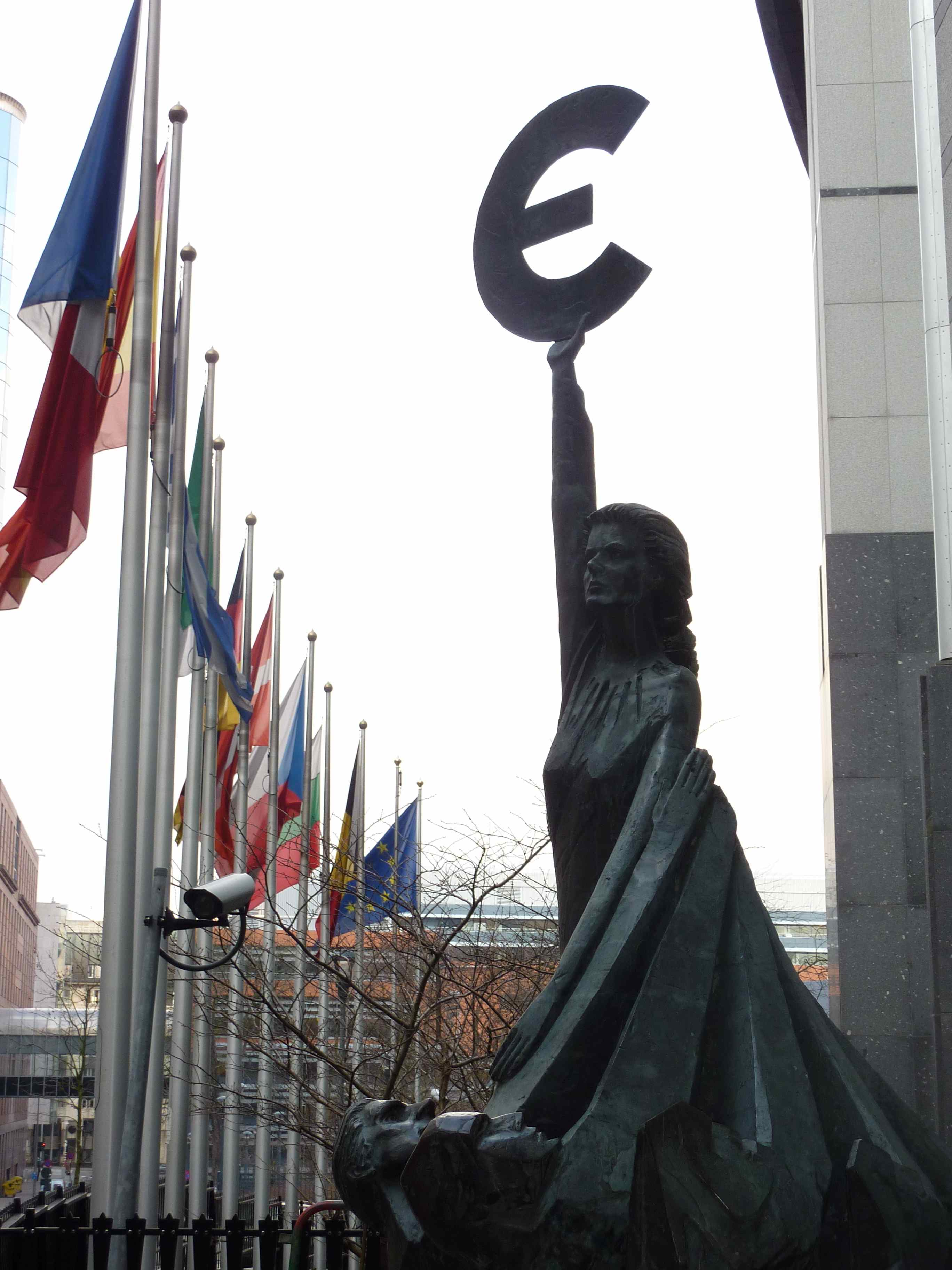 Natural health and the Eurozone crisis

Parallels between the Eurozone upheaval and our healthcare crisis

It won't have escaped your notice that the EU is in serious crisis at the moment, and quite possibly in slow-motion economic collapse.  But what kind of solutions are being considered?  Isn’t it interesting that there are still so many who think the very elite that cooked up the notion of a monetary union in Europe is still being relied upon for a solution?  What we’ve tried to do in this piece is draw some parallels between the economic and healthcare crises, both of which we believe can be resolved only if we start to do things in a very different way.  Doing things the same way inevitably delivers more of the same, and if those behaviours put you squarely into crisis, why is it so hard to change tack?  We feel that this perspective may help us to better understand what it is that we need to do to help bring a solution – not only for our economies, but also for healthcare system.  Let’s put some of this into context. ?

Repetitive nature of the current crisis

It took plenty of negotiation and late nights – and, no doubt, some delicious multi-course meals – before EU leaders came up with the latest economic rescue plan.  To us, it seems the can has just been kicked a bit further down the road.  Unless EU leaders change something fundamental about the way the Union works, the Euro will lurch from crisis to crisis.  Interestingly, some of the highest-ranking EU bureaucrats are now talking about “treaty change”.

In this context, the current crisis may be an ongoing vindication of those who always warned that the Euro project could never work, because it shoehorned so many currencies of widely differing countries under one umbrella.  Apart from being on the same continent, many European countries have wildly disparate social cultures, economic systems, attitudes, values and historic economic power.  Greece and Germany are unquestionably on opposite ends of the spectrum and it’s no wonder that this contrast has been so evident in the recent crisis.

Dare we suggest that the entire situation provides a parallel with modern orthodox medicine?  Well, here’s our thinking.  More and more science tells us that if we don’t put the individual, along with his or her specific genotype and background, centre-stage in our healthcare system, we get very disappointing outcomes.  This is where the notion of patient-centred healthcare comes from, an idea that is increasingly repeated in all corridors of medicine and healthcare, from conventional through to the most alternative.  We see nothing but failure if we look at the ‘pill for an ill’ type of healthcare system that emerged after WWII. In the early days of penicillin, the system promised so much, but actually it’s delivered very little.  It’s barely touched the scourge of chronic disease that provide the main burden on healthcare systems worldwide.

By moving so far from nature and actively rejecting its wisdom, drug-dependent medicine is really just another experiment like the Euro, and one that never really stood a chance of succeeding.  For proof, look no further than recent statistics showing that deaths from pharmaceuticals now exceed those of traffic accidents in the USA.  By contrast, natural healthcare, in its many forms and guises, uses nature as its guide and treats the person, not the disease, working gently to bring the body back into balance (homeostasis).  What we need, both in economic and healthcare terms, is to celebrate and nurture our individuality as people, cultures and nations, with our different diets, traditions and folklore.  Looked at in this way, objecting to the authoritarian EU and its attitude to natural healthcare is less 'Euroscepticism' than a genuine 'pro-Europeanism'!  It’s about helping to develop a robust social, political and economic system that works for the 500 million people of Europe and not just for the corporations, banks and governments that seek to tell us what they think we need.

Authoritarian nature of the EU's response

The European Commission, the nerve centre of the EU, is essentially an undemocratic institution, with unelected Commissioners taking decisions unilaterally that affect millions of EU citizens.  Commissioners, and the teams of unelected bureaucrats that surround them, tend to become highly irritated when elected Members of the European Parliament (MEPs) dare to question them.  As such, it's unsurprising that the EU's response to the economic crisis has been top-down; in essence, “We'll make the decisions while you little people watch and feel the consequences.”  In all probability, the EU cannot function any other way at present.

Orthodox medicine is much the same in terms of its attitude toward patients, despite all the current lip-service paid to patient-centred care.  We can also see its paternalistic, one-size-fits-all ethos in the EU legislation that so threatens herbal medicine, food supplements and free speech in the form of the Traditional Herbal Medicinal Products Directive, Food Supplements Directive and Nutrition and Health Claims Regulation, respectively.  This is the same system that uses flawed and unvalidated science to exaggerate the risks of natural healthcare, but has no useful solutions for non-communicable diseases like cancer, heart disease or type 2 diabetes.  Natural medicine, by contrast, is individualised, 'grassroots' medicine that empowers people to take control of their own health and offers genuine solutions to the chronic diseases that plague the Western world, as well as increasingly all other nations that have fallen victims to western diets and lifestyles.

Widespread effects of the crisis

The economic crisis currently being experienced in Europe is unlike any other in living European memory, since it threatens the bankruptcy of entire nations.  By its very nature, therefore, no part of any Member State economy will be left untouched, and areas relating to natural healthcare are no exception: agriculture, including organic; manufacturing, say of food supplements or herbal products; herb cultivation; food production, again including organic; import and export of practitioner products; the list goes on.  Sparing no part of the economy, it’s interesting to observe that Big Pharma and Big Food will also feel the pinch, but this could mean further promotion of cheaper medicines for a wider range of conditions.  None of this will do anything to solve the healthcare crisis, nor will any centralised solution help, in our view, pull us out of the economic crisis.

All of us want to live in a more stable economy, and enjoy a good quality of life.  One of the major factors affecting quality of life is of course our health.  In our view, the chronic disease time bomb is set to cause even more distress than the much-talked about economic collapse, because we know that happiness is actually not dependent on economic wealth.  If it was, wouldn’t all the poor be downright miserable and the rich would be in continuous blissful state.  Many of us may have observed quite the opposite trend, if ever there was one!

The point we’re really making here is that we shouldn’t be looking for a centralised, top-down solution: not to solve our economic woes, nor to solve our healthcare crisis.  Just as good medicine and healthcare dictates that we take the patient centrally into account, managing the delivery of the system around the individual’s idiosynchracies, exactly the same is true of Europe’s former nations.  Bundling 17 of them into the Eurozone and trying to manage them centrally, ignoring their massively different states of development, priorities, cultures, backgrounds and aspirations, was always going to be a recipe for disaster.  A solution, just as in healthcare, will come — we believe — from decentralised control and the regaining of sovereignty.

Perhaps it’s just natural selection at work.  Should the Eurozone follow it’s natural course — without aid from China, for example, and collapse, — would it not make way for something better?  Would it not allow the development of a more stable, richer and more dynamic system that celebrated the diversity of cultures and values found among Europe’s half a billion strong population?  Oh, and working with the human body, rather than against it, would resolve the healthcare crisis.  But there’s one problem in the way; we’d need to see the collapse, not of the economies, but of the Big Food, Pharma and Biotech companies that have assumed such control over our lives.